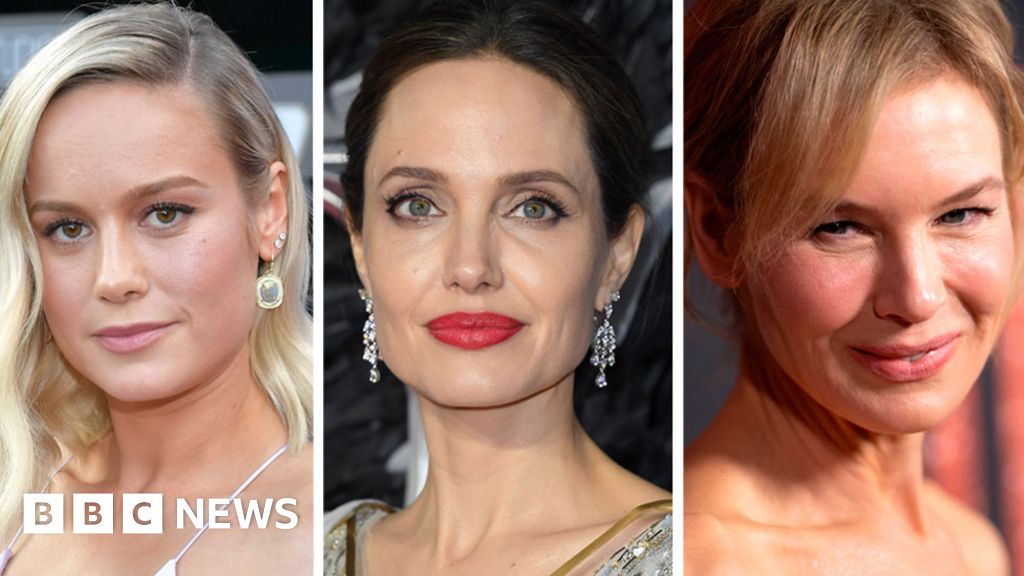 Female characters had their biggest-ever representation in box office movies in 2019, according to research.

The Center for the Study of Women in Television and Film said a record 40% of last year's highest-grossing US movies had women in a lead role - up 9% on last year.

Its annual report added that 43% of the biggest movies had a male lead.

Films on the list include Avengers: Endgame, Captain Marvel, Joker and Maleficent: Mistress of Evil.

Compiled from information from Box Office Mojo, the study also said that titles with equal male/female leads or ensemble casts accounted for the remaining 17%.

But film critic Dr Rebecca Harrison told the BBC the increase of representation in leading women on screen is "great" for megastar white actresses like Brie Larsson, Angelina Jolie, Renee Zellweger, Scarlett Johansson and Margot Robbie - who received two Bafta nominations in the same category - but that "for women of colour, representation is still appalling".

The female characters in question proved to be white 68% of the time, compared to their black colleagues (20%). Asian women made up 7% of the roles and Latina women 5%.

"The intersectional oppressions are alive and well," said Dr Harrison.

The survey - which began in 2002, when big female lead roles were at a lowly 16% - arrives after a week of criticism around the unfair treatment of women and black and ethnic minority people either side of the camera.

It's a Man's (Celluloid) World, which is the name of the study, suggested that in films with at least one female writer and/or director, 58% of the main characters were female. That figure dropped to 30% in films made by men.

Last week the Golden Globes again failed to recognise any women, including Little Women filmmaker Greta Gurwig, in their five-strong all-male pool for best directors - won by Sam Mendes for his war epic, 1917. And this week no women were nominated in the same category for a seventh year in a row at the Baftas.

Bafta boss Amanda Berry admitted she was "very disappointed" by the lack of diversity.

Deputy chairman Krishnendu Majumdar said the lack of female directors nominated was an "industry-wide problem" and they were "fiercely doing something about it" with schemes like Elevate, which supports talent from underrepresented groups.

Dr Harrison believes that while it's fine for the institutions to say they're disappointed, they now have to "actively work hard to change the rules" of how the industry operates "otherwise, it's just meaningless headlines".

"I think after Michelle Williams was talking the other day at the Golden Globes, and she gives a big empowered speech about how women need to vote for themselves and lots of white women applauded, while lots of women of colour were immediately speaking to the fact that white women have always voted in their own interest and always acted in their own interest. I think that you can see that in the film industry.

"One of the arguments in this is that representation on screen improves when diversity behind the camera improves as well. So if there are more white women getting access to the director's chair and to production roles, that's great. But that's not going to translate into improved representation for women of colour and men of colour, who have also lost out here".

She added: "The one thing that did surprise me slightly was the news that it's actually studio films where the most positive increases have happened and indie films have gone backwards".

The academic and author believes studios often get "a lot of justified criticism" about the fact that they're "only doing representation in a kind of a corporatised way", by using the same safe familiar and sellable white faces.

Female-speaking characters overall, according to the research conducted out of San Diego State University, fell by 1% to 34%.

"If they think that it will improve box office, they will do it. Otherwise they just don't bother".

Despite the upward trend at the top, Dr Harrison believes it's the role of film critics to continue also hold producers of independent films - "the spaces where women have historically had better access" to account with regards to diversity in order to keep "affecting positive change."

The new statistics, she said, also only analyse female performances in a quantitative, rather than qualitative way, and should therefore be approached with caution.

Female characters were far less likely to have leadership roles or identifiable jobs than their male counterparts, the study said, with 26% of women in leadership roles, compared with 74% of men .

The Bechdel test is often used as a measure of the representation of women in fiction. Quentin Tarantino shut down one journalist's attempts to ask him about the fact Margot Robbie had relatively few lines in his Golden Globe-winning Once Upon a Time... In Hollywood.

Dr Harrison said: "It's all well and good saying, 'OK women were protagonists in 40% of the films, but we don't really know what their role was in those films without looking at the kind of qualitative textual analysis that goes on, beyond just the numbers.

"So where these women protagonists in films where they were being represented in a positive way? Did they die at the end? Were they the survivors of some kind of horrific sexual abuse or so on screen? Where they given lots of dialogue?"

She concluded: "I think all of these conversations are always about trying to find a balance between celebrating the positive, but also making sure that we're constantly paying attention to areas for improvement."