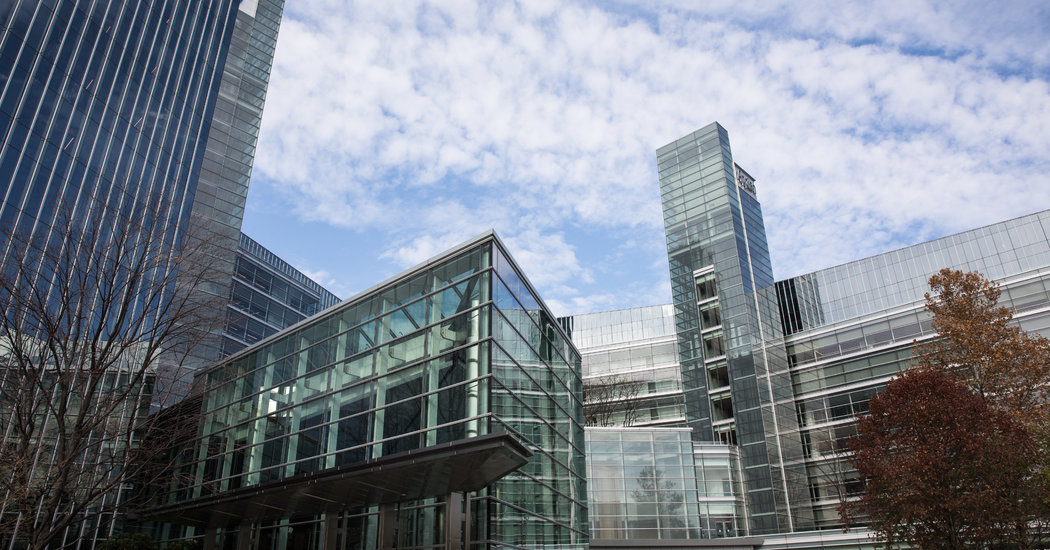 The deal to create the largest newspaper company in the nation — which became official at 4:10 p.m. on Tuesday — came about with remarkable speed for a merger that will reshape the media landscape.

In August, Gannett, the parent company of USA Today and more than 100 other dailies, and New Media Investment Group, the owner of the newspaper chain GateHouse Media, announced their intention to join forces. Over the next two months, the plan breezed through the regulatory process, winning approvals from the Justice Department and the European Union. Last week, shareholders at the two companies voted yea. And now one in five daily papers in the United States has the same owner, under the Gannett name, according to figures provided by researchers at the University of North Carolina.

The combined company will have its headquarters in Gannett’s home base, McLean, Va., and will be led by Michael E. Reed, the GateHouse chief executive since 2006. The job puts him in charge of more than 260 dailies — from small papers like The Tuscaloosa News in Alabama to big ones like The Detroit Free Press.

GateHouse’s acquisition of Gannett, a cash-and-stock transaction valued at roughly $1.2 billion, was intended to give the combined companies an annual savings of some $300 million. Mr. Reed said the bulk of the savings “is not going to come from editorial,” meaning newsrooms would be largely spared.

Pressed to say more, Mr. Reed added: “I can’t give you an exact number, but almost nothing. I mean, just for context, there’s 24,000 employees in the two companies, and a significant portion of the cost reductions are going to come from things other than people. But, obviously, people’s a part of this as well. Out of 24,000 people in the company, there’s about 2,500 that are actually writing stories every day. So it’s a small number, relative to 24,000. So there’s so much opportunity beyond the newsroom for us to go get these efficiencies.”

Paul Bascobert, the former Gannett chief executive who will run the newspaper division, seconded that statement, saying the company’s mission “is to connect, protect and celebrate local communities.”

Newspaper executives have sung this tune before, only to end up making aggressive cuts in an industry that has struggled since the one-two punch of the recession more than 10 years ago and the rise of digital media. Twenty-five percent of newsroom employees were laid off between 2008 and 2018, according to the Pew Research Center.

GateHouse and Gannett have both cut newsroom employees in recent years. GateHouse consolidated some business functions at a center in Austin, Texas, resulting in layoffs elsewhere, and laid off more than 100 newsroom employees in the spring. Gannett has let go dozens of journalists, including prominent sportswriters and a Pulitzer Prize-winning cartoonist.

Mr. Reed and Mr. Bascobert, who spoke with The New York Times at the USA Today office in Midtown Manhattan, said the savings they had in mind amounted to 8 percent of annual costs. “So it’s not an overwhelming number — very achievable,” Mr. Reed said.

The News Guild, which represents journalists at many of the company’s newspapers, has been critical of the merger. The union “intends to hold managers of the new Gannett to the promises they have made,” the News Guild president, Bernie Lunzer, said in a statement. “We will continue to demand that they fund high-quality journalism.”

Mr. Reed said he would make newsroom decisions with the help of data that tracked reader interest and the output of journalists. “The ability to measure production at the reporter level allows us to get stronger and healthier and do more quality local journalism with the same amount of resources, potentially,” he said.

He seemed aware that his stats-based approach to newsroom management was not likely to sit well with the union. “The Guild would fight me on that, and say, ‘We should do business like it’s 1950,’” Mr. Reed said, adding, “I frankly think the Guild’s a big problem, and until we can get them to sit at a table and have a real discussion about where the world is today, there’s going to be inefficiencies.”

Douglas Arthur, an analyst at Huber Research Partners, questioned Gannett’s approach, noting that New Media Investment Group and Gannett had missed revenue projections in the most recent quarter. “The only way they can support it,” Mr. Arthur said, speaking of the newspaper industry in general, “is to cut costs. And it feeds on itself: Subscribers go down, advertisers pay less.”

The merger raises another question: What does it mean that the beleaguered newspaper industry, considered essential to democracy, is controlled by ever fewer corporations, many of them with a focus on finance rather than covering the news?

The supersize version of Gannett has a byzantine corporate structure. It will be managed, under an agreement that lasts two more years, by Fortress Investment Group, a private equity firm in Manhattan. Fortress was the entity that controlled New Media Investment Group, the parent of GateHouse Media.

Fortress, in turn, is owned by SoftBank, the Tokyo conglomerate founded by Masayoshi Son, a brash executive who had a friendly meeting with Donald J. Trump in December 2016, when Mr. Trump was the president-elect. (Mr. Son was also a driving force behind the all-but-final megamerger of Sprint, a SoftBank-controlled company, and T-Mobile; that deal won regulatory approval after a lobbying campaign that included company executives staying at the Trump International Hotel in Washington.)

Iris Chyi, a professor at the University of Texas School of Journalism, expressed concern that the newspaper business was in fewer corporate hands. “From a media economics perspective, more competition is always better,” Ms. Chyi said. “We don’t want a company to have way too much power.”

Mr. Reed grew up in Elmira, N.Y., and was once a delivery boy for The Star-Gazette there — the descendant of The Elmira Gazette bought by Frank E. Gannett in 1906. It was the first publication in what would become a newspaper empire.

Now a part-time resident of the Rochester, N.Y., area, Mr. Reed noted that the new incarnation of Gannett would have two publications in that part of the world: The Daily Messenger, in Canandaigua, formerly a GateHouse publication, and The Democrat and Chronicle, a longtime Gannett daily in Rochester.

“I think both products get stronger,” he said, “because now we’re going to be able to share those resources.”

When he spoke of how Gannett would manage the neighboring papers, he mentioned the newsroom. “Do we need two people covering the Rochester Red Wings?” he asked, referring to the minor-league baseball franchise. “So that’s where we potentially redeploy assets.”