Best Supporting Grandma? For ‘The Farewell,’ an Oscar Campaign Begins 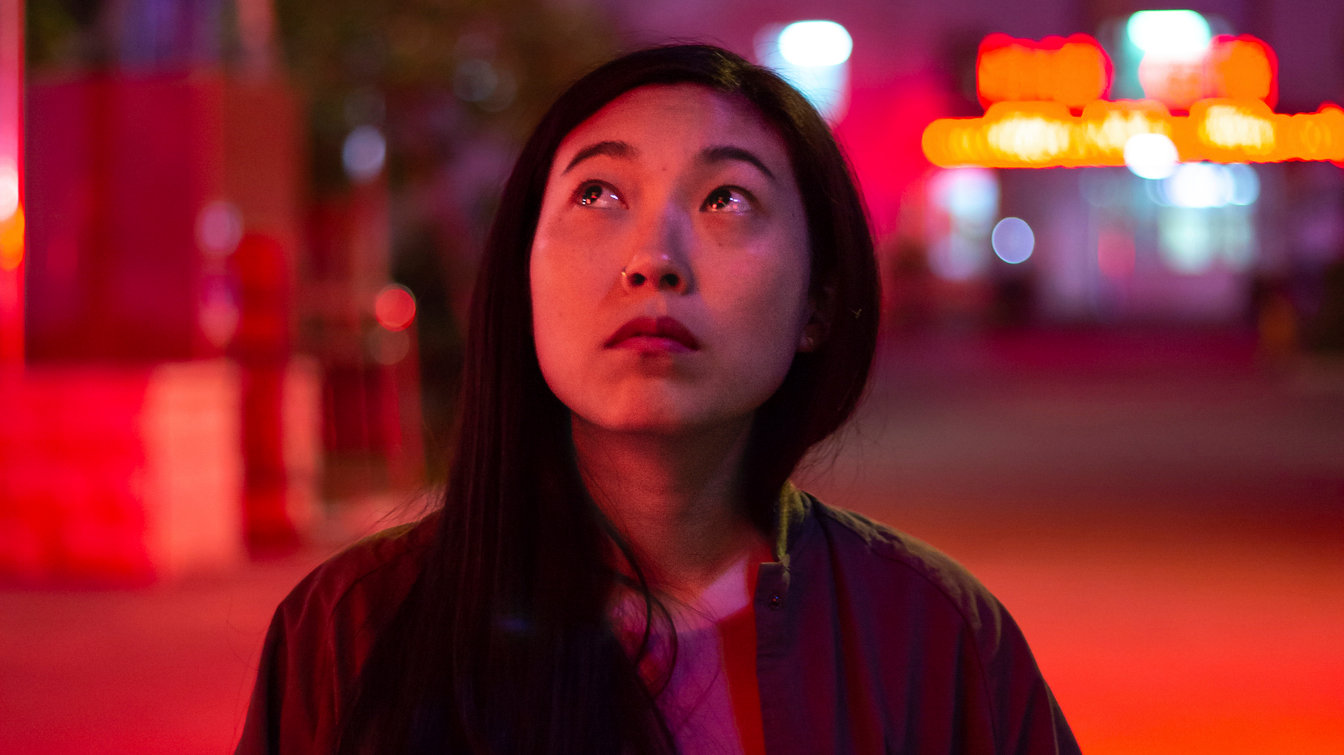 Best Supporting Grandma? For ‘The Farewell,’ an Oscar Campaign Begins

What would you do if everyone was talking about a movie you hadn’t seen?

Let’s say that movie was “The Farewell,” an indie smash from this summer about the members of a Chinese family who try to keep their beloved grandma from learning about her terminal-cancer diagnosis.

And now, let’s say you’re the actress who played the grandma.

Yes, Zhao Shuzhen may be earning Oscar buzz for her work as the matriarch Nai Nai in “The Farewell,” but that doesn’t mean she’s actually been able to watch the movie she stars in. “I didn’t know it was such a phenomenon!” the 76-year-old Chinese actress told me one night in early November, after she had reunited with her director, Lulu Wang, and co-star Awkwafina to introduce the film at an awards-season screening in Beverly Hills.

It was Shuzhen’s first-ever trip to the United States, and she’d been caught off guard when people at the screening recognized her. Many were on their second viewing of “The Farewell,” which is two more times than Shuzhen herself had been able to see it. “The attention, the praise, it’s inconceivable to me,” she said through a translator. But at least Shuzhen had a good excuse for being late to the party: “It hasn’t come out in China yet,” she told me, “and I’ve been so busy filming.”

Though “The Farewell” was Shuzhen’s American debut, she is well-known and oft-booked in China, where she appears in several television dramas a year. “Some dramas require the grandma to have a bigger part, and other dramas don’t use the grandma as much,” she said. But in her 70s, she was happy to be so prolific. “To have started at 16 and now be at an old age and still be acting, I’m just grateful for it.”

That night in Beverly Hills was the first time Awkwafina had seen Shuzhen since they finished filming last year. As the older woman spoke, Awkwafina gazed at her reverently. “I’m getting a little emotional just sitting with her right now,” Awkwafina said. “After what’s happened with this movie, I want her to know that she’s loved here.”

It was a dynamic not unlike the one shared by their characters in “The Farewell,” where Awkwafina plays Billi, a New Yorker who returns to Changchun upon learning of her grandmother’s diagnosis. Billi’s parents ask her to keep Nai Nai in the dark about the state of her cancer — they believe that if she’s told she has mere months to live, she will lose all hope and succumb — but Billi struggles to deceive the matriarch she so adores.

Regal in an aubergine coat and pearl necklace, Shuzhen beamed as Awkwafina and Wang caught her up on the film’s success: Since its July release in the United States, “The Farewell” had become one of the year’s highest-grossing indies. “Having her here is a reminder that the film became so much bigger than we thought,” Wang said. “I’ve been all over the world talking about it and it’s been released in multiple languages,” she added, saying she was tickled by Shuzhen’s surprise. “She’s like, ‘I haven’t seen the film yet. I hope it’s good!”

The women all laughed, but Wang was sincere. “It’s all really validating,” she said. “We know what it took to make this movie. It might look effortless and natural, but when I watch the film, I see every single battle that went into it.”

When Wang first tried to mount “The Farewell,” financiers balked at the all-Asian cast, tricky mix of tones and potential language barrier — 80 percent of the dialogue would be Mandarin — and recommended that Wang add more romance and English. Still, Wang had based the film on her own family’s true story, and she was determined to hold fast to what had really happened.

“It was something else that was driving me, something intangible,” she said. “But it can be really hard to listen to that voice and trust yourself.”

Many of those same conflicts will come up again now that “The Farewell” is being positioned for an award-season run. Should the movie be categorized as a comedy or drama? And with its mixture of Mandarin and English, should it be defined as a foreign-language film or an American indie?

For the Golden Globes, “The Farewell” has been ruled a contender for the foreign-language film award, and the arcane rules of that competition restrict such movies from vying for the top comedy and drama trophies. The Oscars have no such stipulation, but the academy doesn’t classify Wang’s film as an international-feature contender, since it was produced in the United States.

These rules can feel arbitrary and out of step with the realities of an increasingly global film landscape, and Wang noted that the academy had recently come under fire for rejecting Nigeria’s submission for the international-film Oscar because it contained too much English. Pointing these things out sometimes made Wang feel self-conscious: “You go, ‘Oh no, I don’t fit in!’” Still, she was happy to be part of the complicated conversation about what constitutes a foreign film, and through whose eyes.

“Until you have a real film that challenges the traditional categories and the ways of looking at things, you’re not having those conversations in a specific way,” she said.

A WEEK LATER, I caught up with Wang and Shuzhen at another award-season event, this one held at a trendy West Hollywood hotel. As people rushed Shuzhen for hugs and selfies, Wang gave me an important update: “Zhao,” she said, “has seen the movie.”

Across the room, Shuzhen confirmed the news. The distributor A24 had set an intimate screening of “The Farewell” for her and her daughter, and “I was very moved,” Shuzhen said.

Her translator, Eugene Suen, leaned over to me. “She didn’t say this, but I can tell you, because I sat very close to them: They were all wiping away tears,” he said. “When I saw that, I was like, ‘O.K., I think she likes it.’”

Over the last several days, Shuzhen had taken to the awards circuit with gusto, doing countless interviews and turning up at several important soirees: At an event held by the group that votes for the Golden Globes, she had even met Robert Pattinson. Her first American trip was about to end, but now that she had fully come to understand what “The Farewell” meant to audiences, she wasn’t quite ready to say goodbye.

“Honestly, I don’t want to leave,” Shuzhen said. “People here are so nice, I’m going to miss everyone.” Nearby, a man cradling a champagne glass and a Chihuahua discreetly took her picture.

What if the Oscars give Shuzhen a reason to return to this crazy city in the form of a supporting-actress nomination? I asked her if she’d be willing to make some more room in her schedule, and she blushed.

“I guess I would say I’m hoping for it, I’m longing for it,” Shuzhen said. “And if it doesn’t happen, I can just dream about it.”