Christmas adverts - do they really work? 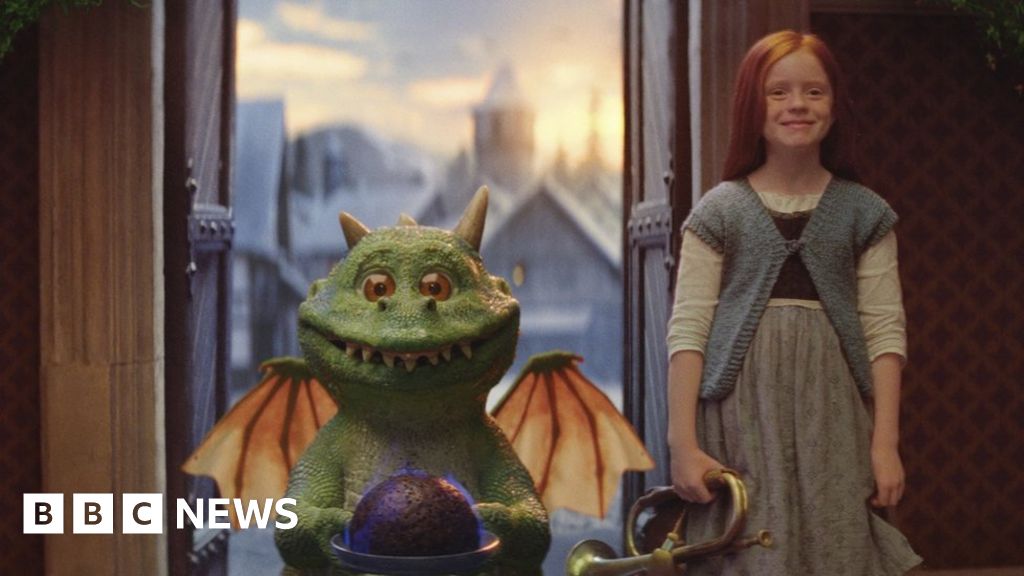 Christmas adverts - do they really work?

"I think Christmas ads are pretty good. They're not too commercial and they cheer you up," says 19-year-old Johan Stone.

It seems to be a common view on a busy London shopping street, where I struggle to find anyone who dislikes them.

We're only a few weeks into November and the Christmas advertising campaign season is well under way, with big budget ads from John Lewis, Sainsbury's, Ikea and Amazon already gracing our screens and social media.

The lavish productions rack up millions of hits on sites such as YouTube.

They may be popular, but people are less sure about whether these ads actually benefit the big brands behind them.

"I enjoy them but they don't make me rush out to buy stuff," says Jeanette Sewell, who is retired. "I already know where I'm going to do my Christmas shopping and what I'm going to buy."

At a time when many consumers are reining in their spending, this sort of reaction has raised alarm bells in some quarters.

Festive campaigns typically cost in the millions, with most of that money being spent on buying advertising space. Last year, John Lewis was said to have spent about £8m on its ad featuring Elton John playing his hit Your Song.

It led Apprentice star and business mogul Lord Sugar to call the campaign a waste of money that would have "no impact on sales".

It is true the ad came at the end of a particularly difficult year for John Lewis. But the retailer says the campaign was an unmitigated success, attracting 50 million views across social media.

"Our ads always deliver an excellent return on investment at a time of year that is critical for us, generally delivering 20 times the return on our original spend," a spokeswoman tells the BBC.

It says UK consumers spend about £30bn in the so-called "golden quarter" leading up to Christmas, and competition to attract their attention is fierce.

A great Christmas ad will help them cut through this noise and "sparks conversations", says chief growth officer, Jane Bloomfield.

Consumers also love them, she says, and they create merchandising opportunities. Note the popularity of Aldi's Kevin the carrot toy, which is based on the character in its ads.

"The impact also isn't just at Christmas - it will set you up for the year ahead. It is important to remind consumers of your brand at this time of year," Ms Bloomfield says.

As for the big budgets, she says retailers will typically make back the costs of their Christmas ad in a day during the busy festive period.

However, she admits not all ads will hit their intended target.

According to Kantar Millward Brown, a good Christmas ad should:

Ms Bloomfield says that Amazon's ad this year is well made and a "real crowd pleaser", offering something for "young and old with humour and warmth".

In the ad people give each other gifts packaged in singing Amazon boxes, set to the soundtrack of Solomon Burke's classic soul track "Everybody Needs Somebody to Love".

She is less keen on Asda's offering, though, which features a young girl using her imagination to help Christmas wishes come true by capturing the magic of the Northern Lights.

The ad has received positive reviews, with one newspaper calling it "adorable". But Kantar and others have complained it is hard to follow and doesn't really reinforce Asda's brand.

For some, the trend for lavish Christmas ads feels out of sync with the times. We have seen a host of retailers announce closures over the last few years, as more shopping shifts online. Other big retailers such as M&S - which has two ads out this year - are in the midst of painful restructuring drives.

"In recent years retailers' advertising has become like the space race - who can spend more," says retail analyst Richard Hyman. "It doesn't sound like a very sensible way to run retail businesses that are by-and-large struggling."

He doesn't dispute that Christmas is an important time of year for retailers, but says it's hard to justify the sort of "lavish self-indulgent campaigns" we typically see.

Mr Hyman expects many will rein in spending this year, and indeed some already have.

John Lewis is just running one festive ad this year - which features Edgar, an excitable dragon - for both its John Lewis and Waitrose brands.

And Debenhams, which had to be rescued from administration by its creditors in May, tells the BBC that its 2019 festive ad was produced in-house "which has been a huge cost saving for the business".

That said, it seems highly unlikely that brands will pull back from releasing festive ads now the trend is well established. It has become an event for retailers, with the big brands all striving to outdo each other.

As Ms Bloomfield sums up: "There is a sense that if you didn't do one of these ads things would be worse for you. I think there is an element of fear of missing out. That's why brands try to stagger the release of their ads so they can achieve maximum impact."