Who will be next Labour leader after Jeremy Corbyn? 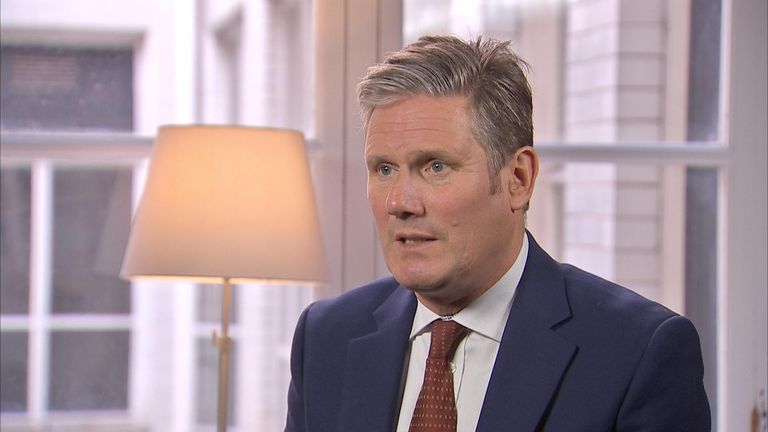 Who will be next Labour leader after Jeremy Corbyn?

Jeremy Corbyn has announced that he will call it a day as leader after failing to win a majority for Labour in the general election.

So after three years in the job, who could replace him after the party's "period of reflection"? We've rounded up some of the possible contenders.

Someone likely keen to take over the reigns of Labour is shadow Brexit secretary Sir Keir Starmer.

A former director of public prosecutions, he has proved a continual headache for the last two Conservative governments' bid to keep their Brexit shows on the road.

A relatively new addition to the Commons, backbencher Jess Phillips has grabbed attention with her campaigning on equality issues and tackling violence against women.

She calls herself a socialist but has been an outspoken critic of Mr Corbyn's and suggested in October she could run for the top job.

The Wigan MP held onto her Leave-supporting seat at the general election, despite other parts of Labour's fabled "red wall" of supposed safe seats in the North falling to the Conservatives.

Following her re-election, the 40-year-old made an impassioned plea to demand her party listens to its former voters.

She has argued against a second EU referendum, instead saying a Brexit compromise must be reached.

Shadow education secretary Angela Rayner is a fervent supporter of Mr Corbyn but has also spoken openly about the help she received under Tony Blair's Labour.

Her policy work has grabbed headlines and interest, and her story about a working class grandmother who went into politics could strike powerfully with voters.

Having been the driving force behind Labour’s radical economic policies at the last two elections the party lost, he might struggle to convince the membership he is sufficiently different enough.

Mr McDonnell also immediately ruled out replacing Mr Corbyn on election night, telling Sky News: "I'm not standing for leader of the Labour Party, I've said that time and time again - either as a temporary or as a permanent.

As shadow home secretary, Diane Abbott holds one of the most senior positions in Labour.

She has run for leader before, and was a trailblazer for black female MPs so may want to set a new record by aiming for the top job.

Shadow foreign secretary Emily Thornberry has had a rocky relationship with the leadership in recent months, as one of the most prominent backers of remaining in the EU.

Her clashes with Boris Johnson over the despatch box before he became prime minister could stand her in good stead to take him on at a higher level.

A northern female MP who serves as Labour's shadow business secretary and has been less outspoken about backing Remain could be a good combination to put Rebecca Long-Bailey in the running to become leader.

She is frequently put up by the current leadership's office for media interviews and is strongly aligned with Mr Corbyn's politics - making her popular with members.

A senior Labour frontbencher when it was last in government consigned to the backbenches under Mr Corbyn, her work holding the government’s feet to the fire on Brexit and effectively bringing down Amber Rudd as home secretary have been applauded by party activists.

She ran for the leader in 2015, coming third, and may struggle to win over the new, larger membership.

And she has declared an interest in high office, becoming the first person to declare they would run to be Labour's new deputy leader, after the departure of Tom Watson.