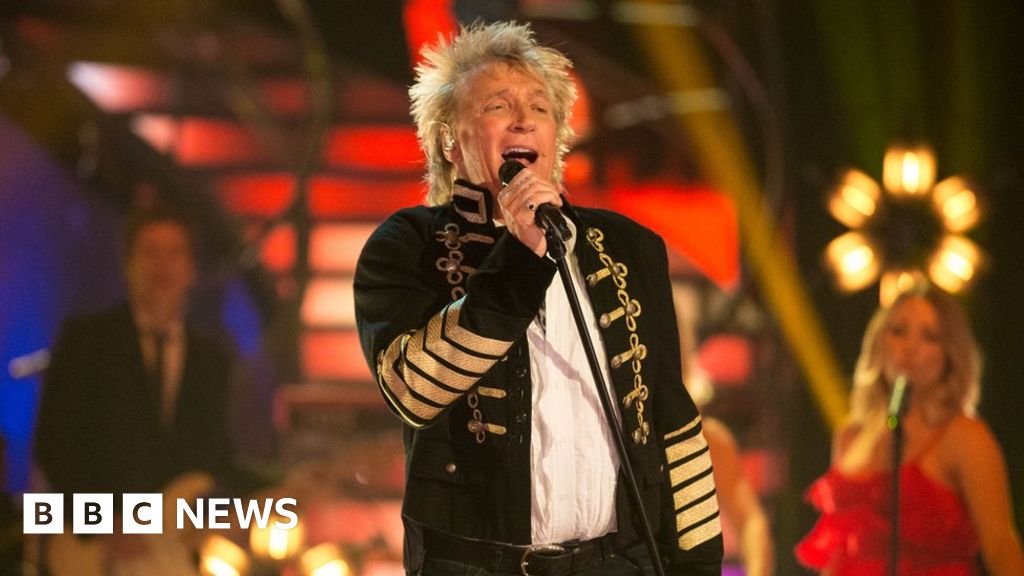 Sir Rod Stewart has become the oldest male solo artist to have a number one album in the UK.

The British singer's 10th chart topper You're In My Heart was released on 22 November.

But it rose to the top spot this week in a close race - with a difference of just 750 in sales between Sir Rod, Robbie Williams and The Who.

Sir Rod, who is 74 years and 11 months old, has taken the accolade from American singer Paul Simon.

But Sir Rod has a way to go to beat the oldest female to top the album charts. Dame Vera Lynn scored a number one in 2014 when she was 97 with the collection Vera Lynn: National Treasure.

Sir Rod said: "A new government and a new number one for Sir Rod. Thank you once again to my legions of fans who I will never take for granted.

Sir's Rod's latest release is an orchestral album which features new versions of some of his classic tracks.

Produced with the Royal Philharmonic Orchestra, the re-imagining of his greatest hits left Williams's The Christmas Present at number two.

Roger Daltrey and Pete Townshend's album were in line to top the charts at the halfway point this week, but The Who's new album Who ended up at number three.

At number four was Michael Ball and Alfie Boe's album Back Together, with Lewis Capaldi's Divinely Uninspired To A Hellish Extent at number five.

Meanwhile, Australian singer-songwriter Tones and I secured another record as Dance Monkey topped the singles chart for an 11th consecutive week, making it the longest-running number one single by a female artist in the UK.