‘Bombshell’ Raises a Question: What’s Megyn Kelly Up to Anyway? 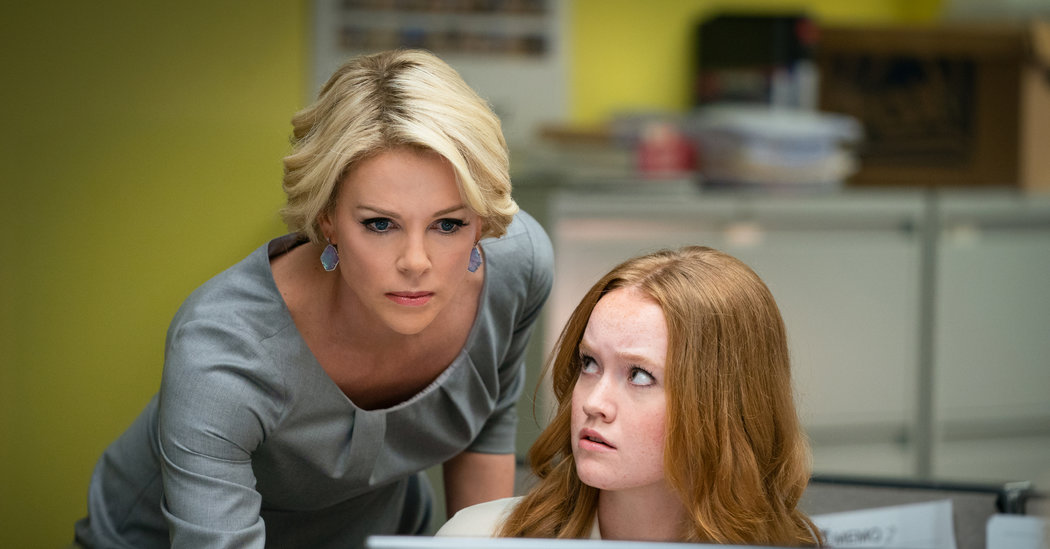 ‘Bombshell’ Raises a Question: What’s Megyn Kelly Up to Anyway?

Megyn Kelly last appeared on NBC more than a year ago, trying to contain an uproar over on-air remarks about blackface that ultimately brought her tenure at the network to an abrupt, unhappy end.

In a few weeks’ time, she will make a return — of sorts.

On Jan. 5, NBC will broadcast the 2020 Golden Globes, where Charlize Theron will walk the red carpet as a leading nominee for her portrayal of Ms. Kelly in the movie “Bombshell,” a dramatized account of the Fox News chairman Roger Ailes’s downfall that puts Ms. Kelly center stage.

Viewers will be treated to clips of Ms. Theron’s uncanny rendition of Ms. Kelly — the actress captures, with startling precision, the vocal tics and lawyerly cadences of the former Fox News anchor — in a performance that generated awards buzz even before the film opened on Friday in New York and Los Angeles. (Its wide release begins Dec. 20.)

But so far, Ms. Kelly has shown little interest in weighing in on her big-screen doppelgänger.

She did not participate in the making of the film — which was directed by Jay Roach from a script by Charles Randolph — and she and Ms. Theron have never spoken. Ms. Kelly attended a screening of “Bombshell” in New York last month, according to two people familiar with the event, but she has made no public remarks about it. Contacted for this article, Ms. Kelly declined to comment.

Her quietude may be strategic. Behind the scenes, Ms. Kelly is pondering a route back into the national media, according to several people who requested anonymity in describing private conversations with the anchor.

In recent weeks, Ms. Kelly has begun to re-emerge. After months of communicating primarily via Twitter, she appeared on Tucker Carlson’s prime-time show in October — to the chagrin of many of Mr. Carlson’s Fox News colleagues — and has posted two self-produced interviews to her Instagram account, including one with the House minority leader, Representative Kevin McCarthy.

Still, these appearances are a far cry from Ms. Kelly’s previous perch as a daily presence in American living rooms, first in prime-time on Fox News and then, less successfully, in the 9 a.m. hour of NBC’s “Today” show. On Fox News, she regularly drew 2 to 3 million viewers a night; her Instagram videos have received a fraction of that.

Ms. Kelly’s portrayal in “Bombshell” may return the anchor to public consciousness, and the depiction is, on balance, a positive one. Ms. Theron’s Kelly is a tack-sharp anchor who presses Donald J. Trump on his sexism during a major debate, puts up with verbal abuse from right-wing trolls (and newsroom colleagues), and ultimately comes forward about being harassed by Mr. Ailes, a testimonial that seals the once-invincible TV king’s fate.

But like the real-life Ms. Kelly, the movie version has already proven divisive.

In The New York Times, Manohla Dargis described the onscreen Ms. Kelly as “a warrior” who “could lead an army or maybe a rebellion, if she chose,” even as the character hesitates between principle and ambition. (The film also dings Ms. Kelly for lobbing softball questions at Mr. Trump in a 2016 prime-time interview.) But Ms. Dargis, as well as critics at BuzzFeed News and The Guardian, also faulted the filmmakers for downplaying Ms. Kelly’s role in Mr. Ailes’s success; after all, she was a willing star on his network for years.

Her rocky tenure at NBC — where she clashed with colleagues and drew low ratings — have dimmed the likelihood of a return to broadcast television. Instead, Ms. Kelly has discussed potential jobs in the digital news space, including conversations with podcast production companies, according to the people familiar with her thinking.

Ms. Kelly, the people said, believes she can find a niche as an equal-opportunity skeptic amid a divided news media. She has told friends that she did not feel comfortable at her previous employers. “I felt like the Rachel Maddow of Fox News and the Sean Hannity of NBC,” she has said.

Ms. Kelly is not currently restricted from working for another outlet, and she is still collecting the remainder of her roughly $30 million exit agreement with NBC, according to two people familiar with the terms of her deal. Other people who have spoken with her say they do not expect an imminent career announcement.

“She will be an asset to any television (or other) network who is seeking an exceptional journalist who has a gift of finding the right angle to a story or interview,” said Eric Bolling, a former Fox News personality who now hosts a national affairs show for Sinclair Broadcast Group.

Any attempt to revive her fortunes, however, will face resistance.

It was nearly three years ago that Ms. Kelly made her splashy, $69 million deal with NBC that gave her a Sunday night newsmagazine show as well as a daytime slot, making her one of the richest personalities in television news. The move went sideways in a hurry.

An early broadcast of “Sunday Night With Megyn Kelly” sparked criticism after she interviewed the Infowars leader Alex Jones, and the show failed to find an audience. The sunny environment of morning television proved an odd fit for Ms. Kelly’s prosecutorial persona; the anchor initially delivered poor ratings and caused a stir after she offended a guest, Jane Fonda, by asking about her plastic surgery; she later assailed Ms. Fonda on-air as “Hanoi Jane.”

Since “Megyn Kelly Today” was canceled in October 2018, viewership for the hour has gone up 9 percent, according to Nielsen, a noticeable uptick at a time when ratings across the board have gone down.

All the while, Ms. Kelly was attacked from the left for her comments over the years at Fox News, most prominently a segment where she insisted that Santa Claus was white. (The Santa uproar is mentioned several times in “Bombshell.”) Last fall, she stunned co-workers by musing on-air that it was once appropriate for white people to dress up in blackface for Halloween. Days later, her show was canceled.

Ms. Kelly believed that NBC executives used the blackface uproar as a pretext to fire her because they were uncomfortable with her reporting on the network’s own harassment scandal, involving the “Today” host Matt Lauer, who had been fired after allegations of sexual misconduct in November 2017. On Twitter, she continues to suggest a double standard: last week, she posted a video from an early 2000s episode of Comedy Central’s “The Man Show” in which Jimmy Kimmel, now the host of ABC’s late night program, wore blackface to portray the basketball player Karl Malone.

“America’s late night darling Jimmy Kimmel? Who every Hollywood star cozies up to?” Ms. Kelly tweeted. “The very same stars who then lecture the rest of us on woke culture? Whatever could he have done??”

Her attack on Mr. Kimmel is typical of the online persona Ms. Kelly has cultivated over the past year. In between updates on her family life in Manhattan and a newly adopted dog, Ms. Kelly has aimed spiky commentary at the mainstream media, including former NBC colleagues like Seth Meyers and the “Today” host Craig Melvin.

On Mr. Carlson’s show in October, Ms. Kelly faulted NBC for failing to commission an independent investigation of its newsroom culture. Her appearance was a hit: more than 4 million people tuned in, higher than Mr. Carlson’s average audience and making it the most-watched program in all of cable that night.

Her efforts since have not had the same reach. Ms. Kelly joined Instagram last month to promote an interview she secured with a young TV producer involved in a dust-up at ABC News over the network’s decision, several years ago, not to air an investigative report about Jeffrey Epstein. The interview has been viewed about 272,000 times on YouTube.

On Mr. Carlson’s show, Ms. Kelly said that she was relishing spending time with her young children. But her comments suggested that “Bombshell,” and Ms. Theron’s portrayal of her, may not be the final word.

“I’ll get back on that horse soon, because this has been fun,” Ms. Kelly told Mr. Carlson, smiling. “I’ll probably get back out there.”