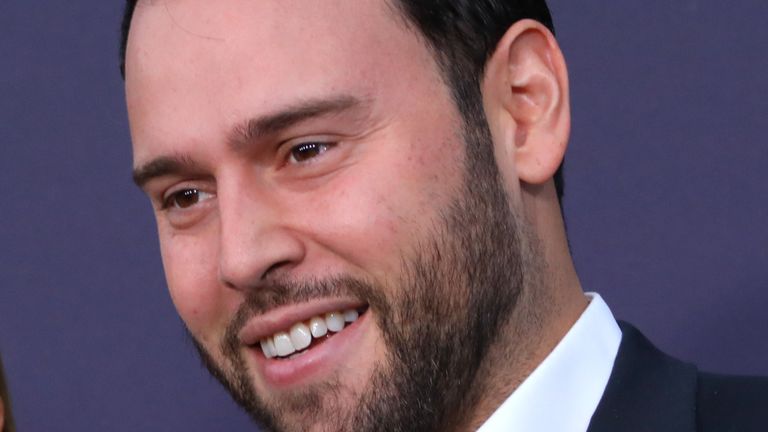 Taylor Swift has used her acceptance speech for Billboard woman of the decade to reignite her feud with Scooter Braun.

The Bad Blood singer called out the music mogul by name, citing him as part of "a new shift" which she said "is a potentially harmful force in our industry".

Braun bought the rights to the singer's first six albums back in June, through a private equity deal which was reportedly worth around $300m (£222m).

She said the transaction treated her music "as if it is real estate, an app, or a shoe line", and happened without her "approval, consultation, or consent".

She said no one, including Braun, had ever contacted her to discuss the management of her work.

She also made reference to those defending Braun, saying they were part of the "toxic male privilege" problem in the industry.

She went on: "Of course he's nice to you. If you're in this room, you have something he needs."

Last month Braun said he and his family had received numerous death threats following his high profile row with the singer.

The singer, who has just celebrated her 30th birthday, was presented her award by British actress Jameela Jamil.

Praising a long list of female artists, including Lizzo, Billie Eilish, Lana Del Rey and Dua Lipa, she said there is a more negative reception to women in the industry.

"People will always have the slightest reservations about you."

She also said female artists face questions over whether a man is responsible for their work.

"People want to explain away a woman's success in this industry," Swift said, adding "we are not allowed to coast".

"We are held at a higher, sometimes impossible feeling standard".

She went on to praise all women in the industry - both behind an in front of the camera - who she said had only become stronger in the face of such adversity.

"My fellow female artists have taken this challenge, and they have accepted it. It seems like the pressure that could've crushed us made us into diamonds instead."