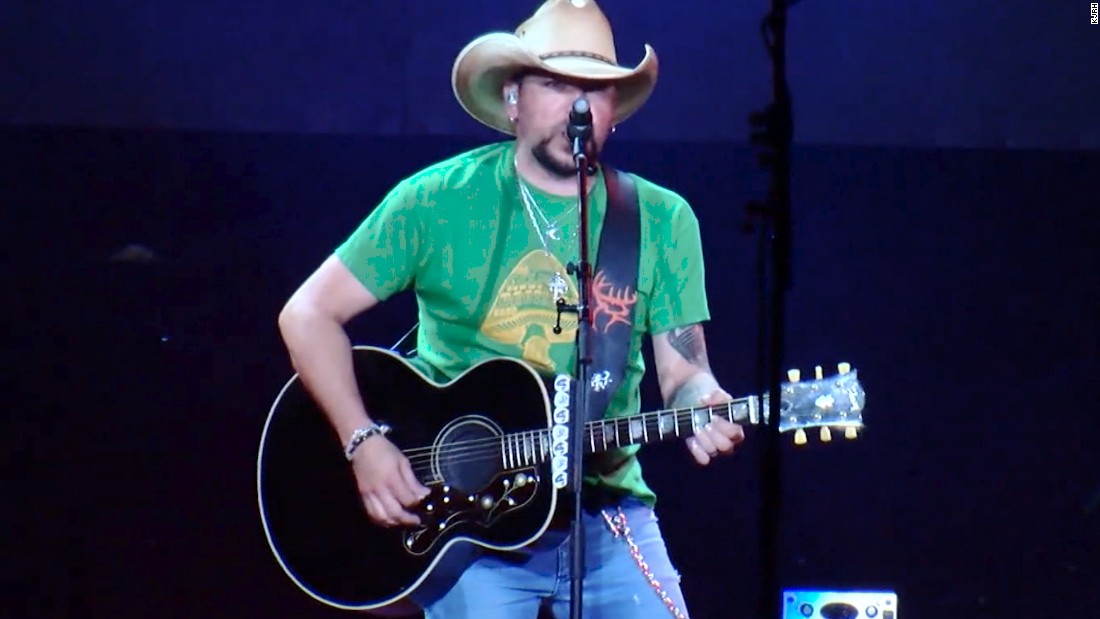 The country superstar was playing the outdoor Route 91 Harvest Festival in October 2017 when a gunman opened fire from a nearby hotel. Hundreds were injured. And last month, a woman succumbed to injuries sustained in the violence.
On Thursday, the singer appeared on Kelly Clarkson's daytime talk show.
"It's obviously something that I wouldn't wish on anybody," he said. "Going back to Vegas was something we wanted to do the right way. We didn't want to go in and try to do it too soon."
Aldean returned to touring soon after the shooting. He said talking with his wife helped the most.
"We're on the other side of it now," he said. "We're part of the Route 91 family now, so it's a cool group."
His latest performance in Vegas included first responders and attendees from the show two years ago. Many wore Route 91 shirts.
Aldean did what he could to make them feel more comfortable, starting by putting on the show in the 5,000-seat indoor venue Park MGM.
"This was a little smaller, little more intimate, where people can come and hopefully feel a little more at ease, hopefully help some of them," he said.
Read this on WNG CNN