Unapologetic Corbyn says election was taken over by Brexit 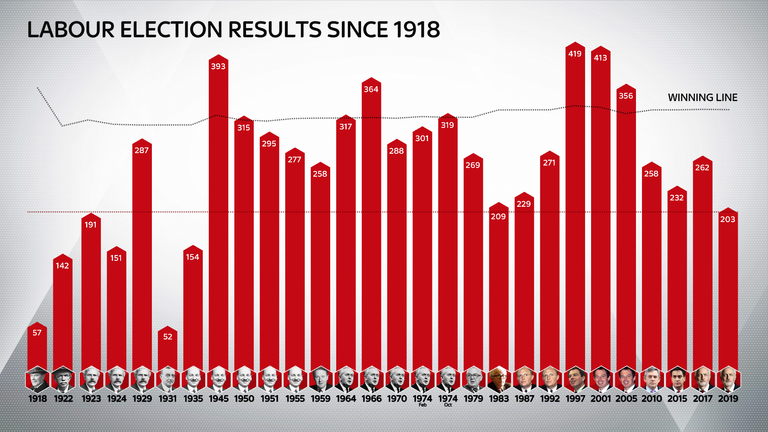 Unapologetic Corbyn says election was taken over by Brexit

The party is set for its lowest number of seats since 1935 as support crumbled in its former heartlands, with the Conservatives set to win a majority of between 78 and 82.

Mr Corbyn blamed Brexit for Labour's poor showing as he accepted victory in his Islington North constituency, while also criticising media "attacks" towards himself, his family and the party.

"I want to also make it clear that I will not lead the party in any future general election campaign," he announced in a speech early on Friday morning at his constituency count in Islington, north London.

"I will discuss with our party to ensure there is a process now of reflection on this result and on the policies that the party will take going forward.

Later, Mr Corbyn said he was "very sad" at the party's performance but emphatically denies his policies were the cause of Labour's downfall.

"I don't think they are un-electable at all," he insisted.

Mr Corbyn added "I've done everything I could to lead this party" but claimed "I don't think the result would have been any different" under a more centrist leader.

He said the "responsible thing to do is not to walk away" and he would stay in post "until there has been someone elected to succeed me" which should be in the "early part of next year".

Asked what he would do next, Mr Corbyn said he would remain an MP and "continue to do the campaigning work I've done all my life".

Labour clung on to several North East seats include Newcastle Central, Sunderland Central, Newcastle-upon-Tyne East and Houghton and Sunderland South, but with much reduced majorities.