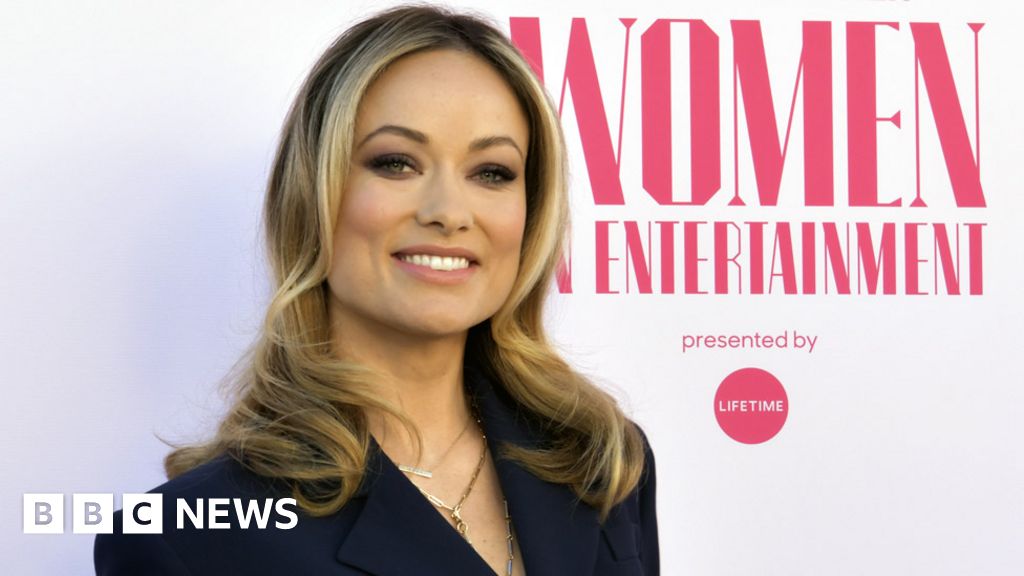 Olivia Wilde has broken ranks with the makers of her new film, which sparked anger by suggesting the late reporter she plays traded sex for information.

The actress said she did not believe Scruggs "traded sex for tips", and did not mean to suggest that was the case.

But she "did not have a say in how the film was ultimately crafted", she said.

According to reviews, including in The Hollywood Reporter, the LA Times and the Associated Press, the film strongly implies that Scruggs had sex with an FBI agent played by John Hamm in return for information about a suspect.

Scruggs died in 2001 and her old paper, the Atlanta Journal-Constitution, has threatened to sue Eastwood and Warner Bros, saying the paper and its staff were "portrayed in a false and defamatory manner".

In a Twitter thread, she said a director could "control the voice and message of the film", but for an actor "it's more complicated".

She said she had understood that the film would show Scruggs and the FBI agent as being in an existing romantic relationship, "not a transactional exchange of sex for information".

She concluded: "I realise my opinions about Kathy, based on my own independent research, may differ from others involved with the film, but it was important to me to my my [sic] own position clear."

Scruggs was "by all accounts, bold, smart, and fearlessly undeterred by the challenge of being a female reporter in the south in the 1990s", she said.

The film is named after the security guard who was initially hailed as a hero after spotting the pipe bomb, which killed two people, but was soon identified by journalists including Scruggs as an FBI suspect. That led him to be hounded by the press before the FBI eventually cleared his name after 88 days.

Warner Bros has not responded to Wilde's tweets but has responded to the Atlanta Journal-Constitution letter with a statement insisting the film is based on "a wide range of highly credible source material".

The studio said it was "unfortunate and the ultimate irony that the Atlanta Journal Constitution, having been a part of the rush to judgment of Richard Jewell, is now trying to malign our filmmakers and cast".

The statement concluded: "The AJC's claims are baseless and we will vigorously defend against them."