Brexit Once Meant a Weaker British Pound, but Not Anymore 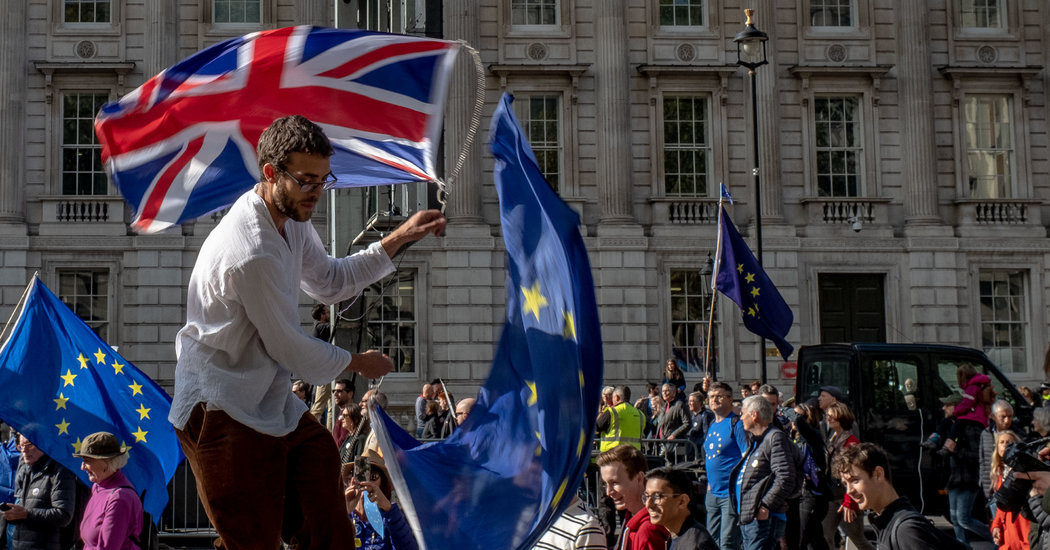 Brexit Once Meant a Weaker British Pound, but Not Anymore

LONDON — When Britain voted in 2016 to leave the European Union, its currency plummeted on world markets, reflecting agitation over the economic and financial disruption that seemed to lie ahead.

Three years later, with Brexit still not achieved, trading in the pound has been telling a different story.

The pound, which made steady gains ahead of Thursday’s general election, jumped when exit polls pointed to a victory for the Conservatives and Prime Minister Boris Johnson, who vowed to complete the rupture with Europe. The pound held on to most of its gains on Friday, after the BBC declared the Conservatives had won a majority.

In currencies, as in other markets, traders like certainty.

“The market sees a Tory majority as the best outcome in the short term,” said Lee Hardman, a currency economist at MUFG, a Japanese bank. “It gives you more clarity over the direction of Brexit.”

Global markets were buoyed by the results from Britain and by the prospects of a partial trade deal between the United States and China. Asian and European stock indexes rose, with the Hong Kong’s Hang Seng up 2.5 percent and London’s FTSE 100 gaining 1.7 percent.

The pound, a barometer of Brexit confidence since the 2016 vote to leave, has risen on the likelihood that a government with a working majority will be able to wrench Britain’s government out of its gridlock and spare the country from the potentially chaotic effects of leaving the E.U. without a divorce agreement.

It pared its gains briefly on Tuesday night when a newly released poll indicated that the result would be closer than previously estimated.

With a majority, Mr. Johnson will be better able to push through Parliament the withdrawal agreement he negotiated in October with the European Union. The outcome also means that Britain is likely to formally leave the European Union with a deal at the end of January.

The pound has gained roughly 2 percent against the dollar since Parliament voted on Oct. 29 to hold a new election.

A stronger pound can be a bad thing for British companies, making it harder for them to sell their goods in the eurozone and beyond and diluting the profits they bring back from overseas. Nonetheless, British markets have also risen since the campaign began, reflecting the prospect of a Conservative victory that would not only reduce the chances of a no-deal Brexit but also avoid the nationalization ambitions of the opposition Labour Party.

The FTSE 250 is up more than 3 percent over that period, pushing the benchmark index of British stocks to a nearly 19 percent gain for the year.

Yields on government bonds have also risen slightly, suggesting that investors are starting to move away from safer investments. Bond yields rise when bond prices fall, and vice versa.

“The market has become less worked up about the chance of a Labour government, and also some hope that a good-sized Conservative majority could kind of lift some Brexit uncertainty,” Andrew Wishart, U.K. economist for Capital Economics, a consulting firm, said before the voting.

Such signals have been a welcome development for the British economy, which has slowed since the 2016 referendum. Amid weak business investment and consumer confidence, economic growth fell to a 1 percent annual rate in the third quarter, the slowest pace in about a decade.

While the pound rallied in recent weeks, it is roughly 10 percent lower than it was immediately before the 2016 referendum. Markets were unprepared for the result, and in the hours after the vote the pound plummeted by about 10 percent. That is the equivalent of an earthquake in the normally subdued foreign-exchange markets. Daily moves of 1 percent are considered quite large for the currencies of rich nations like Britain.

Likewise, yields on government bonds remain low, despite the recent increase. The yield on the 10-year benchmark government bond, known as gilts in Britain, was roughly 0.8 percent in recent days, implying subdued expectations for growth and inflation in the coming years.

Analysts caution that any relief stemming from a Conservative victory may be short-lived.

“We think greater optimism about the ‘divorce deal’ being passed will soon give way to worries about the transition period,” wrote Paul Hollingsworth and Michael Green, U.K. economists with BNP Paribas, in a recent research note.

Even if a Conservative government manages to take Britain out of the European Union with a departure deal, it would still only have 11 months to negotiate its future relationship with the bloc. Under the terms of the agreement negotiated by Mr. Johnson, his government would have until next December to negotiate a new trade deal — a process that usually takes years.

If he fails to do so, the country will again face a catastrophic split from its biggest trading partner. “The tough part is about to begin,” said Richard Falkenhäll, senior foreign exchange strategist at the Swedish bank SEB. “You would see a weaker sterling going into negotiations.”