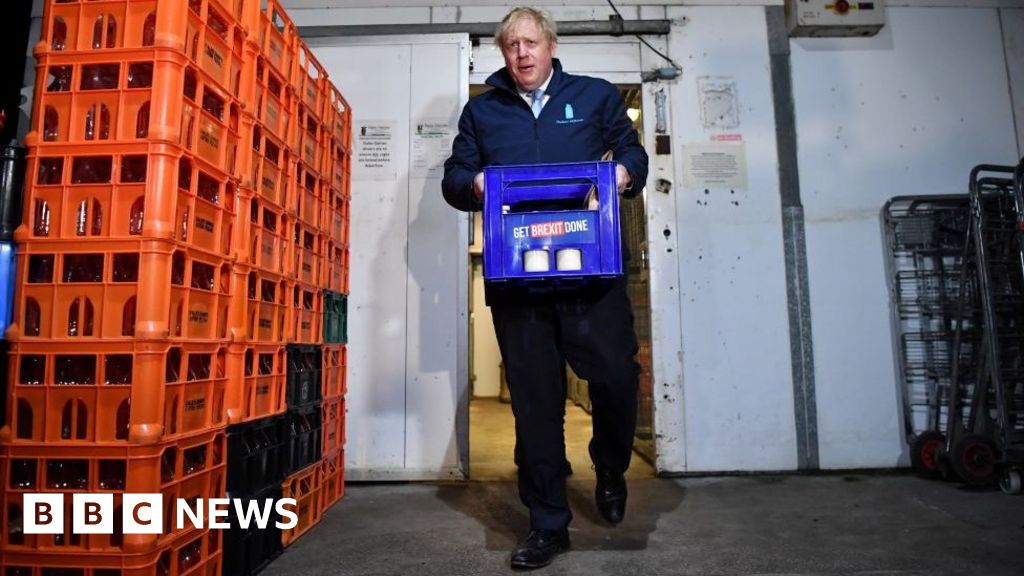 Business groups have urged Boris Johnson to begin work negotiating the terms of the UK's future relationship with the EU after Brexit.

Following Mr Johnson's victory in the election, which he won on a promise to "get Brexit done", businesses have called on him to avoid no-deal.

They are concerned the UK could ditch the EU's trade agreements with the rest of the world before writing its own.

She told the Today programme that businesses were seeking reassurance that they would not face another "no-deal cliff-edge" Brexit.

As the outcome of the election became clear, the thoughts of business leaders would have immediately turned to Brexit, said the director general of the Institute of Directors, Jonathan Geldart.

"For directors, 'get Brexit done' will only have meaning once the details of our long-term future relationship with the EU are clear. They need a framework to plan for the future from," he said.

"The prime minister must resist the urge for arbitrary negotiating deadlines and should commit to a proper adjustment period that starts when businesses know the full detail of what changes they may be facing."

He said business bosses were more concerned about the "content and shape of any new deal" rather than simply the speed of agreeing terms.

But work on hammering out details of any future deal needs to begin as soon as possible, according to Stephen Phipson, the chief executive of manufacturers' organisation of Make UK.

"The first job is the urgent need to begin negotiations on our future trading relationship with Europe, cementing frictionless trade, access to key skills, regulatory alignment and space for business to prepare for new arrangements," he said.

"Manufacturing exports are one of the powerhouses of our economy and we must allow them to flourish."