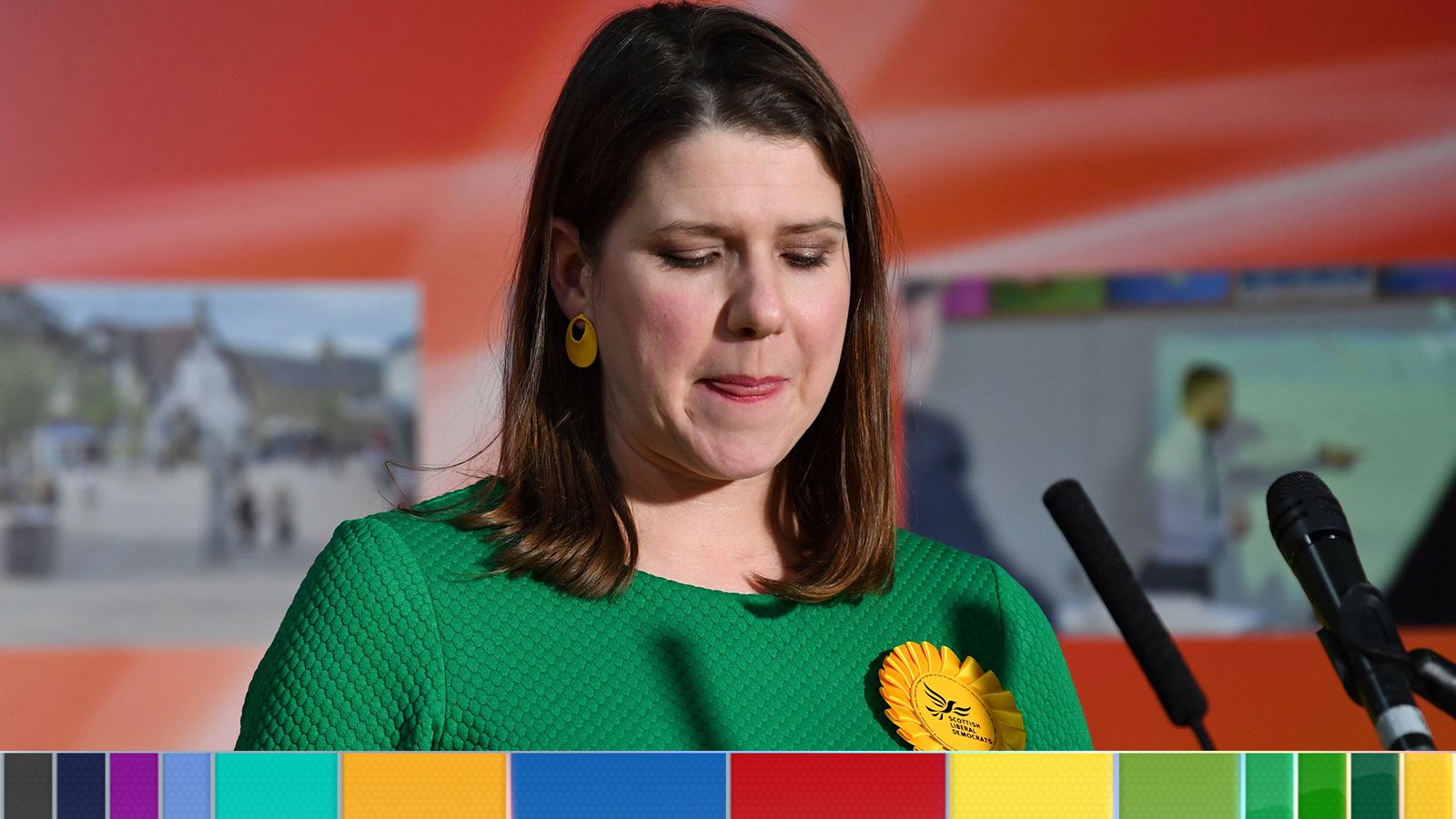 Ms Swinson said she "will be making further remarks later today" after she lost her seat to Amy Callaghan by just 149 votes.

Speaking from the count, Ms Swinson said: "Some will be celebrating the wave of nationalism that is sweeping on both sides of the border.

"And I do congratulate all those who are newly elected.

"These are very significant results for the future of our country and I will be making further remarks later today."

Ms Swinson lost East Dunbartonshire in 2015 after the party's unpopular coalition with the Tories, but won it back two years later.

The former business minister has previously said she would not step down as leader - a role she held since Sir Vince Cable stepped down in the summer.

She took over the party as the Lib Dems enjoyed excellent results in both the European and local elections earlier this year.

However, Ms Swinson's decision to switch to revoking Article 50 appears to have backfired.

When asked earlier if the policy had harmed the Lib Dems' chances, the party's president Baroness Brinton said: "We know that Remainers really like the message of 'stop Brexit' there's no doubt about that.

"This is where first-past-the-post harms us and other smaller parties because it ended up as a battle between Labour and the Conservatives and Labour's equivocal position on whether they were Remain or not Remain or if Jeremy Corbyn was actually for a soft Brexit hasn't helped."