Johnson on course for landslide victory as Corbyn will quit 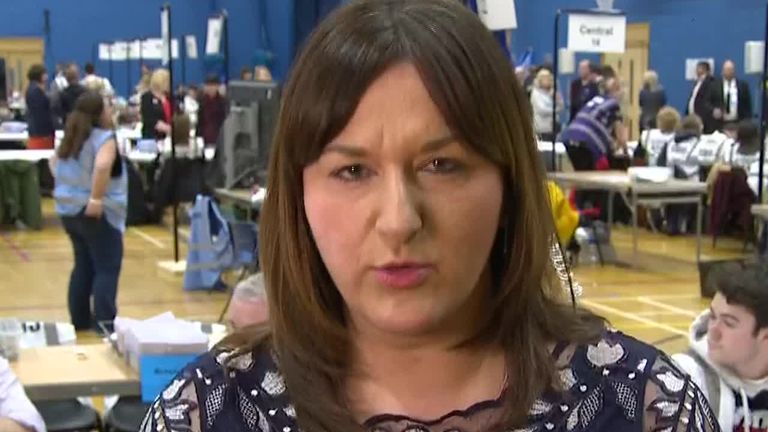 Johnson on course for landslide victory as Corbyn will quit

Boris Johnson is on course for a landslide victory in the General Election and Jeremy Corbyn says he will not lead Labour into the next election as his party suffered the worst result in decades.

With the vote still being counted, a Sky News projection estimates the Tories have secured between 363 and 369 seats.

Labour are projected to win between 193 and 199 seats, which would be the party's worst result in decades.

Sky News' forecast result would provide the prime minister with thumping vindication of his decision to push for the first December election since 1923.

Ms Smeeth, a former parliamentary chair of the Jewish Labour Movement, added: "Jeremy Corbyn's actions on antisemtism have made us the nasty party.