Defeated Labour candidate: 'Corbyn has made us the racist party' 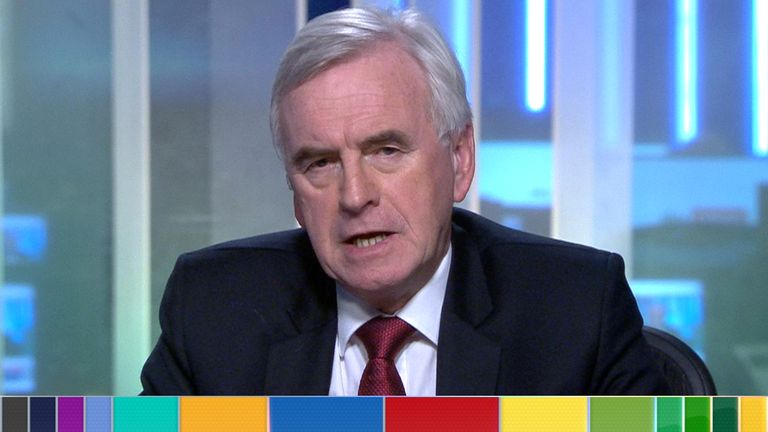 Defeated Labour candidate: 'Corbyn has made us the racist party'

Jeremy Corbyn's actions on antisemitism have turned Labour into the "racist party", one of its former MPs has said.

Ruth Smeeth, who is expected to lose her Stoke-on-Trent North seat, placed Labour's woes firmly at the feet of the leader.

Speaking to Sky News, ahead of the Labour leader announcing he will step down, she said: "This is an appalling, heart-breaking night for the Labour Party.

She added: "Jeremy Corbyn's actions on antisemitism have made us the nasty party. We are the racist party."

Labour's shadow chancellor John McDonnell, who earlier admitted his party could be on course for a "dramatically bad" election result, was at the centre of ugly scenes at his Hayes and Harlington count.

He was heckled throughout his victory speech before a scuffle broke out.

As police stepped in, he said: "It is quite clear that there are fears also now for our democracy and the rise of the extreme right.

"But I say now we will organise and we will ensure this type of democracy will reign, and the democratic wishes of our people will be respected, and this sort of extreme right-wing violence will not be tolerated within our society."

Facing his second general election defeat, Mr Corbyn announced that he would call it a day as leader but will remain as leader during a "period of reflection".