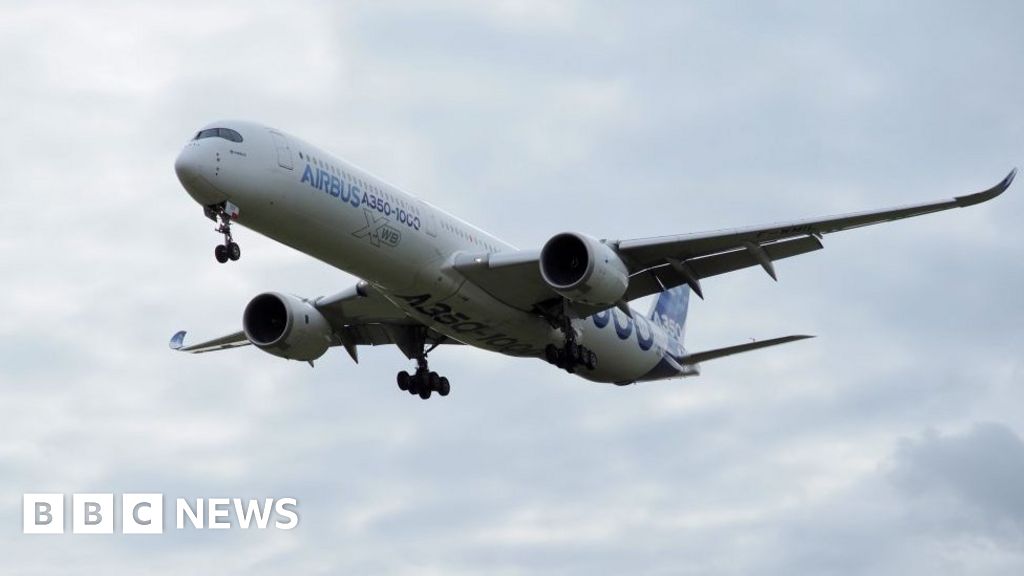 The airline selected the A350-1000 for its planned non-stop Sydney to London service, which would be the world's longest commercial flight.

Qantas also delayed a final decision on whether to begin those, and other long haul services, until March 2020.

Still, the win for Airbus comes as Boeing deals with the grounding of its 737 Max fleet after two deadly crashes.

Qantas has been testing the ultra long haul flights as part of its "Project Sunrise" plan.

Two years ago, the airline challenged the world's two biggest plane makers to design passenger jets for the project that could fly in excess of 10,500 miles (17,000km), which means being in the air for up to 20 hours.

"After detailed evaluation of the Boeing 777X and Airbus A350, Qantas has selected the A350-1000 as the preferred aircraft if Sunrise proceeds," the airline said in a statement.

The Australian carrier said it would work closely with Airbus on a deal for as many as 12 aircraft, but no orders have yet been placed.

It has conducted several test flights to find out whether passengers and crew are able to withstand the marathon journeys.

Qantas will run its final trial flight from New York to Sydney later this month. If it goes ahead with the plan, services would start operating by 2023.