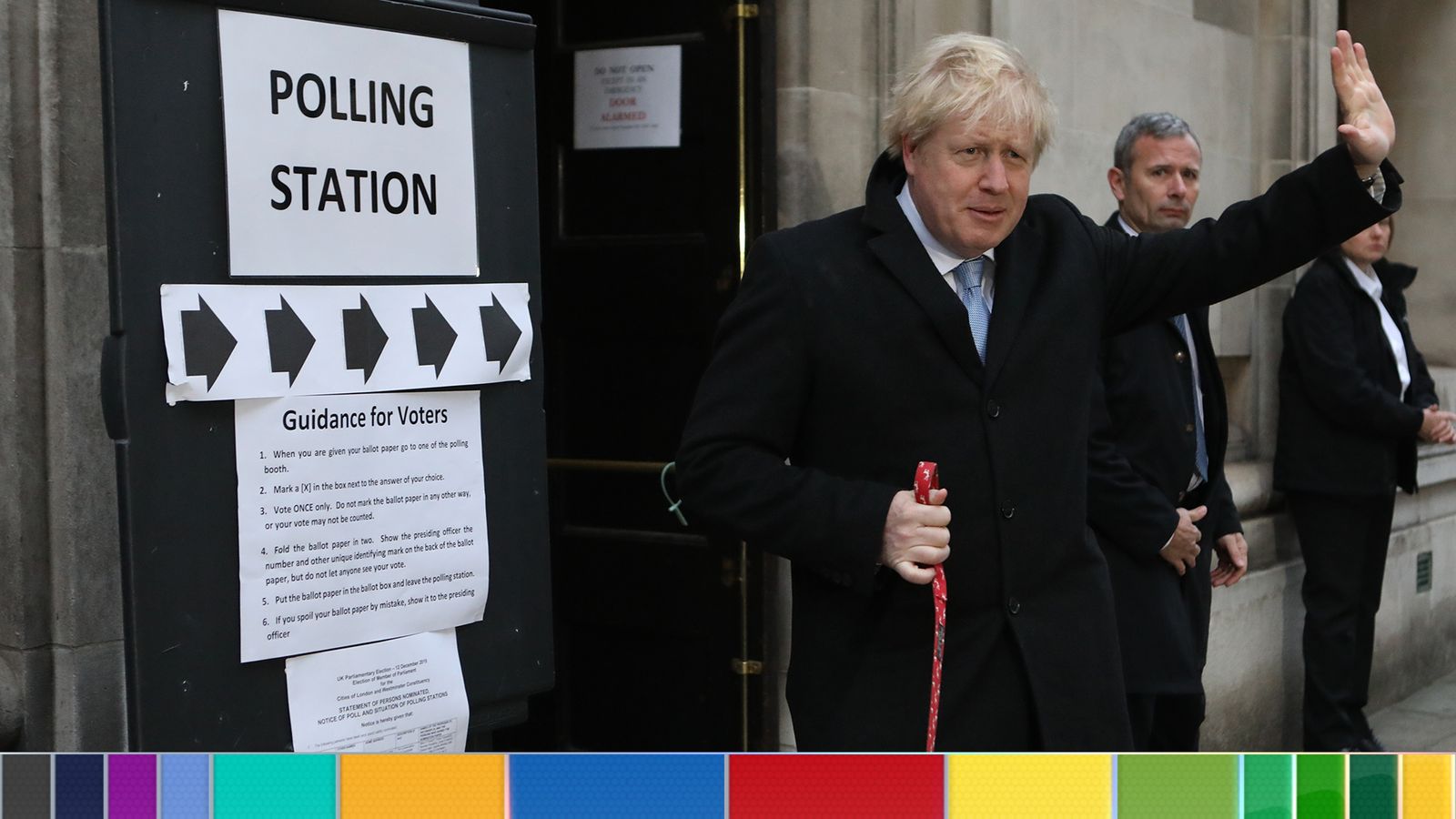 The Conservatives have won the general election and Boris Johnson will enjoy a commanding House of Commons majority, Sky News is forecasting.

Our projection is for the Tories to have secured between 358 and 368 seats.

Meanwhile, Labour are projected to win between 192 and 202 seats, which would be their worst result in decades.

Such a result would provide the prime minister with thumping vindication of his decision to push for the first December election since 1923.

Labour leader Jeremy Corbyn is likely to face intense pressure to resign on Friday, with even his close allies calling for an inquest into the party's election result.