'The red wall is obliterated': Analysis from Sky's political experts 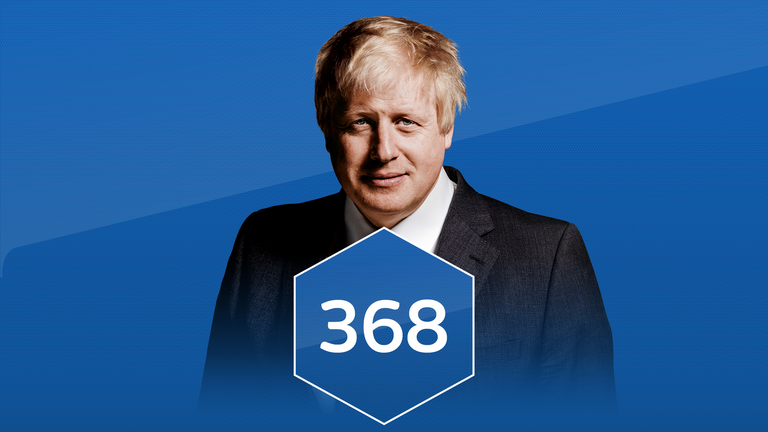 'The red wall is obliterated': Analysis from Sky's political experts

As the general election results flood in, Sky News' political experts provide their analysis of the night.

"What's happened is there was a framing battle between Labour and the Conservatives - Labour wanted it to be the NHS election, the austerity election, the cost of living election election.

"Boris Johnson - his three line strap was 'Get Brexit Done'.

"He had the Vote Leave team on his campaign, you remember the slogan of 2016 also won that - 'Take Back Control'.

"Tonight, what's clear is if there was any hope of turning this into a different kind of election from Labour, they have lost and they have lost definitively.

"That red wall is not wobbling, it's been obliterated.

"Labour tried to have this dual strategy on Brexit, where they faced both Remain in seats in metropolitan areas such as London and Manchester.

"And they also tried to have a Vote Leave element by saying they would have this referendum and there would be a choice between a Labour Brexit and leaving the EU.

"They tried to straddle both these camps because they wanted to try to keep some of these Leave seats but it just appears like they're just falling like dominoes.

"That strategy has totally failed, comprehensively failed and there will be a lot of soul-searching."

Workington will perhaps be the result that stings Labour the most

"The Tories now have around 50% of the vote in that seat, that's what the Labour Party got in that seat in the 2017 election.

"So now there's a whopping 4,000 majority in what was an absolute Labour heartland.

"That will be perhaps the result that has stung the Labour Party the most this evening.

"If we look at another result, Ian Lavery, chairman of the Labour Party, there were rumours he might even lose his seat.

"He has hung on but only by the slimmest of margins in Wansbeck - there his majority has gone down from 10,000 to 814.

"A swing in the region of about 8% from Labour to the Conservatives.

"Ian Lavery will be glad to have hung on but that kind of decline in his seat will sting. Whether it means he won't run for the deputy leadership remains to be seen."

The political geography of the UK is changing

"It certainly feels like the political geography is changing in this country.

"A lot of candidates are facing shock results. Durham Northwest - Laura Pidcock, some people saying she could be a future Labour leader, she may lose her seat - it's too close to call at the moment.

"Stoke-on-Trent North, that's been Labour since 1950 - that looks very vulnerable.

"Is the Brexit Party picking up Labour votes, but not off the Tory party, allowing the party to get in there?

"In seat after seat in the North East we're seeing that with the Brexit Party and allowing the Tories to win.

"Labour is hoping to do well in cities. Richmond Park might well go to the Lib Dems' Sarah Olney.

"The Tory party is struggling to do well in those urban areas, better in towns, Zac Goldsmith risks losing his seat as he only won by 45 last time.

"But, overall that exit poll is looking pretty accurate."