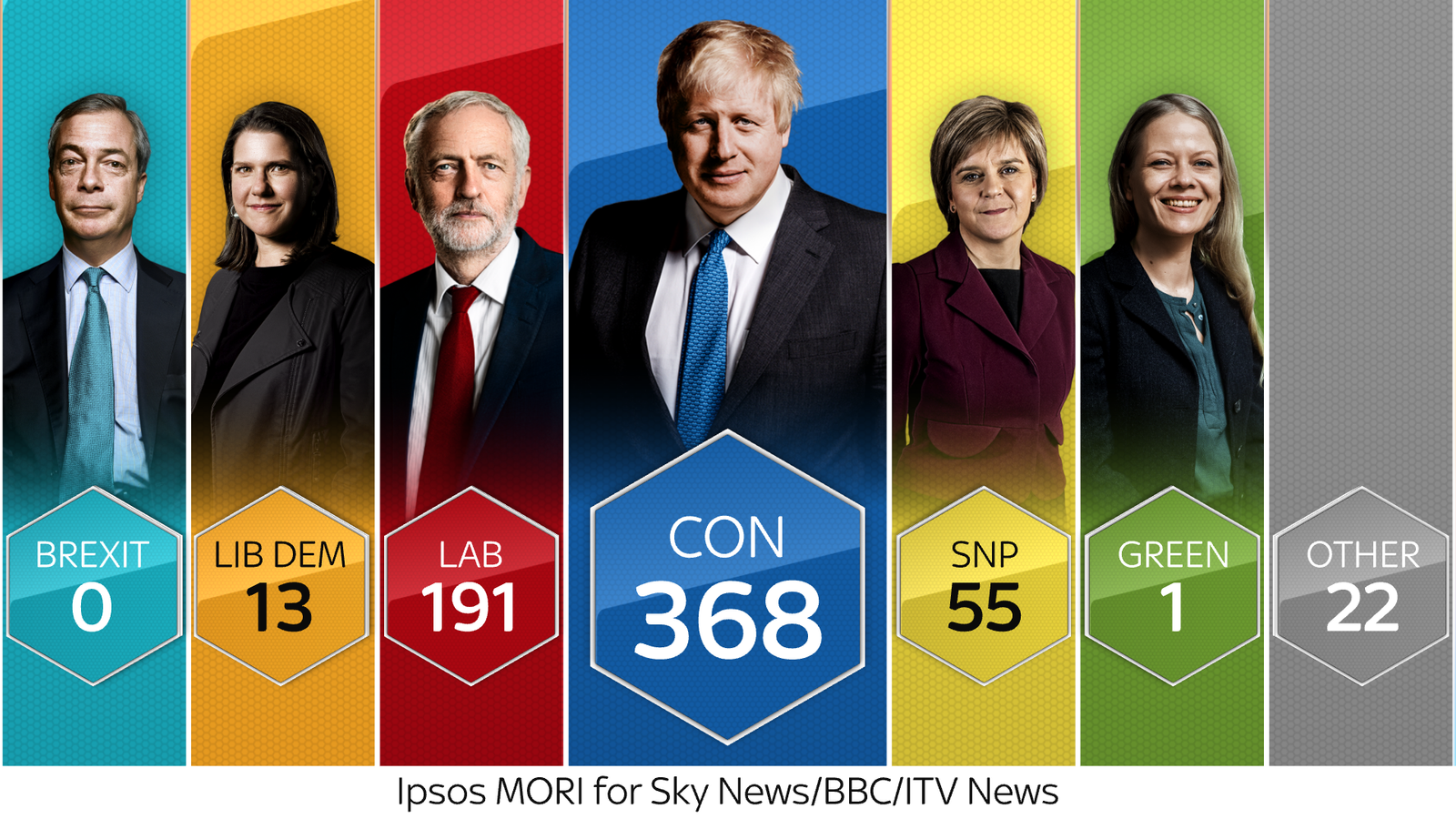 The Conservatives have won the general election and Boris Johnson will enjoy a commanding House of Commons majority, the broadcasters' exit poll suggests.

The poll - conducted by Ipsos MORI on behalf of Sky News, the BBC and ITV News - forecasts the Tories will win 368 seats, with Labour on 191 seats, the SNP on 55 seats and the Liberal Democrats on 13 seats.

To form a majority government in the Commons, a party needs to win more than 325 seats.

The exit poll suggests Labour are set for a hugely disappointing night, with the party forecast to secure their lowest number of seats for decades.

The exit poll numbers would give Prime Minister Boris Johnson a Commons majority of 86, vindicating his decision to push for a winter election.

It also puts the UK on course to leave the EU on 31 January, after Mr Johnson fought the election campaign on his promise to "get Brexit done".

In Scotland, the SNP are set to return to near complete dominance, by winning 55 out of the country's 59 constituencies.

Under the exit poll numbers, the Lib Dems are on course to add one seat to the 12 they won at the last election in 2017.

The team behind the exit poll said: "The Conservatives are expected to advance most strongly and Labour fall back most in areas that voted most strongly for Leave, many of them more working-class seats."

The exit poll results are based on 22,790 interviews as people exited 144 polling stations across Great Britain.