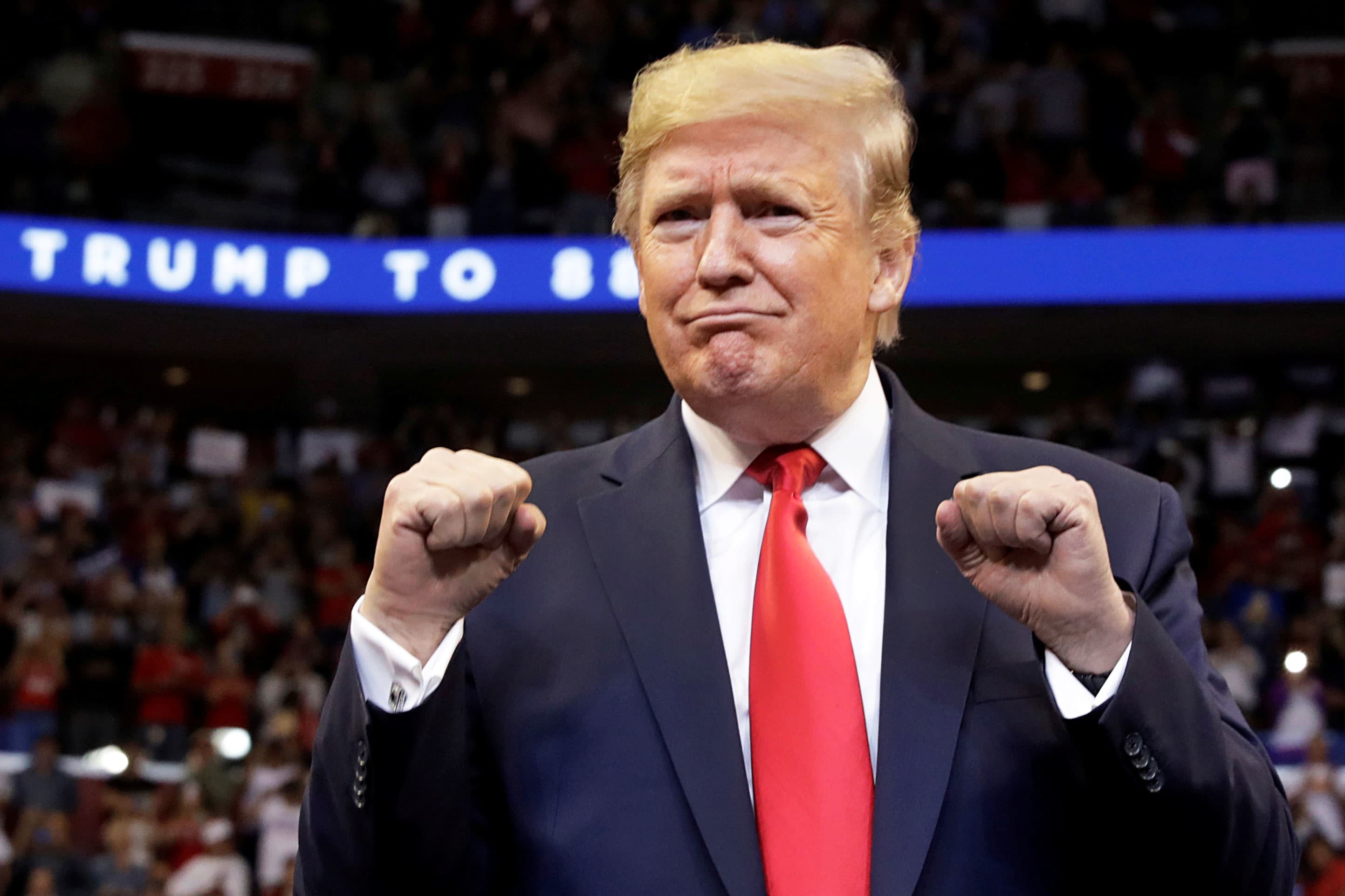 The Trump administration has reached a "phase one" trade deal with China in principle, pending approval from President Donald Trump, three sources close to talks told CNBC on Thursday.

Trump planned to meet with top advisors at 2:30 p.m. ET on Thursday about trade with China and whether to delay the next round of U.S. tariffs. Duties of 15%, set to take effect Sunday, would affect about $160 billion in Chinese-made goods including toys, computers, phones and clothing.

The White House has offered to scrap those duties and slash some existing tariffs in half, two sources told CNBC. The U.S. proposed cutting existing duties on $360 billion in Chinese products by 50%.

The world's two largest economies have moved to rein in a trade war that threatens to drag on global growth. It is unclear exactly how the agreement between Washington and Beijing differs from a partial deal the president announced in October.

Major U.S. stock indexes jumped following news of the deal in principle. Investors hope the U.S. and China can reach an accord before the tariff deadline and avoid a potentially damaging escalation in their nearly 2-year-old trade war.

Bloomberg first reported that the U.S. and China reached a deal in principle Thursday.

On Thursday morning, Trump signaled optimism about an agreement with China. He tweeted that the U.S. has moved close to a trade deal with Beijing after several false starts and near misses.

"Getting VERY close to a BIG DEAL with China. They want it, and so do we!" the president wrote.

The White House tariff offer to Beijing, first reported in The Wall Street Journal on Thursday, came last week and may have changed. Recent talks have taken place mostly at the deputy level as U.S. Trade Representative Robert Lighthizer tries to push the administration's NAFTA replacement through Congress.

Trump's acknowledgement that the U.S. wants a deal marked a shift in tone from recent weeks. He has repeatedly contended that Beijing needs an agreement more than Washington does, and suggested he was content waiting until after the November 2020 election to strike a deal — a statement that disappointed investors.

Trump in October announced a partial "phase one" agreement with China as the world's two largest economies try to deescalate the economic conflict. Washington and Beijing had so far failed to sign the agreement.

During months of trade talks with China, the president has previously touted progress before discussions crumbled. He has repeatedly said the negotiations are going well, even as trade officials struggled to reach a deal.

The Office of the U.S. Trade Representative did not immediately respond to a request to comment.

Trump wants a broad trade agreement with China to address concerns about intellectual property theft, forced technology transfers and trade deficits. The president, who promised to crack down with China during his 2016 campaign, sees an agreement as an economic and political priority ahead of his 2020 reelection bid.

Not all of Trump's advisors want to back off the planned duties. China hawk Peter Navarro, under the pseudonym "Ron Vara," wrote a memo supporting the White House's tariff strategy.

In the document obtained by CNBC on Wednesday, he wrote that tariffs "are working to defend [the] economy and have had no negative impacts on growth or stock market rise."﻿