How ‘Survivor’ Failed Its #MeToo Test 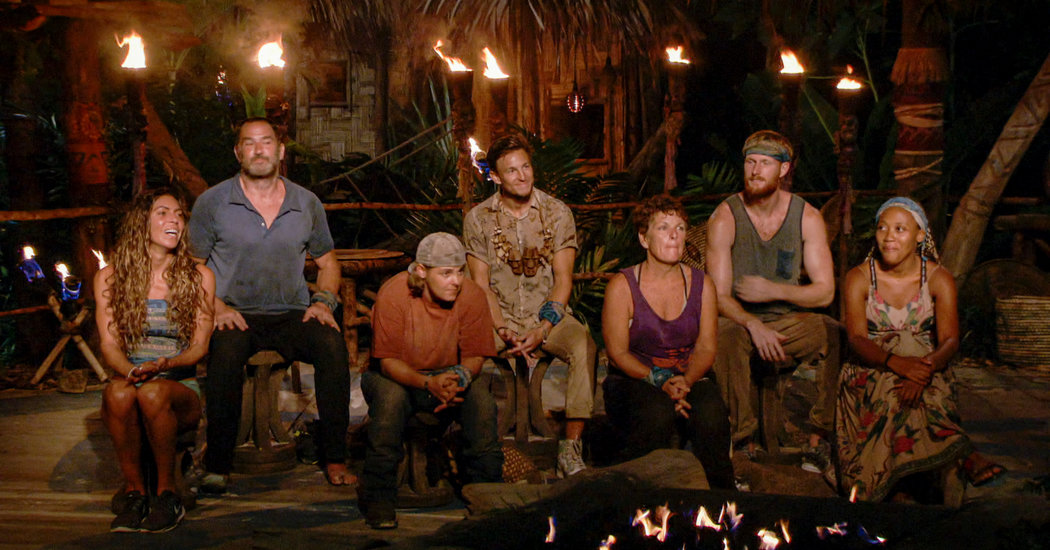 How ‘Survivor’ Failed Its #MeToo Test

Is “Survivor” real life or is it a show? The CBS reality competition, in which contestants vote one another off an island week by week as they fight for a million dollars, likes to see itself as both: a snow-globe version of the world, a “social experiment,” as the producer Mark Burnett calls it, in which human nature plays out under pressure and on camera.

With the inept, shameful, evasive way it handled sexual misconduct on its set, Season 39 of “Survivor” has indeed been a microcosm of the larger world — at its absolute worst.

The reality that this season depicted is a depressing one: the reality of how women’s complaints are downplayed and how a big-money operation can fail to do the right thing even when, literally, millions of eyes are watching.

Wednesday’s episode abruptly ended with the cryptic announcement that a contestant, Dan Spilo, had been ejected from the show after an “incident.” But regular viewers knew that this was just another twist in a story that had tarnished the season.

From the beginning of the season, female contestants had complained on-camera that Spilo, a Hollywood talent manager, had touched them inappropriately and the cameras caught examples of the behavior, as when viewers saw him cuddling women at night. When one contestant, Kellee Kim, raised the issue of Spilo’s touching in a later episode, the producers interviewed contestants and met with him separately.

But he was let off with a warning, while Kim — who was in tears describing her discomfort to producers — was voted out later in the episode, in machinations that included other contestants using the charges to trick her into thinking she had their support.

Spilo stayed on, grinning through one tribal council after another, seemingly on a path to the million-dollar finale. The charges against him receded in the story; the producers brought his young son to visit on a loved-ones-reunion episode.

Then, suddenly, Spilo was gone. What happened? Why boot him now and not earlier? (People magazine reported that Spilo was accused of inappropriate touching again, this time involving a crew member.)

In a statement, Kim said, “While Dan’s dismissal has validated the concerns I raised from the beginning of the season, I wish that no one had been subjected to this type of behavior.” The show itself has so far reacted with vague blather about “privacy” and “confidentiality.” (The Times was unable to reach Spilo for comment; he has denied any misconduct.)

You always have to be conscious, reality-TV fans know, of the difference between what you see on the screen and what the producers aren’t showing you. One also has to keep in mind that the producers have had months since the show taped to construct this story, knowing that they had a giant public-relations stink bomb ready to explode on them (compounded by who-knows-what legal agreements or threats).

But we’ve seen enough to know that the show screwed up.

Watching “Survivor” bungle Kim’s complaints, well into the #MeToo era, was like watching a recurring nightmare: A woman is touched inappropriately, she speaks up about it, her concerns are minimized or paid lip service.

Oh, but she’d have been treated better if only there were proof, right? Ha ha, guess again! Even when there is video documentation — even on a show whose premise is constant surveillance — the behavior still continues and the business that she complains to still does next to nothing. What’s more, she’s the one who suffers for speaking up.

It felt like an old, appalling rerun. The initial lack of consequences for Spiro recalled another reality-TV personality, Donald J. Trump, elected after he bragged about grabbing women by the genitals on the “Access Hollywood” tape, an appearance that was a product of his stardom on “The Apprentice” (produced by Burnett for NBC).

Almost as infuriating as what “Survivor” did, or didn’t do, have been its rationalizations. In interviews, the host, Jeff Probst, congratulated the show for using the incident as a teaching moment: “This is a precise microcosm of what happens in the workplace,” he told Entertainment Weekly.

And it has been — mostly through the cast’s willingness to talk through the problem. Indeed, in many ways this has been one of the more socially conscious seasons of “Survivor,” paying attention to gender and race dynamics in ways it hasn’t often. (Of course, we now have to wonder how many of those conversations were edited in with knowledge of the story line that was coming.)

But to The Hollywood Reporter, Probst also said, “What ‘Survivor’ offers that is different from the workplace is the opportunity to vote someone out.”

Baloney. “Survivor” is no different from “the workplace,” because “Survivor,” whether it wants to say so or not, is a workplace.

In a workplace — a morally and legally responsible one, anyway — just imagine if you responded to documented misconduct by telling your employees: Well, you deal with it if you don’t like it. Imagine telling them the only way for them to get rid of their inappropriate co-worker was through a public vote, at risk of personal loss and possibly being voted out themselves?

Then imagine putting the whole thing on broadcast TV as a lesson to America in what happens when you speak up.

If a “Survivor” contestant had punched someone, does anyone think that the show wouldn’t boot them immediately? Of course not. If you’ve watched even a single season of “Survivor,” you know how cautious the show is about safety. Someone collapses from the heat, the medics come in and the producers make a decision about whether the player can continue.

There’s no hemming and hawing. No one takes a poll. No one pretends that a heart attack on “Survivor” is different from a heart attack in “the real world.” Because that would be moronic.

Sexual harassment is not just a cultural issue. It’s a safety issue. You either treat it like one or you don’t. If “Survivor” did, it would have never had to deal with “another incident,” because it would have listened to women and done the right thing in the first place.

But CBS as a culture has a record of cluelessness when it comes to doing the right thing on sexual harassment. Its chief executive, Les Moonves, was ousted, eventually, after revelations of egregious abuse over many years. Charlie Rose was swept up in the #MeToo reckoning, again only after years of misconduct.

And CBS has acted deaf, dumb and blind in handling cases on individual shows, keeping on Michael Weatherly, the star of “Bull,” even after it paid a $9.5 million settlement to the actress Eliza Dushku, who said she was axed from the show after complaining about Weatherly’s inappropriate comments. CBS fired a former showrunner of “N.C.I.S.: New Orleans,” but only after a long history of inappropriate-behavior allegations. The network has been accused of creating a culture in which harassers and misogynists thrived.

If that’s how it works on top of the CBS mountain, why would it be any different on the island?

“Survivor” loves metaphors — “On this island, fire represents life” and all that. It sometimes seems to view itself as a metaphor for, and thus separate from, the real world. Players regularly distinguish between “the game” and “real life.” Its gameplay requires a kind of moral compartmentalization, which is relatively innocuous when it involves, say, lying to someone about your vote at a tribal council.

For the sake of its cast and crew — as well as the message it’s sending to millions of men, women and kids in its audience — “Survivor” needs to start acting like that. It needs to confront, in its regular post-finale special, how it failed, why it was wrong and what it’s going to change.

“Survivor” may construct its own reality for entertainment. But this isn’t a game.