A Recession Hasn’t Arrived (Yet). Here’s Where You’ll See It First. 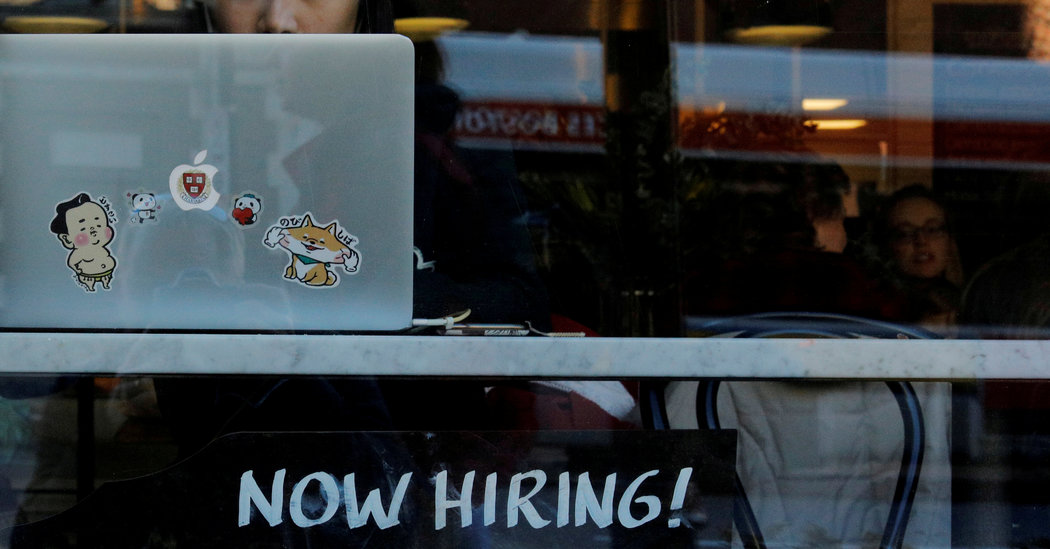 A Recession Hasn’t Arrived (Yet). Here’s Where You’ll See It First.

For a few weeks last summer, you would have been forgiven for thinking the United States was racing headlong into a recession. Financial markets were in turmoil, once-confident business leaders were suddenly jittery and seemingly every financial news outlet was warning that the economy was in trouble.

As the year comes to a close, the fever seems to have broken. The stock market has rallied. Job growth has remained strong and consumers have continued to spend. Forecasters still think the economy will slow next year, but for now, at least, they expect the longest economic expansion on record to continue.

What happened? One possibility is that we dodged a bullet: The economy really did come close to the brink, but then the Federal Reserve cut interest rates, President Trump toned down his trade rhetoric (at least temporarily) and the risks of a recession abated. It is also possible that those risks were never as great as they had appeared.

Back in July, I highlighted several indicators to watch for signs that a recession was imminent, or even already underway. As is so often the case in economics, they told a complicated and not altogether consistent story. Still, it is worth checking on each of those indicators to see what they are saying now.

The bottom line: Things look better now than they did in the summer, but there is still cause for vigilance. (For more information on all of these indicators and why they are important, see our original story.)

What it was saying in July: All clear.

What it is saying now: All clear.

Discussion: The unemployment rate was near a 50-year low back in July. It is even lower now — 3.5 percent in November, according to the blockbuster jobs numbers that came out last week.

Historically, a falling unemployment rate has been a near-certain sign that the economy is still growing. In other words, it is highly unlikely that a recession has already begun. But while the jobless rate is excellent at detecting recessions, it is not much good at predicting them — the labor market can change directions quickly in times of trouble.

What it was saying in July: Storm warning.

What it is saying now: A break in the clouds? Or the calm before the storm?

Discussion: More than any other single indicator, the yield curve was responsible for the outbreak of recession fever over the summer. The curve “inverted” earlier this year, meaning that interest rates on long-term government bonds fell below rates for short-term bonds. When that has happened historically, recessions have tended to follow in short order.

Since then, the yield curve has un-inverted — it once again costs the government more to borrow money for longer periods. That could be a sign that investors are less worried than they were about the direction of the economy. A measure from the Federal Reserve Bank of New York, which translates fluctuations in the yield curve into recession probabilities, shows that the chances of a recession beginning in the next year have fallen to about one in four, from one in three in August.

What it was saying in July: Mostly cloudy.

What it is saying now: Mostly cloudy.

Discussion: Back in July, the Institute for Supply Management’s closely watched manufacturing index was hovering just over 50, indicating the sector was still expanding, but barely. A month later, the index slipped below 50, meaning manufacturing was officially contracting. It has stayed below 50 since, weighed down by tariffs and a sluggish global economy.

But while the manufacturing sector is definitely struggling, it is not yet in bad enough shape to suggest that a recession is on the way. And the much larger service sector is still expanding, albeit slowly.

What it was saying in July: Partly cloudy.

What it is saying now: Mostly cloudy.

Discussion: With manufacturing in a slump and business investment falling, the economy is relying more than ever on consumers to keep the expansion on track. So it is a worrying sign that consumer sentiment is the only indicator on this list that has grown unambiguously gloomier since July.

Consumers are not panicking by any means: Confidence is still relatively high by historical standards. But it has fallen over the past year, which has historically been an early warning sign of an economic slowdown. The Conference Board’s confidence measure was down 8 percent in December from a year earlier; economists at Morgan Stanley have found that a 15 percent drop is a reliable predictor of a recession. (Another closely watched measure, from the University of Michigan is also down but not by as much.)

The indicators above have historically been among the most reliable canaries in the economic coal mine. But there are plenty of other measures that warrant attention. Here are four that I highlighted in July:

Temporary staffing levels: Companies hire and fire temp workers quickly in response to fluctuations in demand, making temporary staffing a good measure of business sentiment. Employment levels fell for three straight months in the spring and summer, but have since rebounded.

The quit rate: The rate at which workers voluntarily leave their jobs has been holding steady at a near-record level for more than a year. That is a sign of confidence, since people are generally reluctant to quit if they are worried about the economy.

Residential building permits: Housing construction has picked up in recent months, buoyed by low interest rates. But while housing has historically been an important indicator of the health of the economy, the sector is smaller today than in the past, so it may be less meaningful as an indicator.

Auto sales: The picture here has not changed much since the summer — or since 2016, for that matter. Car sales have been holding more or less steady for years.