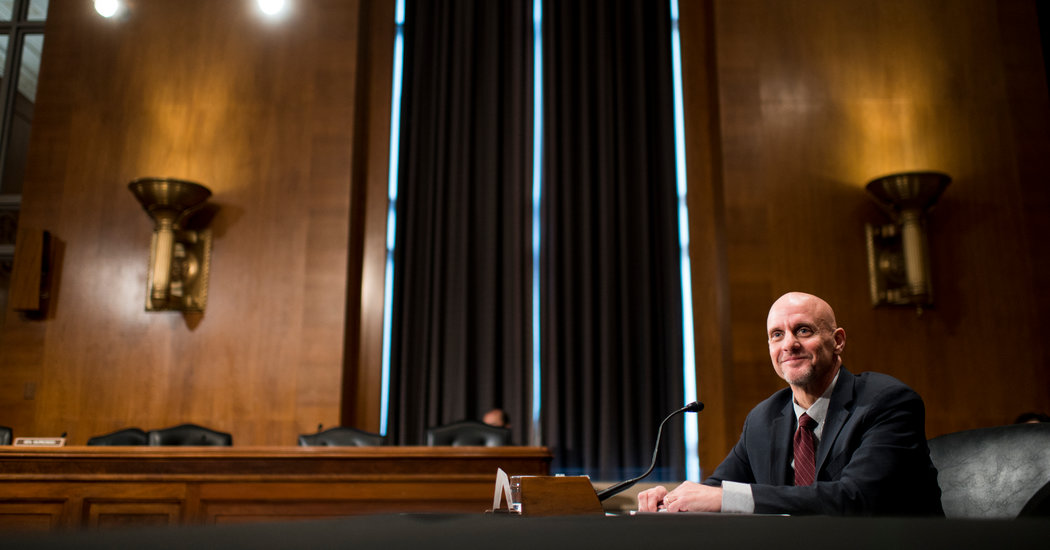 The Senate voted 72 to 18 to confirm Dr. Stephen Hahn as commissioner of the Food and Drug Administration, as the agency faces pressure to reduce teenage vaping and weighs competing interests on a long-delayed proposal to ban flavored e-cigarettes.

Dr. Hahn, chief medical executive at the University of Texas M.D. Anderson Cancer Center, was nominated by President Trump to replace Dr. Scott Gottlieb, who left the post in the spring. Since then, the F.D.A. has been run by two acting commissioners.

In two recent appearances before the Senate Committee on Health, Education, Labor and Pensions, Dr. Hahn, 59, sidestepped questions on whether he supports the F.D.A.’s proposal to ban most flavored e-cigarettes. Although President Trump promised to do so in September, he has since backed away from that plan, flummoxing public health lobbyists and industry executives alike.

Under tough questioning by Democrats, Dr. Hahn said repeatedly that he would use the best science to make regulatory decisions. But he stopped short of saying whether he supported the agency’s original proposal.

This week, Senator Richard J. Durbin, Democrat of Illinois, and a longtime critic of the tobacco and vaping industries, said he would support Dr. Hahn, saying he hoped the new commissioner would use the force of the office to seek a ban on all non-tobacco e-cigarette flavors.

“Dr. Hahn may find himself in a compromised position soon, and I told him as much,” Mr. Durbin said in a speech on the Senate floor on Wednesday. “If it comes to the point where the president has abandoned his effort against vaping, and the industry is going to prevail, then I’m afraid Dr. Hahn will wear the collar for some of the things that follow.’’

Besides tobacco products, Dr. Hahn, a noted oncologist, will oversee a sprawling agency, which has regulatory authority over prescription drugs, food safety, vitamin supplements, cosmetics, medical devices and even pet products and treatments.