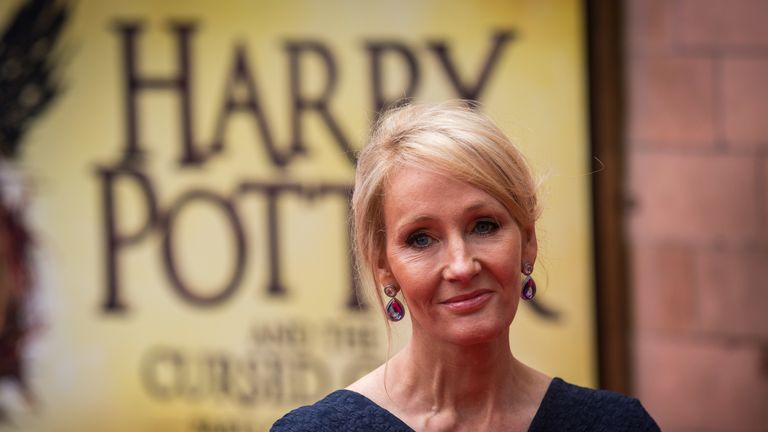 A first edition of Harry Potter And The Chamber of Secrets, signed by JK Rowling and bought for a penny, has sold at auction for £2,300.

The book, the second in the fantasy franchise, was snapped up by a private international buyer after it went under the hammer in Staffordshire on Thursday.

Businessman Mark Cavoto, 51, who owns around 1,500 books from the series, ordered the collector's item from Amazon for 1p, plus postage, without realising it was signed.

He says he is "over the moon" that the book sold at the top end of its estimate - and that it meant "the kids can have a little but more in their Santa stockings this year".

Over the years, the father-of-five from Derbyshire, has bought and sold around 3,000 Harry Potter books.

He says he started selling when his daughter Holly, now 25, began collecting them and he realised they could be sold for a higher price.

He said: "About 10 years ago, we decided to sell some of her older books and three of them were sold within 20 minutes on eBay for £9.99 each.

"I'm a businessman with a shop in Buxton and I knew this was a business opportunity.

"I checked the ISBN numbers and sourced the same three books second-hand on Amazon, bought them for a penny each plus postage and sold them online for £9.99 each in minutes."

Mr Cavoto says he was buying around 10 books a day when he came across the signed copy with Holly, who he says "loved to open all the Jiffy bags".

"One day she glanced at a book she'd just opened and said, 'This is no good, it's got ink on it'.

"She carried on opening the others, then went back to it. She stared at me and said, 'Oh my God, it's been signed by JK Rowling - and it's a first impression'."

He recalls how he thought she was joking at the time, but continued: "It was signed 'To Alexandra, JK Rowling' and was a 1998 hardback first edition of Harry Potter And The Chamber of Secrets, the second novel in the series."

It is not the first time Mr Cavoto has struck lucky with the fantasy books.

He previously spent just one penny on a copy of Harry Potter And The Philosopher's Stone from the second print run, which sold for £4,600.

He said the copy of the second novel in the series was "just as rare as the 500 books in the first print run".

"I snapped his hand off and used the money to start Partworks Collectables" - his business which helps collectors source items.

In October, a rare edition of the first book eventually went for £57,040 when it was sold at an auction in Etwall, Derbyshire.

It was in high demand because only 500 were printed - most of which went to schools and libraries.

Book expert Jim Spencer, from Hansons Auctioneers - which held the latest sale, claimed it was "some return for spending one penny".

He added: "What a great result for an incredibly lucky online purchase.

"I'm delighted for both the seller and the new owner. The Harry Potter phenomenon forges on."

He added that they have had "phenomenal success with Harry Potter books this year".

He said: "So much so, I'm still getting about 50 emails a day from people who think their copy may be valuable."