Adam Sandler shows his serious side in the manic 'Uncut Gems' 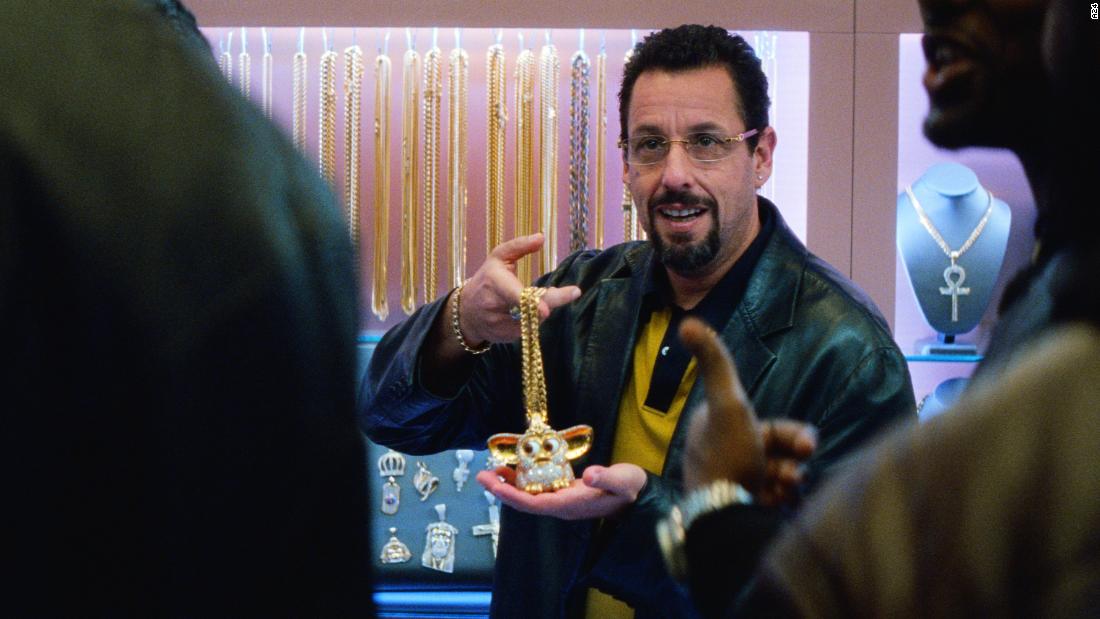 Adam Sandler shows his serious side in the manic 'Uncut Gems'

Sandler plays Howard Ratner, a New York jewelry dealer lurching from one crisis -- and high-stakes bet -- to the next. He has his own shop, but he's also a compulsive gambler, laying down huge sums on sports, which have left him in debt to the wrong people -- and looking for salvation -- when the movie begins.
Howard's lifeline is to come in the form of a precious opal that he's acquired from Africa, which he seeks to sell. He finds a potential buyer in NBA superstar Kevin Garnett (playing himself, quite well), but coming into contact with him merely inspires Howard to keep doubling down on his gambling with elaborate parlays, defying the odds and common sense as his craving for action blinds him, at least periodically, to the peril that he keeps courting.
As if all that weren't enough, Howard's personal life is unraveling, as he and his wife (Idina Menzel, underserved by a thin role) are seeking to conceal their troubles from their children and friends, while Howard houses his employee and girlfriend (Julia Fox) in an apartment. He's wildly jealous, but she seems to genuinely care about him, which becomes increasingly difficult to fathom as he careens through his day.
Directed by brothers Josh and Benny Safdie, "Uncut Gems" has garnered understandable praise for its sheer energy, as well as the manic ferocity of Sandler's work. It certainly captures a vivid slice of operating in the diamond district, a sphere populated by cash transactions and braggadocio.
Still, Howard is such a wild-eyed, agitated figure that there's virtually no variation in that tone -- he's cranked up to an 11 at all times -- which makes him, and the movie, more than a little exhausting. That general dynamic also saps away some tension regarding how his high-wire act is going to turn out.
Sandler spends so much of his time churning out forgettable comedies -- most recently for Netflix, with which he struck a multi-movie deal in 2014, and later extended -- it's easy to forget his more serious work in movies like "Punch-Drunk Love," "Spanglish" and "The Meyerowitz Stories," reflecting greater ambition and range. This not only feels conspicuously tilted toward the art-house end of his filmography, but almost goes overboard in shelving his humorous side.
"Uncut Gems" isn't a bad bet, as these things go, especially for those who'll be dazzled by the Safdies' filmmaking style. Beyond that, though, the movie doesn't hit consistently enough to deliver a winning ticket.
"Uncut Gems" premieres Dec. 13 in the US. It's rated R.
Read this on WNG CNN