‘Jumanji: The Next Level’ Review: New Faces Join the Gang, Back in the Wild 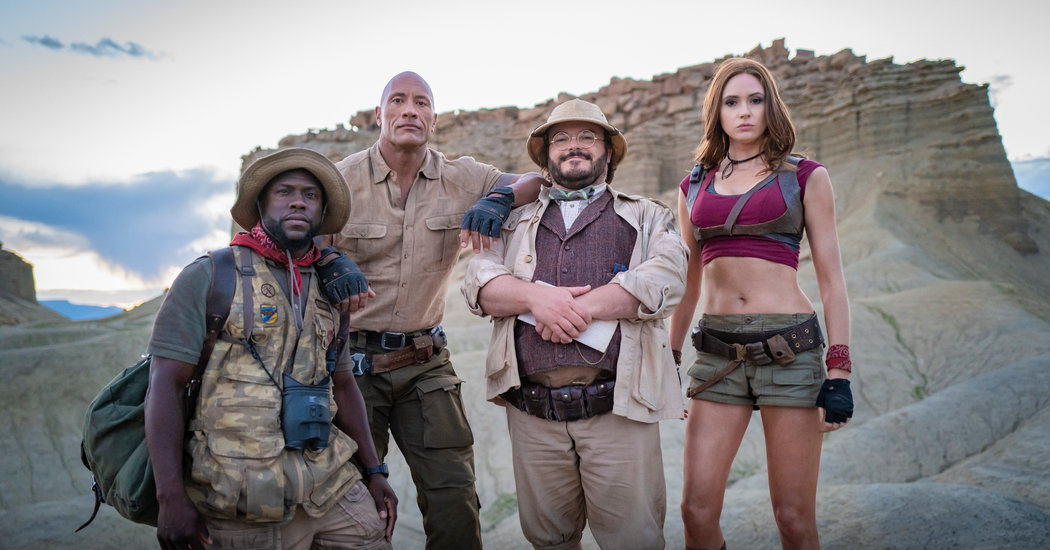 ‘Jumanji: The Next Level’ Review: New Faces Join the Gang, Back in the Wild

It’s only two weeks after Thanksgiving. A little early to have to contend with a new overstuffed turkey. And yet, here is “Jumanji: The Next Level.”

This is the sequel to a 2017 reboot (again directed by Jake Kasdan), which connected mightily with audiences. In that movie, a quartet of teens got sucked into a video game that assigned them avatars, which also served as virtual life coaches. Wimpy Spencer got to inhabit Dwayne Johnson (a.k.a. the Rock), while shy Martha got to kick butt in Karen Gillan’s body. Self-absorbed Bethany got a soft comeuppance being Jack Black. And “Fridge,” a giant jock, got cut down to Kevin Hart’s stature.

Here, on winter break, downhearted Spencer — his life hack didn’t quite take — has dug up the game and re-entered its world. His friends try to follow, but only a couple make it in. They are joined by Eddie, Spencer’s crotchety grandfather (a delightfully dyspeptic Danny DeVito) and Eddie’s estranged best pal, Milo (a warm Danny Glover).

Yes, Eddie does wind up in Dwayne Johnson’s body, which affords Johnson the opportunity to try a New Jersey accent. It’s not bad.

This all sounds more complicated than it plays out onscreen, which is to Kasdan’s credit. Adding to the twists is a body of water that enables avatar-switching; it reintroduces itself at a crucial story point, as one does. At another crucial point, the actress and rapper Awkwafina shows up to join in the ostensible fun; at another, Colin Hanks and Nick Jonas reprise their roles from the prior movie.

It’s perhaps unfair to call this a turkey. It’s got some sweet moments, and the cast, as it did in the previous picture, enjoys itself at least semi-infectiously. But the action sequences are lifeless; the lessons valid but arguably stale; and the trimmings, mere bloat.

Jumanji: The Next Level