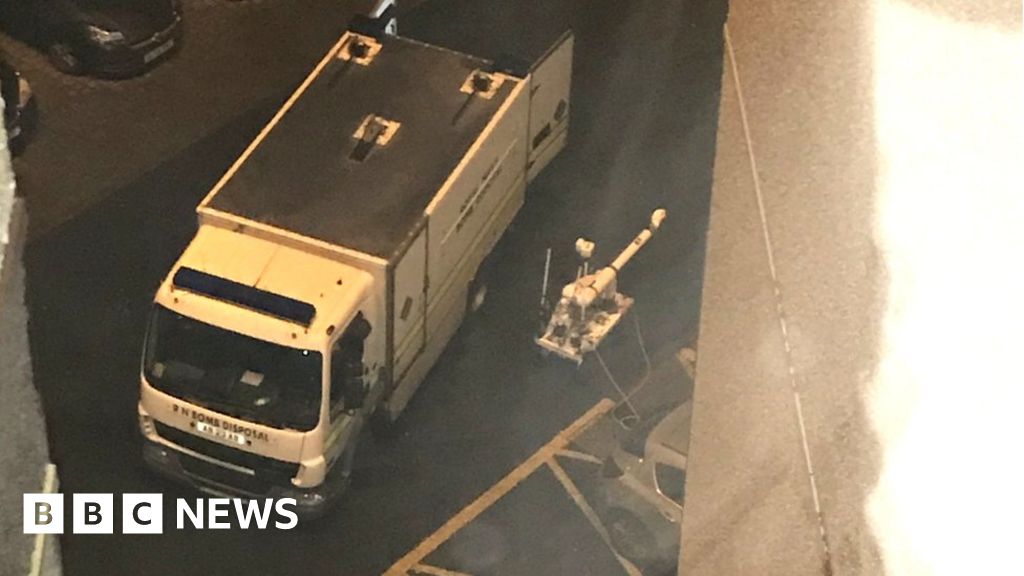 A 48-year-old man has been arrested after a suspicious device was found near a polling station in North Lanarkshire.

Police confirmed a controlled explosion was carried out on the "non-viable device", which was spotted on the ground floor of Glen Tower flats in Motherwell at 01:00.

A community room in the building was due to be used as a polling station.

Police said the explosion was precautionary and inquiries continue.

The council said all those registered to vote in the tower had been asked to go to Knowetop Primary School instead.

Ch Insp Mark Leonard said: "A cordon was placed around the building and residents within the cordon were evacuated for safety reasons.

"The evacuation has now ended and police are working with North Lanarkshire Council to return people to their homes.

"Inquiries are ongoing and we are keen to talk to anyone that may have seen anyone acting suspiciously in the area around 12 and 1am this morning."

North Lanarkshire Council said the new polling station would be operational from 07:00.

They added: "All voters registered to vote at Glen Tower in Motherwell are asked to make their way to Knowetop Primary School, Knowetop Avenue, Motherwell instead."