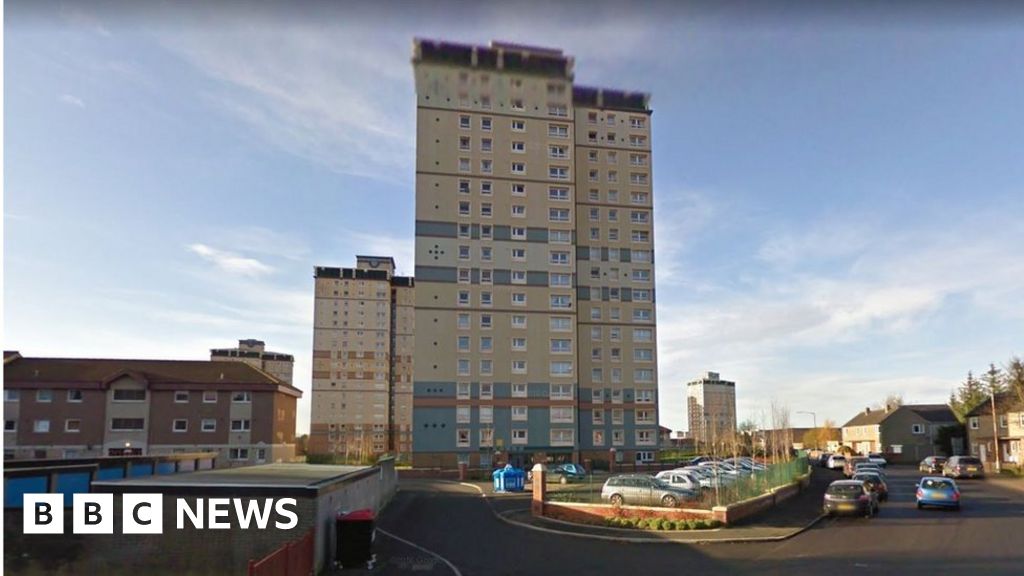 A controlled explosion has been carried out near a polling station in North Lanarkshire after a suspicious device was found.

Police said the device was found on the ground floor of Glen Tower flats in Motherwell at about 01:00 on Thursday.

A community room in the building was due to be used as a polling station for voters in the area.

The council said all those registered to vote in the tower had been asked to go to Knowetop Primary School instead.

In a statement, police said: "A cordon has been placed around the building, residents within the cordon have been evacuated and a controlled explosion has been carried out by Explosive Ordnance Device staff as a precaution.

"Inquiries are ongoing to establish how viable the device was and the full circumstances surrounding the incident."

North Lanarkshire Council said the new polling station would be operational from 07:00.

They added: "All voters registered to vote at Glen Tower in Motherwell are asked to make their way to Knowetop Primary School, Knowetop Avenue, Motherwell instead."