General election 2019: What are the dos and don'ts of election day? 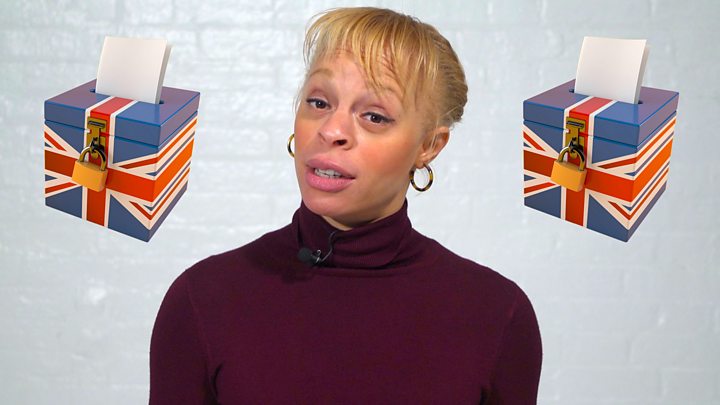 General election 2019: What are the dos and don'ts of election day?

The general election takes place on Thursday, but what do you need to know about polling station etiquette? Here are the rules on everything from whether you can take a selfie to voting while drunk.

How do I find my polling station?

The deadline for registering to vote in this general election was on 26 November. If you are on the electoral register, you should have received a polling card with your polling number and polling station address. If you do not have a polling card contact your local authority's election office.

You must vote at the polling station to which you have been assigned between 07:00 and 22:00 GMT on election day. If you are in a queue when the polls shut, you will be allowed to vote.

How do I vote?

When you arrive, staff will take your details and in Northern Ireland, they will also request a form of photographic ID. You don't need your polling card, although it may speed things up.

You will receive a ballot paper, featuring an official mark or number to combat fraud, and listing candidates and parties in your constituency.

Take it to a screened booth, where you will find a pencil to vote with, although you can use your own pen if you prefer. Read the ballot paper carefully and then vote for your chosen candidate by putting an X in the box by their name. If you mark any more boxes, your paper will be invalid.

However, if you make a mistake you can get another ballot paper, if you have not put it in the ballot box. Votes made with a tick or even a smiley face may be counted if the voter's choice is clear, but will be disqualified otherwise.

When you are ready, fold the ballot paper - for privacy - and put it in the box where the votes are collected.

Can you take a selfie?

The Electoral Commission advises against it because it risks accidentally giving away how someone else voted, which is against the law.

However, it adds that people are welcome to share photos taken outside a polling station "to encourage your friends and family to vote".

What about telling your followers how you voted?

Yes you can - but only about your vote and not anyone else's, so you are advised not to update your account inside the polling station. The punishment for revealing how another person voted - even accidentally - is up to £5,000, or six months in prison.

You are not allowed to photograph the ballot paper you receive in a polling station - but you can snap your postal ballot paper, because electoral law treats them differently.

Can I spoil my ballot paper?

Yes. Some people spoil their votes as a protest vote. These do not count towards any candidate, but are recorded.

Only 0.2% of votes were rejected for being invalid at the 2017 general election.

Are pets allowed in polling stations?

Animals, apart from assistance dogs, are not usually allowed inside polling stations.

Can you wear political clothing?

The Electoral Commission says there is nothing in law to prevent you from wearing a slogan going into a polling station, with the intention of voting.

You should, however, leave immediately afterwards as campaigning inside polling stations is not permitted, and this could be seen as doing just that.

Suppose you've been drinking - can you still vote?

Yes. You can vote if you are drunk or under the influence of drugs, unless you are disruptive.

Can I vote without going to the polling station?

Yes - as long as you registered to vote by post, or appointed a proxy to vote on your behalf, in time.

Can I discuss the candidates with my partner?

Before you go to vote - yes. Inside the polling station - definitely not, as political discussion is banned there. Staff will intervene if they hear any chat about candidates or parties.

I'm nervous. Can a friend come and help me?

Yes they can, if they are registered to vote at your polling station, but they cannot enter the booth where you vote.

If the friend is not registered there, they may be refused entry. This is up to polling station staff.

Can my children come in with me?

Yes. Bringing children to the polling station is encouraged, because it is seen as educating them about democracy. But a child is not allowed to mark your vote on the ballot paper.

I have a disability - can I get help with voting?

Yes. The presiding officer can mark the paper for you, or a close family member aged 18 or over, or another eligible voter, like a support worker, can accompany you.

If you have a visual impairment, you can ask for a device that lets you mark your own ballot paper. A large print version should also be available.

Polling stations are selected for accessibility. If a voter cannot enter the polling station because of a physical disability, the presiding officer may take the ballot paper to them.

Can I write a message to the politicians?

You can, but it may mean your vote won't be counted.

If you wish to vote for a candidate you should avoid writing comments in the margin. It might confuse the counters and lead to your vote being deemed doubtful and subsequently rejected.

People do occasionally sign their ballots, but if the name is identifiable then again your vote will not count.

No. It is entirely up to you whether or not you vote. The average turnout in the UK for general elections since 1918 has been 72.9%.

Who should I vote for?

We can't tell you - we are the BBC and have strict impartiality rules - but if you want to read around, here's a link to our party guides and our manifesto guide.

Some people choose to vote tactically in an election - this is what that means.

Who counts the votes?

Staff are recruited by local councils. Jobs available include being the presiding officer, conducting the ballot, counting the votes and processing the postal votes.

These roles are paid at different rates, with some councils offering more than £300 for certain positions.

When will we know who won the election?

The votes will start to be counted as soon as the polls close. Constituencies will start to declare their results within the first few hours of the vote. A large number are expected between 03:00 and 05:00 GMT on Friday.

It is difficult to predict when a new government will be formed, and it depends on how close the election is.