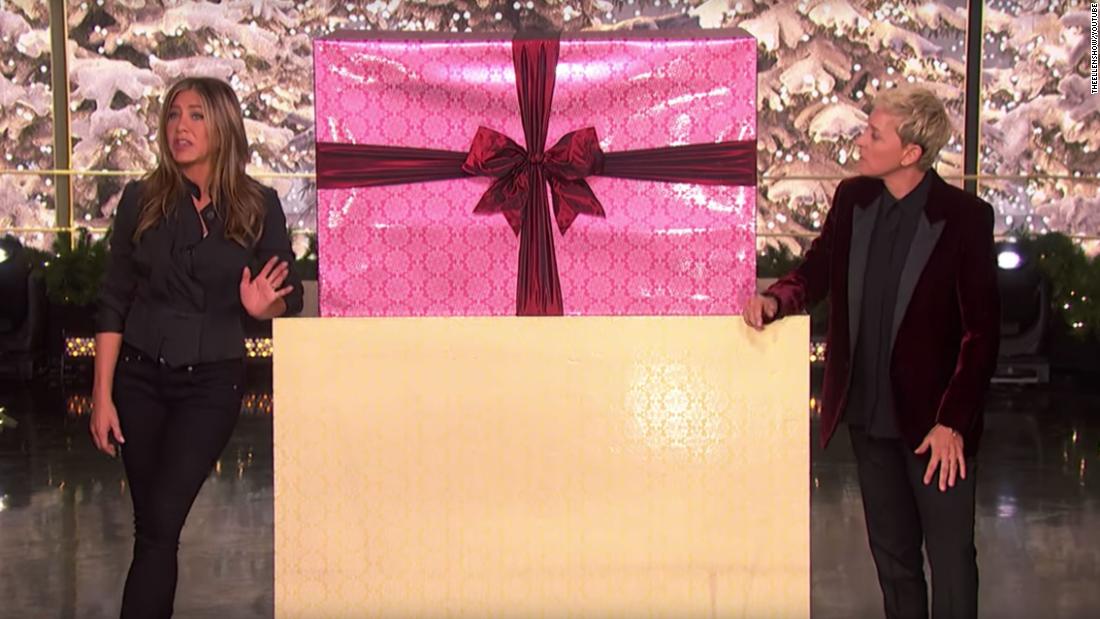 The family's emotional story brought Aniston to tears. Viewer Elyse Kimball made a video about her father, Jeff Kimball, who lost his wife and mother of their two daughters to cancer when the girls were young.
"He has given all he has got for our family of three. He doesn't deserve this," the teen said in tears.
"He's all I got," she continued. "He is my life. He is what gets me through the good and the bad. For once, I want to give something to him. I want him to get something he deserves, and I can't do this without help."
Meanwhile, DeGeneres had tricked the family into thinking she had sent a film crew to their home for a segment on people who turn their lives around. Kimball, her father, and sister were all in the studio audience and were invited to the stage by DeGeneres, who told them what was really going on.
"What would your mom say right now if she knew you guys were here?" Aniston asked the girls.
"She would be so happy. Ellen, she was your biggest fan. So, she would be like, 'Move over, 'cause I am getting closer,'" their dad said.
DeGeneres revealed that while they were away from home, her crew had decorated their house with Christmas lights, put up a Christmas tree, left the family multiple presents and updated furniture.
Aniston gave them an ornament of the Eiffel Tower, because it had been on their mom's bucket list to take a trip to Paris. DeGeneres topped that with a real-life trip to France. Aniston then added Italy to the trip. DeGeneres added London. Aniston then said they "might as well go to Greece."
"You're going to Europe for a month," Ellen told the family.
The talk host also gifted both girls and their dad $50,000 each in Visa cards, which caused Aniston to hug her crying.
Read this on WNG CNN