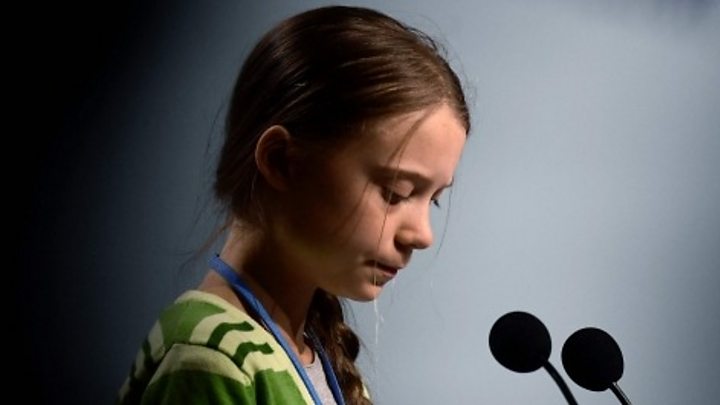 Speaking at a UN climate change summit, Ms Thunberg said the next decade would define the planet's future.

What did Greta say?

"The real danger is when politicians and CEOs are making it look like real action is happening when, in fact, almost nothing is being done apart from clever accounting and creative PR," the 16-year-old Swede told the COP25 Climate Conference in Madrid, drawing applause.

The clock was ticking as the decade comes to a close, she said.

"In just three weeks we will enter a new decade, a decade that will define our future. Right now, we are desperate for any sign of hope," she said.

This was meant to be a big moment in the talks, the elixir of the "Greta effect" bringing new energy to a flagging process.

The teenager is almost certainly the most famous person here, attracting far more attention than other celebrities like Al Gore, and the UN badly needs a boost.

Her talk came over as measured, grounded in the latest research, and avoided the flash of hurt and anger she displayed in New York in September.

Looking around the hall, it was striking how many of the national delegations had not turned up for this morning session at the conference.

In any event, the passion among the millions of young people who've taken to the streets to demand action on climate change feels very remote from the diplomatic struggles in these halls.

What happened with Bolsonaro?

Ms Thunberg's speech comes after the far-right Brazilian leader lashed out at her after she expressed concern about the killing of indigenous Brazilians in the Amazon.

"It's impressive that the press is giving space to a brat like that," he added, using the Portuguese word "pirralha".