Fed Is Likely to Leave Rates Alone, and Markets Wonder What’s Next 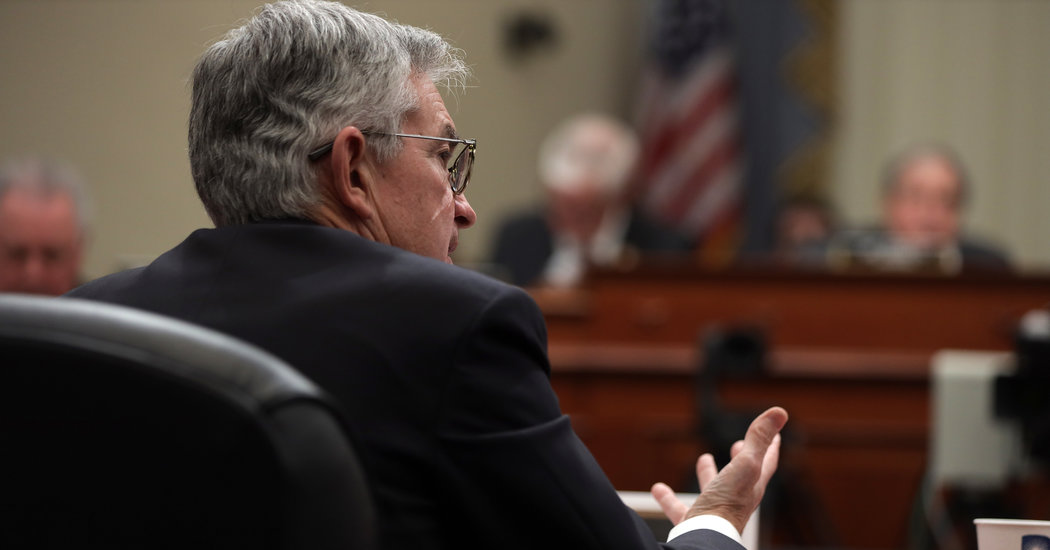 Fed Is Likely to Leave Rates Alone, and Markets Wonder What’s Next

WASHINGTON — The Federal Reserve is expected to leave interest rates unchanged at its final meeting of the year on Wednesday, as officials wait to see how the economy fares after they cut rate three times in 2019.

Fed Chair Jerome H. Powell and his colleagues made an aggressive shift this year. After slowly raising rates between late 2015 and 2018 to keep an expanding economy operating at an even keel, they lowered them between July and October as President Trump’s trade war roiled business confidence and global growth slowed.

Their moves seem to have helped, and growth looks to be on sounder footing. Policymakers have signaled that they will now leave rates unchanged until something causes them to reassess the outlook, a message economists expect the Fed to reaffirm in its post-meeting statement and new economic projections on Wednesday afternoon.

“Markets get, loud and clear, that the Fed feels the current policy rate is appropriate,” said Michelle Girard, chief United States economist for NatWest Markets. Ms. Girard said investors would now be on the lookout “for any sign — for any more information — about what would lead to a change in their thinking.”

Trade remains a critical wild card for the central bank. Mr. Trump’s spat with China and other trading partners continues to stoke business uncertainty and weigh on investment, and while the tensions have shown recent signs of easing, how they will end is anyone’s guess. Barring a last-minute delay, another round of tariffs on Chinese goods is expected to go into effect on Sunday, at which point the United States will have imposed levies on nearly every shoe, laptop and bicycle that America imports from China.

“Policy changes in the speed of a tweet,” said Diane Swonk, chief economist at Grant Thornton. “As good as they feel about things, they also know how fast they can change.”

Incoming economic data has been solid, allowing the Fed to remain patient for now. The job market is expanding, unemployment is at its lowest level in 50 years, and wages are gradually rising, which should fuel consumer spending. The expansion is powering through a record 11th year with steady growth. While factory activity remains subdued and economies abroad are shaky, both have shown improvement over the past month.

At the same time, inflation remains mired below the central bank’s 2 percent target. Without faster price gains, Mr. Powell and his colleagues are in no rush to raise rates to guard against an economic overheating.

“We see a high bar for policy moves in either direction,” economists at Goldman Sachs wrote in a research note previewing the meeting.

Still, the economy’s calm surface conceals longer-term challenges, ones that Mr. Powell could be asked about during his 2:30 p.m. news conference.

Interest rates are set in a range of 1.5 percent to 1.75 percent after the Fed’s three cuts this year, leaving officials with limited room to lower borrowing costs to revive the economy in the next recession. The Fed cut rates by about 5 percentage points — to near zero — to help cushion the blow from the last downturn.

Officials have spent 2019 carrying out a “framework review,” re-examining the way they approach their inflation target, their tools to combat future economic slumps and their communications practices. Next year will be decision time: The process, which Mr. Powell himself instigated and which Vice Chair Richard Clarida is leading, is expected to wrap up in the summer.

The central bank, before too long, might need to unveil a more permanent fix for an obscure but critical market that has been in turmoil in recent months.

Rates in the repurchase market, which banks and hedge funds use for short-term loans, spiked in mid-September. A confluence of factors — including a corporate tax due date and a raft of Treasury bond issuance — helped to create a cash squeeze, pushing rates as high as 10 percent from around 2 percent normally.

The rupture spilled over to other important money markets, lifting the Fed’s key interest rate briefly above its targeted range. The Federal Reserve Bank of New York intervened for the first time since the financial crisis to smooth things over. It has continued to do so, though officials have made it clear that they do not want to remain active in the market indefinitely.

The Fed’s own policy approach probably contributed to the September issues. The central bank had been gradually shrinking its portfolio of government-backed bonds — swollen by post-recession stimulus programs — until late this summer, draining money from the financial system in the process. As of October, it began to buy Treasury bills again to ensure that there are enough cash holdings at the Fed, or reserves, to keep markets well supplied.

For now, Fed officials will probably signal that they are ready and willing to act to keep money markets under control headed into the end of the year, when banks tend to hoard their reserves for regulatory reasons, potentially pushing repo rates up again.

“I would expect them to effectively say that we’re going to do whatever it takes to make sure that year-end goes smoothly,” said Michael Feroli, chief United States economist at J.P. Morgan.

Political dynamics are also likely to be top-of-mind headed into 2020, even if Mr. Powell and his colleagues would prefer not to talk about them.

Mr. Trump has regularly pressured the central bank to ease monetary policy more aggressively, calling for negative interest rates and labeling Mr. Powell both an “enemy” and a bad golfer over the course of the last 12 months.

The central bank, which is independent of the White House but answers to Congress, has done its best to stay out of the fray. But it could remain in Mr. Trump’s sights as he returns to campaigning, given that he regularly bashed the Fed while on the 2016 campaign trail.

“They’d really love to stay on the sidelines — and stay out of the news — in an election year,” Ms. Swonk said. But if trade conflicts or other risks threaten the economy, the Fed will need to stand ready to move again, political cycle notwithstanding.

“The biggest challenge is to stay on the sidelines, but to also know when that won’t be right.”