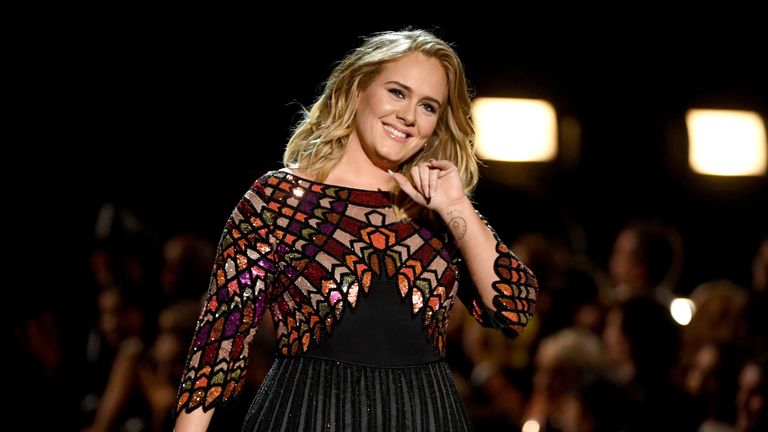 Ed Sheeran is going to need a bigger mantelpiece.

Hot on the heels of his hit song Shape Of You being named Spotify's most streamed track in the world of the past 10 years, the Official Charts Company has now crowned the singer-songwriter as its artist of the decade, too.

Earlier this year, his Divide tour was confirmed as the most attended and highest grossing of all time, beating a record set by U2.

Since the start of 2010, Sheeran has topped the singles and albums charts 12 times, more than any other artist, spending a total of 79 weeks at number one.

However, when it comes to the biggest albums of the decade, Adele takes first and second prize for 21 and 25, with 21 racking up racking up 5.17 million chart sales.

But Sheeran's overall achievements mean he follows in the footsteps of Paul McCartney and Justin Bieber to become only the third ever recipient of an Official Chart Record Breaker award.

Bieber picked his up when he became the first act in history to hold the top three positions in the UK singles chart - with Love Yourself, Sorry and What Do You Mean in 2016 - while McCartney won the prize as the biggest albums act of all time (22 number ones throughout his career).

Commenting on his latest accolade, Sheeran said: "Thank you to everyone who's supported me over the past 10 years, especially my amazing fans. Here's to the next 10."

Official Charts Company chief executive Martin Talbot said Sheeran had "truly dominated" the decade since he launched his debut album, Plus, in 2011.

"At the start of the decade, he was a little known (albeit highly rated) young 18-year-old lad from Suffolk - but his catalogue of achievements since then are genuinely remarkable," he said. "Today, he is firmly established among the highest level of global music superstars."

Unsurprisingly, Shape Of You, which spent 14 weeks at number one in 2017, has also been named as the Official Charts' biggest song of the decade, with 4.5 million chart sales.

Sheeran also claims the number three and five slots in the singles chart, with Thinking Out Loud and former Christmas number one Perfect. Uptown Funk and Despacito make up the top five.

In the last few days, Sheeran also surpassed 1,000 weeks in the Top 75 (1,002 weeks), with Elvis Presley, Cliff Richard and Rihanna the only other artists in history to have reached the milestone.

And although rules have since changed to limit entries, Sheeran also famously "broke the chart" in March 2017, when the release of his Divide album propelled all 16 tracks into the top 20 in the same week.

If that wasn't enough, Divide is the fastest selling album by a male solo artist of all time, and Sheeran is also the first and only act in chart history to have three different albums spend an entire year in the Top 10.

One record Sheeran did miss out on is longest-running number one of the decade, which goes to Drake and Once Dance. How many weeks did it spend at the top? Fifteen, pipping Shape Of You by just one week - but missing out on equalling Bryan Adams' (Everything I Do) I Do It For You by just a week, too.

All in all, Sheeran is probably still pretty happy with his lot for the decade.

Here are the Official Charts Top 10s for singles and albums in the last 10 years.

And a few more stats for you: biggest debut album of the decade goes to Sam Smith's In The Lonely Hour, while biggest greatest hits collection goes to Bon Jovi, who entered the chart at number 33.

And, despite being released in 2004 (practically ancient), The Killer's Mr Brightside is still one of the most popular tracks of the decade, ranking just outside the top 10 at number 12.