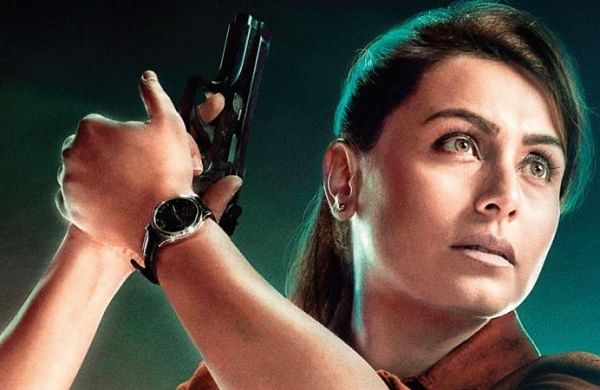 A Mardaani sequel was always on the cards. The first film, released in 2015, was a success, pitting intrepid police officer Shivani Shivaji Roy (Rani Mukerji) against a ruthless antagonist (Tahir Raj Bhasin).

The action thriller was noted for its exploration of global child trafficking networks, which extend from Delhi to Rajasthan to Hong Kong. It’s this hunt for topicality that kept Mardaani 2 in the offing for the last few years. “As we know, Mardaani was born out of the sheer anger that we felt during the Nirbhaya case,” says Rani.

“We were all shocked and in disbelief at the kind of crimes that were happening. The film was our way to channel that anger. So, for the sequel, we needed something equally strong and relevant.”

Written and directed by Gopi Puthran, Mardaani 2 grapples with sexual crimes committed by juveniles. The film is set in Kota, Rajasthan, where Shivani is on a quest to nab a 21-year-old serial rapist and murderer.

The trailer opens with troubling data from the National Crime Records Bureau, claiming that more than 2,000 rape crimes are committed by ‘boys under 18 years in India every year.’ In light of the Nirbhaya verdict and the contentious Juvenile Justice Act, Mardaani 2 is poised to stir a conversation.

“If you ask me, rape is the most violent crime that can be committed against a woman,” Rani says. “It’s not only physical; there are different kinds of violations women face in their daily lives. When she is travelling in a bus or a train, a woman is treated as public property. So there are a lot of mental changes that we as a nation and the men need to make. It needs to happen right from the start since a child is not born a criminal. It’s the environment and the upbringing that shapes an individual into an anti-social element.”

The story of Mardaani 2 picks up from the first part. From a crime branch officer with the Mumbai Police, Shivani has been elevated to the rank of Superintendent. Her fighting skills, likewise, have levelled up. “I’m wearing the khaki more prominently in this film,” Rani shares.

“Action comes easily to me because I really love to hit. There’s a lot of natural hand-to-hand combat in this one, which was fun.”

Her antagonist, this time around, is played by television actor Vishal Jethwa. We get glimpses of him in the trailer — a bald, masked villain threatening to kidnap new victims and dumping their bodies in the gutter. “Audiences can expect the unexpected with Vishal,” Rani says.

“The idea is to showcase how a criminal does not come with a particular age or face. Through this casting, we want girls to be aware of anyone and everyone they do not know.”

Rani’s last role was in Hichki (2018), as an aspiring school teacher with Tourette syndrome. She also made a cameo appearance in Zero. The actor, who made her Bollywood debut in 1996, finds Hindi cinema at its most invigorating stage at the moment.

“Because of the digital medium, audiences are getting more educated about world cinema. They are watching an Israeli show, a South American series, and a French film at the click of a button. There’s also an explosion of pan-Indian and regional films. That’s the reason why in Hindi films, content-driven cinema is becoming successful — because people are finally buying tickets to watch these movies. And thanks to them, we actors are also getting a chance to work in quality cinema. It’s a victory of the audience, really.”