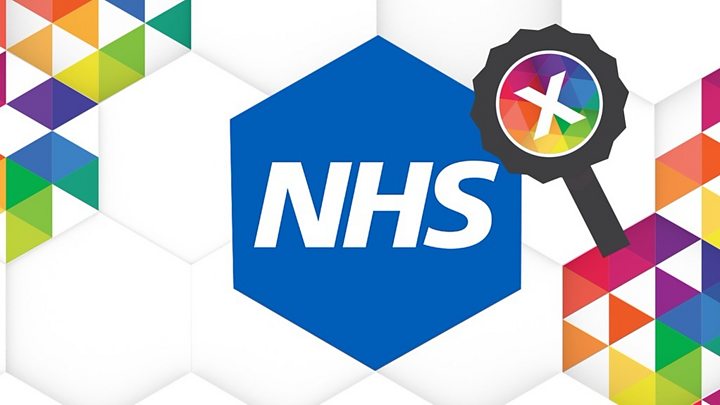 The party leaders are set for a frantic day of campaigning as they criss-cross the country to promote key messages ahead of Thursday's general election.

Jeremy Corbyn will say Labour offers a "vote for hope", while Boris Johnson will say the Tories are the only party who can "get Brexit done".

Lib Dem leader Jo Swinson will also call on people to back her candidates to stop the UK leaving the EU.

SNP leader Nicola Sturgeon is also expected to be making her final pitch to voters, as the six-week campaign enters its critical final hours.

Ms Sturgeon - who took part in a BBC debate with other Scottish leaders on Tuesday evening - is likely to repeat her call on voters to "lock Boris Johnson out" of Downing Street by voting SNP.

The Conservatives retain a solid lead over Labour, according to the BBC's opinion poll tracker.

A poll produced by YouGov released on Tuesday evening suggests the Conservatives are on course for a small majority of around 28.

Their poll puts the Conservatives on 43%, which their model translates into 339 seats; Labour on 34%, with 231 seats; the Liberal Democrats on 12%, with 15 seats; the Greens with 3% and one seat and the Brexit Party on 3%, with no seats. The SNP are projected to have 41 seats, an increase of six on 2017, and Plaid Cymru are unchanged with four seats.

A similar YouGov analysis last month had the Conservatives ahead of Labour by a bigger margin, with a Tory majority of 68.

But the pollster points out that its seat share estimates come with some uncertainty, and the margin of error could put the Tories' final seat numbers between 311 and 367, meaning neither another hung Parliament nor a larger Tory majority can be ruled out.

Fieldwork was conducted between 4 and 10 December, with 100,000 people polled.

Labour is hoping for a late swing in its favour, as happened in the 2017 general election, while the Tories are warning about the possibility of a hung Parliament, amid concerns about voter complacency.

Both party leaders will be hoping to put a rocky few days behind them, as they embark on the traditional election-eve tour of target seats.

Boris Johnson is expected to start Wednesday doing a milk round, and will use events throughout the day to stress key Tory pledges on investing in the NHS, raising the number of police officers and bringing in a new immigration system.

But his main message will be on Brexit, saying those who voted to Leave had been "ignored" since the referendum.

He will also say those who voted to Remain had had their own priorities "ignored" due to Parliament's focus on leaving the EU.

"Brexit is the key to unlocking this action - because unless we get out of this quicksand of a Brexit argument, our future as a country remains uncertain," says Mr Johnson.

'Put money in your pocket'

Mr Corbyn will begin in Scotland before heading to the north-east of England - where the Tories are targeting Leave-voting Labour seats - to appeal to undecided voters.

He will repeat pledges on funding for the NHS, expanding free childcare and lowering transport fares, promising to "put money in your pocket, because you deserve it".

But he will also tackle Mr Johnson's message, saying: "Labour will get Brexit sorted - we will secure a good deal for working people, and give you the final say."

The party has promised to negotiate a new deal with the EU within three months of being elected and put it to another referendum - versus Remain - within six months.

"This is the most important election in a generation and people have the chance on Thursday to vote for a government for the many, not the few," Mr Corbyn will add.

Labour will also level accusations at the Tories about what five more years of them in government will do to the NHS, including longer waiting lists and increases in wait times for cancer treatment and in A&E.

The party claims that, on current trends, the number of patients waiting for treatment will increase "beyond current record levels".

But Health Secretary Matt Hancock has dismissed their analysis as "nonsense", adding: "The biggest threat to our NHS is Jeremy Corbyn and his disastrous plans for a four-day week and uncontrolled and unlimited immigration."

Meanwhile, Ms Swinson will be going to rallies with Lib Dem members to double down on her anti-Brexit message.

She will say voting for her party can stop Mr Johnson getting a Conservative majority, and stop the UK from leaving the EU.

The leader will call on her activists to "keep going [and] fighting for every vote", but will also tell other voters that supporting them will not be a wasted ballot.

"To everyone out there who has a growing pile of Lib Dem leaflets on their kitchen table - we can win where you live," she will say.

"You can stop another Conservative MP being elected. You can stop Boris Johnson from getting a majority he doesn't deserve. You can help us stop Brexit."

The Brexit Party will also be on the road, campaigning across the north of England.

Leader Nigel Farage's message will be aimed at Leave voters in Labour areas, telling them "not to waste your vote" on Tories who have little chance of winning the seat.

Instead, he will call for them to back his party to ensure Brexit goes ahead.

Plaid Cymru's leader, Adam Price, will use the last day of the campaign to publish a draft law which would make lying by politicians a criminal offence.