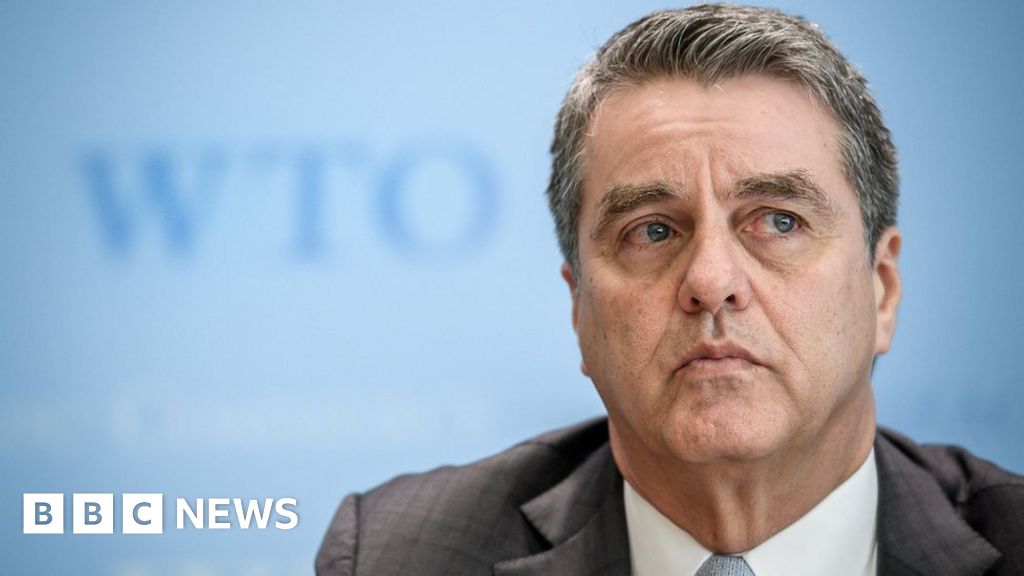 Director General of the World Trade Organisation Roberto Azevedo says it will take "a few months" to fix its main body for settling trade disputes.

It has ground to a halt because the US has blocked the appointment of new judges.

Three are needed and today there is just one.

The Appellate Body has the final say on disputes that cover billions of dollars of international trade and its decisions are supposed to be binding.

However, now that it has ceased to function and can't take on new cases Mr Azevedo conceded that "significant changes in the dispute settlement mechanism" will be needed and that "intensive consultations" will start immediately.

These are likely to include "looking at issues like how fast can the disputes settlement work".

Those changes are being demanded by President Trump's administration in Washington. Their argument is that the WTO has treated the United States unfairly. Some of their criticisms are shared by other countries but others are not. Despite this Mr Azevedo says that Donald Trump's tenure as US president is not a barrier to reaching a solution.

"It's whether we can find fixes that everybody can live with".

He adds that, "these are extremely complex conversations and negotiations and very political in nature, so we have to understand this is not something that is going to be solved overnight, just like that".

Mr Trump's role is disputed by Professor James Bacchus, a former chairman, or chief judge, of the WTO Appellate Body as well as a former US trade negotiator. He told the BBC there is "little chance of resolving this while Donald Trump is still president in a way that will continue to preserve the independence and impartiality of the Appellate Body and the rest of the WTO dispute settlement system".

He says that whilst the US has won the vast majority of cases it has bought at the WTO it has repeatedly violated the trade remedies imposed on it by the organisation.

Professor Bacchus says that many of the US claims against the WTO are "trumped up".

The US, however, thinks that the WTO dispute system interprets the WTO rules in a way that creates new obligations for WTO members, according to US ambassador to the WTO, Dennis Shea.

One area that particularly grates in Washington is dumping, when a foreign supplier sells goods abroad more cheaply than at home. The US and others have used a disputed method for assessing whether goods have been dumped and how much the the price is below what it should be.

It's not explicitly prohibited by the WTO rules, but the Appellate Body took the view that it was in effect against their spirit.

Professor Bacchus says that immobilizing the WTO Appellate Body is an attempt by the US to replace the rule of law in trade "with the rule of power".

Instead of turning to the WTO President Trump has repeatedly used tariffs to address his trade concerns, seeing them as a way to gain leverage over his adversaries. This has meant tit for tat tariffs against China in what is becoming a protracted trade war. They have also been used in disputes with countries including Brazil, Argentina, Turkey and the European Union.

With the WTO paralysed, these other countries may now be tempted to lend their support to the EU plans for a new an alternative interim system for settling international trade disputes. China, the world's second biggest economy, is also now reported to be looking to support the move.

In a statement the EU trade commissioner Phil Hogan said the WTO's problems are a "regrettable and very serious blow to the international rules-based trade system". And despite believing that a "comprehensive package of reform" is needed for the WTO he thinks it remains indispensable for ensuring open and fair trade.

The WTO's Director General isn't concerned that any interim arrangement for settling disputes, however widely supported, will replaced his organization just 24 years after it was founded.

Mr Azevedo says "I think what need to do is not lose focus on finding the permanent solution while at the same time we're working on some temporary fixes".