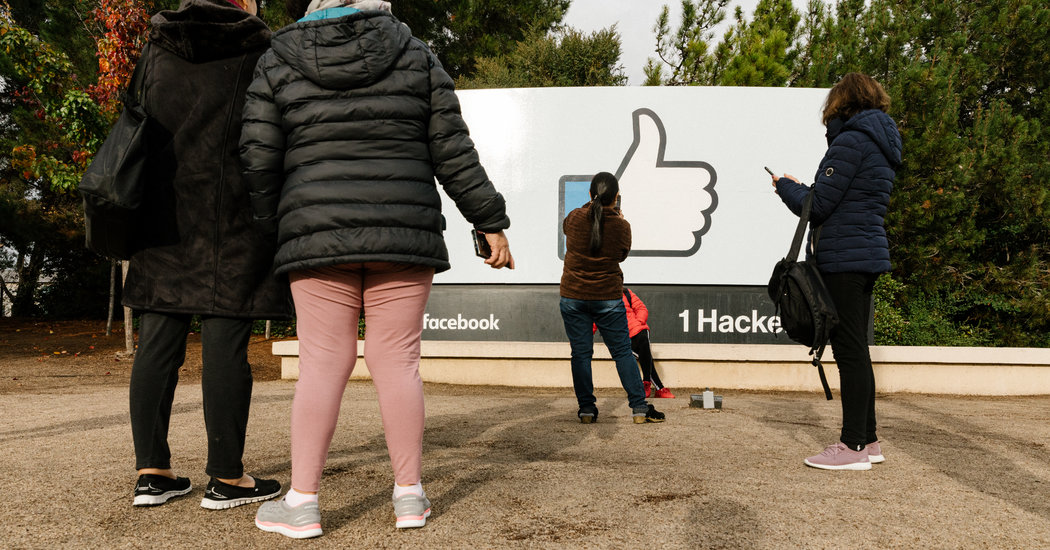 WASHINGTON — Facebook executives and Attorney General William P. Barr sparred on Monday over whether encrypted messaging products should be open to law enforcement, escalating a standoff over privacy and policing.

In a letter from the company to Mr. Barr, the executives overseeing Facebook’s WhatsApp and Messenger, Will Cathcart and Stan Chudnovsky, wrote that creating a so-called backdoor into their services for law enforcement would make their users less safe.

“The ‘backdoor’ access you are demanding for law enforcement would be a gift to criminals, hackers and repressive regimes, creating a way for them to enter our systems and leaving every person on our platforms more vulnerable to real-life harm,” the executives said. Their letter was sent ahead of a Senate hearing on Tuesday about encryption, at which Facebook and Apple executives testified.

At an afternoon event, Mr. Barr said that dealing with problems that strong encryption creates for law enforcement was one of the Justice Department’s “highest priorities.”

Mr. Barr said that drug cartels, child pornographers and other criminals increasingly used and hid behind messaging apps that law enforcement cannot access during investigations, even with a warrant. Companies like Facebook are selling the idea that “no matter what you do, you’re completely impervious to government surveillance,” Mr. Barr said.

The dueling comments were the latest volleys in a yearslong fight between tech companies and law enforcement officials over how to balance privacy and security with digital communications. It has ensnared not only Facebook, but also Apple, and it promises to become more intense as more messaging services become encrypted.

In 2016, a federal judge ordered Apple to help the Federal Bureau of Investigation unlock an iPhone tied to a 2015 mass shooting in San Bernardino, Calif. The agency ultimately unlocked the phone without Apple’s help, easing tensions for a time.

Mr. Barr renewed the debate this year, saying that Facebook’s moves toward end-to-end encryption — which shields the content of messages from everyone but the sender and recipient — makes it harder for law enforcement officers to track malicious behavior online. The technology makes it harder to investigate child predators and terrorists, he has said.

Mr. Barr, joined by his British and Australian counterparts, wrote an open letter to Facebook chief executive Mark Zuckerberg in October asking that he take steps to enable “law enforcement to obtain lawful access to content in a readable and usable format.” Companies, they said, “should not deliberately design their systems to preclude any form of access to content,” especially for the investigations of the most serious crimes.

Lawmakers of both parties echoed those worries on Tuesday, threatening to take action if the companies didn’t satisfy their concerns.

“You’re going to find a way to do this, or we’re going to do this for you,” said Sen. Lindsey Graham, Republican of South Carolina and the chairman of the Judiciary Committee. “You’re either the solution, or you’re the problem.”

If Mr. Barr wants to push the issue with Facebook or another tech company, he could take the issue to court, as the government did during the fight over encryption with Apple in 2016. In that case, the Justice Department had secured a search warrant for the phone of an attacker in the San Bernardino shooting. Prosecutors successfully pursued a court order compelling Apple’s assistance. Apple opposed the order. But when the agency found another way to unlock the phone, it dropped the case.

Throughout the hearing on Tuesday, Facebook and Apple representatives said that the companies were committed to working with law enforcement. The witness from Facebook detailed how the company could detect malicious content in spite of encryption.

Encrypting its messaging products is the central aspect of Facebook’s plan to rebrand itself as privacy-focused, after being battered for years by revelations that it mishandled user data. But it has also put the company, which is already the subject of consumer privacy and antitrust investigations, on another collision course with governments around the world.

In recent years, Facebook has undergone a networkwide shift from spreading information openly through the News Feed to more private channels, like Messenger, WhatsApp and Instagram Direct. As users have flocked to one-to-one and private group messaging, it has become more difficult to root out the spread of illicit activity — drug dealing, child pornography, firearms trafficking.

The network also has come under intense criticism for the role private messaging has played in the proliferation of misinformation. In the months before the Brazilian presidential election in October 2018, WhatsApp groups created by anonymous users spread misleading voting and candidate information.

In most regions outside the United States, WhatsApp plays an outsize role in how people communicate with one another, surpassing standard text messaging and other methods. Facebook’s strategy, led by Mr. Zuckerberg, has been to seize on that popularity and focus more on private and group-chat experiences.

In March, Mr. Zuckerberg unveiled a grand plan to encrypt and knit together the back ends of the company’s messaging services, an enormous feat of coding that could take years. The move could eventually help Facebook monetize those services, which account for relatively little revenue.

Jay Sullivan, who oversees privacy and integrity for Messenger, told lawmakers at Tuesday’s hearing, “We think it is critical that American companies lead in the area of secure, encrypted messaging.”