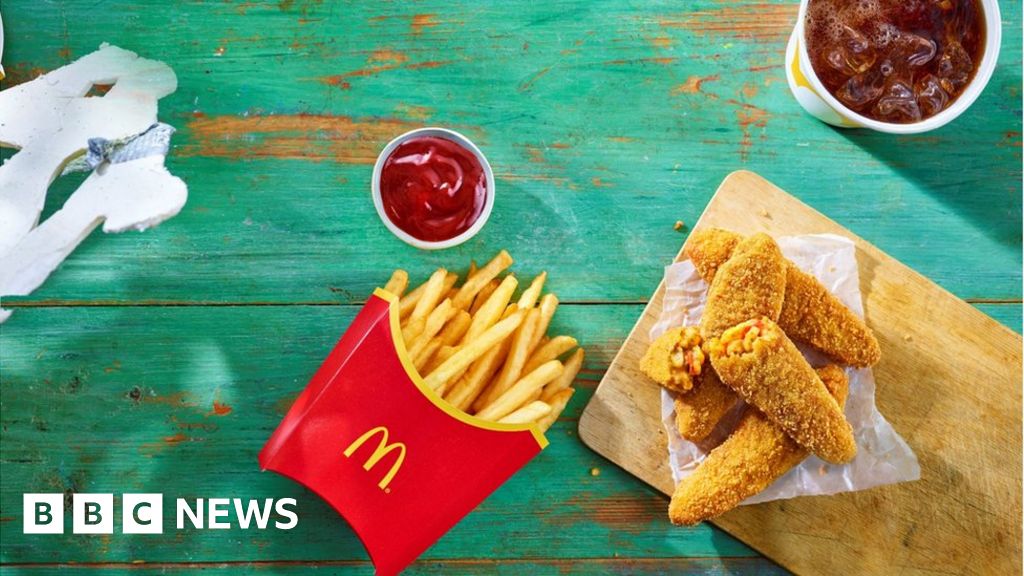 McDonald's is to join a growing list of fast food restaurants selling fully vegan meals in the UK.

McDonald's said its Veggie Dippers meal - including vegan fritters served with chips and a soft drink - will launch in the UK on 2 January.

It follows the likes of KFC and Greggs in introducing vegan options.

Animal rights activists Peta said a vegan meal was "the very definition of a happy meal".

However, it said it would continue to campaign for McDonald's to bring its McVegan burger, which is available in Finland and Sweden, to the UK.

The move comes as restaurants are capitalising on increasing demand from UK customers for vegetarian and vegan food options.

People are cutting down on meat for health reasons, and also due to environmental and animal welfare concerns, campaigners said.

The firm said that in the last 12 months it had seen an 80% increase in customers ordering vegetarian options at McDonald's.

"It is time for the brand famous for the dippable McNugget to launch a dippable option for our vegetarian, vegan and flexitarian customers," said Thomas O'Neill, head of food marketing at McDonald's UK & Ireland.

McDonald's is the latest fast food chain to offer a vegan products. Famously, Greggs launched a vegan sausage roll at the beginning of the year which it credited with boosting sales.

"When big global brands like McDonalds start serving up vegan food, it can have a huge meat-reduction impact overall, making eating vegan on-the-go both quick and accessible for all."

Peta director Elisa Allen said: "A vegan meal - one that doesn't require killing - is the very definition of a happy meal.

"We'll continue to encourage consumers to vote with their wallets and choose vegan to help spare pigs, cows, and chickens a short, miserable life and a violent death."

A survey by Mintel in 2018 found people giving a variety of reasons for eating less meat, including for its perceived health benefits, to try to lose weight, and because of animal welfare and environmental concerns.