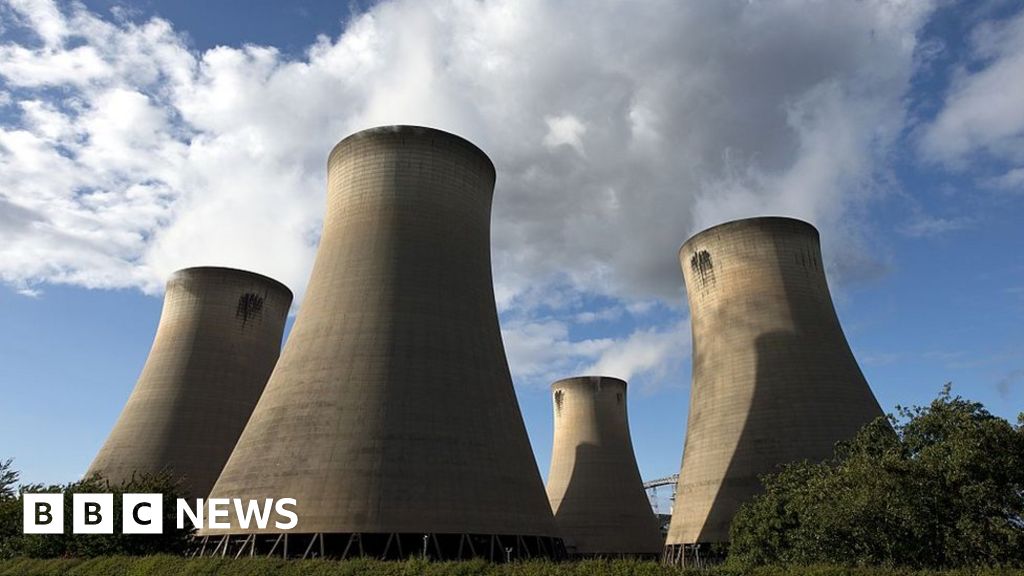 Drax, which generates 5% of the UK's power, has said it plans to capture more carbon than it produces by 2030.

The firm's power plant in North Yorkshire is already largely powered by renewable fuel such as wood pellets.

But now it hopes to scale up a carbon capture system that will allow it to capture millions of tons of carbon emissions from the plant.

However, the scheme will require its government subsidies - currently due to expire in 2027 - to be extended.

Drax, which is the UK's largest power station, used to run exclusively on coal, but it has converted four of its six units to burn wood as the country seeks to end its dependence on finite fossil fuels.

The firm said it plans to cut emissions in two ways. First, the sustainably farmed trees that provide its wood pellets absorb carbon emissions as they grow.

The second takes place at the power plant site as carbon-capture technology traps the emissions created by burning the wood.

At present, a pilot project at the site captures a tonne of carbon each day.

But Drax said it hopes to install they system at two of units by the end of the next decade, removing eight million tonnes of carbon dioxide from the atmosphere each year.

It also plans to close the two remaining coal-generating units at its North Yorkshire plant by 2025, although the company did not say how that would affect power output.

Biomass power generation has proved controversial with some environmental campaigners.

A Chatham House report from 2017 suggests burning wood is not carbon-neutral, as young trees planted as replacements absorb and store less carbon than the ones that have been burned. Others say it can lead to deforestation.

But Drax defends the sustainability record of its biomass supply chain.

However, the firm has yet to secure the subsidies it needs to help grow its carbon capture project to a scale that could make a difference to the UK's climate ambitions.

The firm currently receives around £2m a day from the state to support its green transition, but this support will run out in less than 10 years.

Prof Nilay Shah, head of the chemical engineering department at Imperial College London, told the BBC the country would need to produce up to 150 million tonnes of "negative emissions" to meet its net zero target.

Drax boss Will Gardiner said: "The UK Government is working on a policy and investment framework to encourage negative emissions technologies, which will enable the UK to be home to the world's first carbon negative company.

"This is not just critical to beating the climate crisis, but also to enabling a just transition, protecting jobs and creating new opportunities for clean growth - delivering for the economy as well as for the environment."