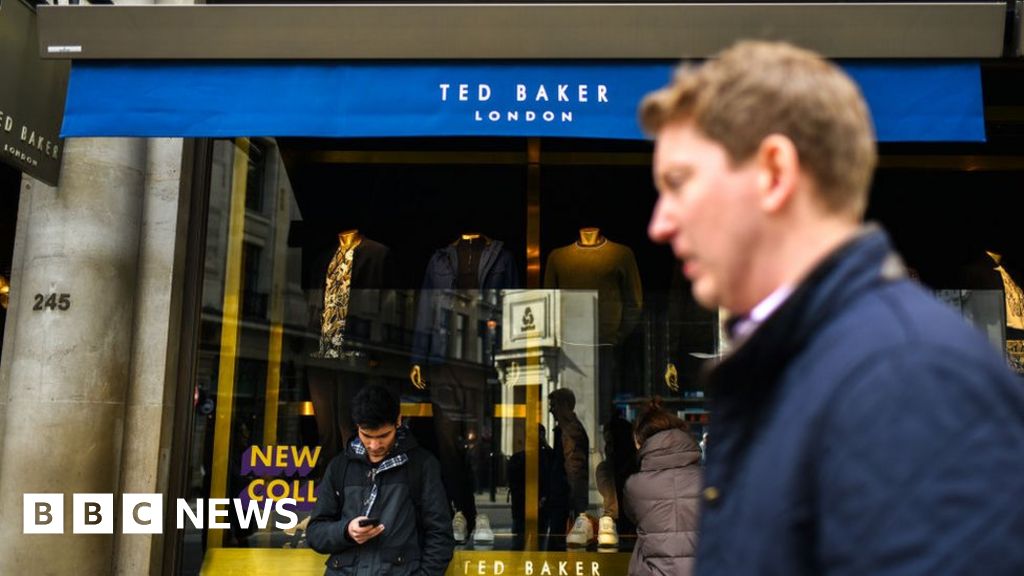 Ted Baker boss Lindsay Page, who was only appointed in April, has resigned from the troubled fashion retailer.

The firm also issued a profit warning, saying it now expected annual pre-tax profits of between £5m and £10m.

In addition, the fashion firm's executive chairman David Bernstein has stepped down.

Ted Baker said the past year has been the "most challenging in our history".

It confirmed it has hired consultants Alix Partners to carry out a review of the group's operational efficiency, costs and business model as part of an urgent recovery plan.

As well as its profit warning, it has also announced it has suspended its shareholder dividend payout.

Analyst consensus in October had been that its full-year profit would be £28.4m.

It said it was now reducing its full-year trading outlook "to a minimum profit before tax of £5m, with a potential outcome of up to £10m dependent "on Christmas trading and final year-end review".

Last week Ted Baker said it may have overstated the value of its stock by between £20m and £25m.