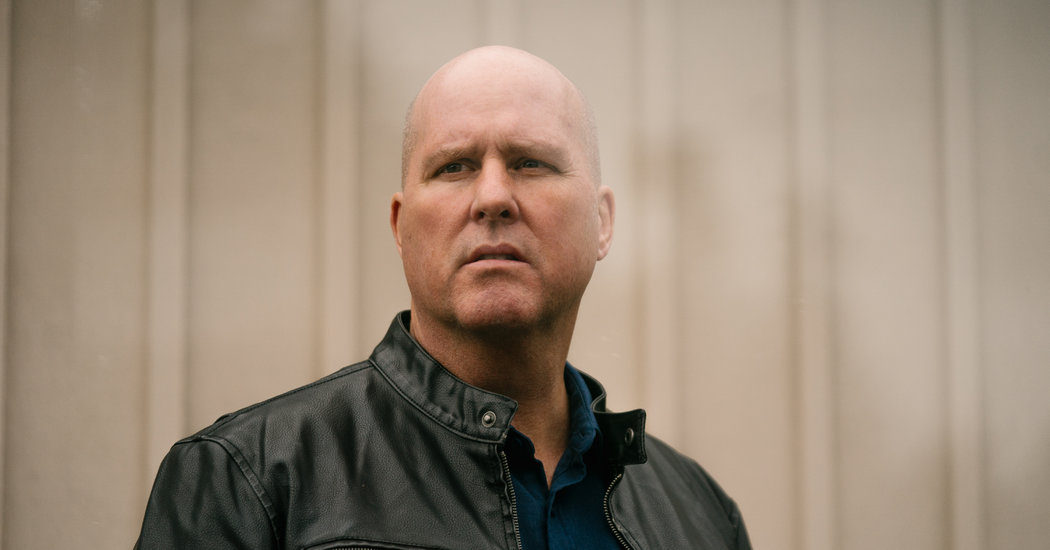 Four months before the first deadly crash of Boeing’s 737 Max, a senior manager approached an executive at the company with concerns that the plane was riddled with production problems and potentially unsafe. That manager, Ed Pierson, plans to tell his story to Congress on Wednesday.

Employees at the Renton, Wash., factory where the Max is produced were overworked, exhausted and making mistakes, Mr. Pierson said in an interview. A cascade of damaged parts, missing tools and incomplete instructions was preventing planes from being built on time. Executives were pressuring workers to complete planes despite staff shortages and a chaotic factory floor.

“Frankly right now all my internal warning bells are going off,” Mr. Pierson said in an email to the head of the 737 program in June 2018 that was reviewed by The New York Times. “And for the first time in my life, I’m sorry to say that I’m hesitant about putting my family on a Boeing airplane.”

Mr. Pierson, who is scheduled to testify at a House Transportation Committee hearing on the two 737 Max crashes, called on Boeing to shut down the Max production line last year. But the company kept producing planes and did not make major changes in response to his complaints. During the time when Mr. Pierson said the Renton facility was in disarray, it built the two planes that crashed and killed a total of 346 people.

Mr. Pierson did not raise concerns about the new automated system, known as MCAS, which caused pilots on both doomed flights to lose control. He focused on the potential safety hazards resulting from production problems.

Mr. Pierson retired in August 2018, partly because he was uncomfortable with the conditions in the 737 factory. After the first Max crash in October 2018, he took his concerns to Boeing’s chief executive, Dennis A. Muilenburg, and the company’s board. Boeing lawyers, including its general counsel, spoke with Mr. Pierson about his complaints, according to Mr. Pierson and documents reviewed by The Times. But Mr. Pierson said the company did nothing in response. The Max has been grounded since March, shortly after the second deadly crash.

Now, Mr. Pierson is going public for the first time. In an interview, he expressed concern that many of the planes produced in 2018 were unsafe and that Boeing was more focused on meeting production deadlines than on safety. On Wednesday, he will join witnesses including Stephen Dickson, the administrator of the Federal Aviation Administration, before the House committee, which is conducting a sweeping investigation of Boeing.

His account of the disarray lends new weight to reports that Boeing rushed the 737 Max to market, and echoes claims of the shoddy production of the 787 Dreamliner at Boeing’s factory in North Charleston, S.C.

Mr. Pierson believes that the production problems may have played a role in the crashes. In both accidents, MCAS was triggered when a vane installed on the plane’s fuselage malfunctioned.

“It doesn’t make sense that new airplanes are having these kinds of problems so early in their lives,” he said.

Boeing disputed the notion of any connection between the production problems and the crashes.

“The suggestion by Mr. Pierson of a link between his concerns and the recent Max accidents is completely unfounded,” a Boeing spokesman, Gordon Johndroe, said in a statement. “None of the authorities investigating these accidents have found that production conditions in the 737 factory contributed in any way to these accidents.”

In the interview, Mr. Pierson also identified 13 instances, besides the crashes, in which newly produced Max jets had safety incidents, including engine shutdowns and problems with hydraulics.

“Boeing is deeply committed to encouraging its employees to raise issues — particularly those that might involve safety or quality — and provides several internal avenues for employees to do so,” Mr. Johndroe said. “Mr. Pierson did the right thing by elevating his concerns.”

Mr. Pierson described a chaotic factory that was scrambling to produce the 737 Max despite mounting problems. By early 2018, he said, Boeing had a significant backlog in its production of 737 planes. Delays became 10 times more common, he said, and fewer than 10 percent of planes were being produced on time.

Despite this, in June 2018 Boeing continued with its plan to increase its production rate to 52 planes per month from 47 per month.

Mr. Pierson and his lawyers declined to answer whether he was seeking whistle-blower protection or filing a federal whistle-blower case. He has hired a prominent whistle-blower lawyer, Eric Havian, and could stand to gain monetarily if he pursued such a case.

During this time, Mr. Pierson said, a shortage of workers, including mechanics, electricians and technicians, caused the overtime rate at the factory to more than double. Workers were completing jobs out of sequence, leading to additional mistakes. And senior executives at Boeing exacerbated the problems, he added, by berating employees about delays and urging them to work faster.

“What I witnessed firsthand, the chaos and the instability in the factory, is really unsettling to me as someone who’s been around aircraft their entire life,” he said.

Mr. Pierson first expressed his concerns to the head of the 737 program, Scott Campbell, in June 2018. Mr. Campbell told Mr. Pierson that the company was focused on safety, but did not acknowledge his suggestion to shut down the production line, a drastic move that would have resulted in serious delays and significant costs to the company.

When Mr. Pierson met with Mr. Campbell in July 2018, he said, he again urged Boeing to shut down the Max line. Mr. Pierson had spent decades in the Navy before joining Boeing, and said he told Mr. Campbell that he had seen the military stop exercises over less serious concerns. In response, he claims, Mr. Campbell said, “The military isn’t a profit-making organization.”

Mr. Pierson retired from Boeing the next month, after 10 years at the company.

Last December, after the crash of Lion Air Flight 610 in October, Mr. Pierson sent a letter to Mr. Muilenburg expressing his concerns. In January and February, Mr. Pierson had several conversations with Boeing’s legal team, but said the lawyers “were more interested in placating me than seriously investigating the factory conditions.”

In late February, Mr. Pierson wrote a letter expressing his concerns to Boeing’s board of directors. Then, Ethiopian Airlines Flight 302 crashed on March 10, and he never received a response from the board.

At an earlier hearing, members of the committee read an excerpt from Mr. Pierson’s letter to Mr. Campbell, but did not identify him.

“The F.A.A. takes all whistle-blower complaints seriously,” said an agency spokesman, Lynn Lunsford. “Our team has interacted on several occasions with Mr. Pierson and his attorneys about his allegations.”

An N.T.S.B. spokesman, Eric Weiss, said the agency had thoroughly reviewed Mr. Pierson’s information and determined that the Transportation Department’s inspector general was the best office to review the claims.

Mr. Pierson is calling on the F.A.A. to investigate Boeing’s factory in Renton to ensure the production problems have been corrected. He also wants the agency to instruct Boeing and airlines to inspect, and if necessary replace, the vanes that played a role in the accidents.

He worries that once the Max is flying again, Boeing — scrambling to make up for the costly delays — will not have changed.

“Every indication to me is that the focus to is going to shift back to pushing planes out the door,” he said. “That’s concerning to me.”