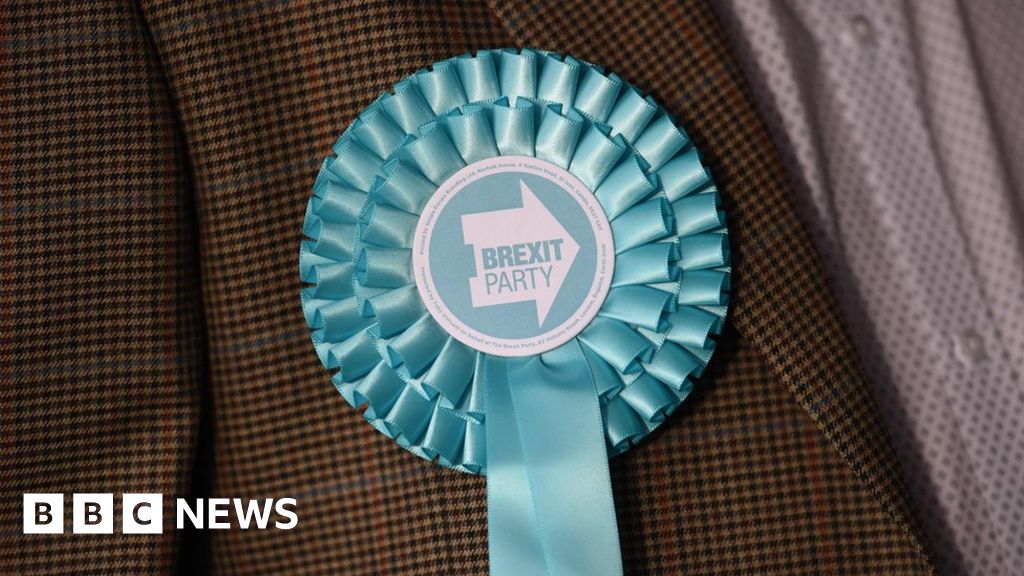 The Brexit Party has expelled a local councillor and dismissed a part-time official after they were filmed making racist comments.

The two activists were filmed by undercover reporters for Channel 4 News during campaigning in Hartlepool ahead of this Thursday's election.

He added that "immediate action" had been taken.

In the film, Councillor David Mincher was shown complaining that Muslims were "outbreeding us" and "live like animals".

He also boasted that he once tried to bury a pig's head under a mosque that was being built in the town - but later told the programme he made up the story "as a stupid act of showing off to your reporter".

He was also shown making derogatory remarks about Pakistanis, Somalis and Turks.

Gordon Parkin, described as the party's assistant manager for the North East region, was also shown saying Muslims were "outbreeding us".

He is shown adding that countries that "will not accept Muslims" don't "need a quarter of the prisons we need".

Mr Tice, who is standing as Brexit Party candidate in Hartlepool, said the party took action "within hours" when they became aware of the comments.

"I would take the gravest exception to any attempt by Channel 4 to suggest that I or the Brexit Party in any way share, condone or was aware of these views and matters," he added.

He also criticised the undercover filming by the reporters, and accused the channel of being prepared to go to the "most extreme lengths" to discredit Brexit and those who back it.

A Channel 4 News spokeswoman said: "We stand by our journalism".

Here is a full list of all the candidates standing in Hartlepool.