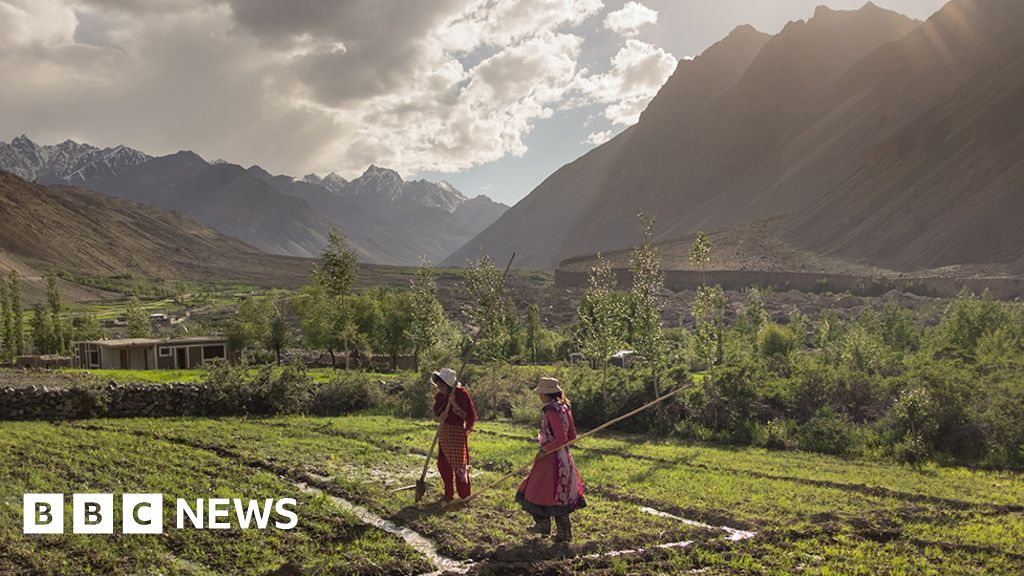 In a unique study, scientists have assessed and ranked the importance of Earth's great "water towers".

These are the 78 mountainous regions that are able to generate and then store vast quantities of water.

They deliver it in a controlled way to major populations living downstream.

The Dutch-led team finds Asia's Indus basin - fed by the Himalayan, Karakoram, Hindu-Kush, and Ladakh ranges - to be the most important storage unit on the planet.

Its waters, produced at high elevation from rain and snow, and draining from lakes and glaciers, support more than 200 million people settled across parts of Afghanistan, China, India and Pakistan.

But the Indus water tower, the researchers point out, is also the most vulnerable on their list of 78.

It's subject to a range of current and future pressures, from ever greater demand - for more drinking water, for increased irrigation and industry, etc - to issues that could severely curtail supply. The latter will include geopolitical tensions, given the Indus intersects national boundaries; but the most obvious threat is climate change. A warming world will disrupt precipitation patterns and denude glaciers of their storage capacity.

"If, basically, the demand is higher but the supply decreases, then we really have a problem," said research team-member Dr Tobias Bolch from the University of St Andrews, UK.

"And this is, I think, one of the major strengths of our study - that we have looked closely at both sides, so the supply index and the demand index," he told BBC News.

Dr Bolch was speaking here at the American Geophysical Union's Fall Meeting, the largest annual gathering of Earth scientists. His and colleagues' work has been published simultaneously in the journal Nature.

The team conducted the assessment across the major continents, identifying what it regarded as the five most relied-upon, natural water tower systems in those regions:

Africa does not appear in this listing, principally because it is devoid of major glacier systems. Ice bodies do exist on the continent, in places such as on Mount Kilimanjaro and Mount Kenya, but their contribution to downstream catchments is limited.

And one of the defining aspects of the towers is the way they are able to maintain essential water supplies to populations even in drought years through the steady melt of high-elevation ice in summer months.

What's clear from the study is just how much more vulnerable the Asian towers are compared with the rest of the world. Some of that has to do with projected future demand. Population growth in Asia will be much higher than in Europe, for instance.

But in Asia, too, there are specific political stresses that will challenge the future reliability of towers.

Examples include the Amu Darya and Syr Darya river basins. Their waters - again sourced from high-mountain glaciers - run through low-precipitation areas where there is intense competition for irrigation for agriculture. The much reduced size of the Aral Sea, which both rivers ultimately feed, is evidence of this.

The team, led by Prof Walter Immerzeel and Dr Arthur Lutz from Utrecht University, in the Netherlands, hopes the study will focus minds and lead to the development of new "international, mountain-specific conservation and climate change adaptation policies".

Dr Bethan Davies, a team-member from Royal Holloway, University of London, commented: "I think when we've talked about climate change and ice loss, a lot of the narrative has been around sea-level rise. But actually over the next 100 years, climate change is going to affect drinking water for people, water for power, water for agriculture - and in these water towers, we're talking about the supply to about 1.9 billion people. That's more than 20% of the world's population.

"We need to adopt urgent mitigation strategies or we will face severe water shortages," she told BBC News.

The water towers study was supported by National Geographic and Rolex as part of their Perpetual Planet partnership. A portal allows users to explore the data and compare tower rankings.