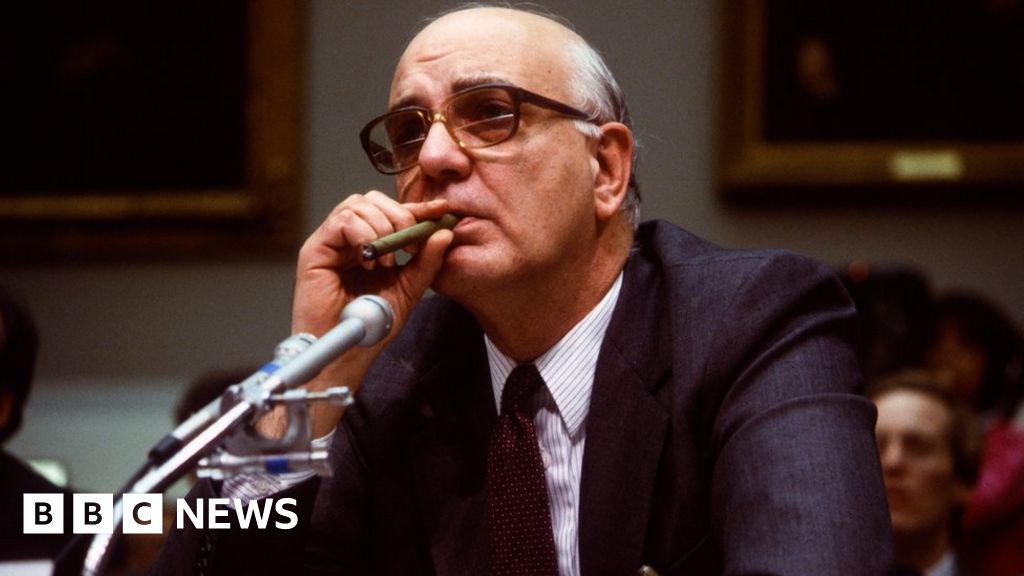 Paul Volcker, the former head of the US central bank who was known for fighting inflation, has died at the age of 92.

The move drove the US into recession, but was credited with creating the conditions for long-term growth. It also helped to burnish the bank's reputation for independence.

More recently he had advised former US President Barack Obama on bank regulation following the financial crisis, overseen the return of money to Holocaust victims, and investigated a United Nations oil-for-food programme.

Mr Volcker was a legendary figure in American finance. He had a reputation for thrift as well as towering height, given that he was six feet seven inches tall.

He was known for delivering some blunt truths to the US Congress. In order to reduce inflation, he said: "The standard of living of the average American has to decline. I don't think you can escape that."

In his 2018 memoir, Keeping At It: The Quest for Sound Money and Good Government, Mr Volcker said he had "a strong sense of concern about the future of this country, and more particularly the state of public service".

"Distrust and ill-will permeate attitudes toward government," he wrote. "Too many of the best in the assailed bureaucracy, both in Congress and in key administrative posts, have left too soon, doubting that their voices could be heard or that their goals could be achieved. That needs to change."

Born in 1927 in New Jersey, Mr Volcker was educated at Princeton, Harvard and the London School of Economics.

He served as an undersecretary at the Treasury Department during the Nixon administration and then president of the New York branch of the Fed, before former President Jimmy Carter appointed him Fed chair.

During his tenure, interest rates rose to more than 20% in 1981 - a move he insisted was necessary to bring an end to the rapid inflation then plaguing the US.

The move was credited with ending the inflationary cycle, by changing the public's expectations. As fears of rapid inflation waned, so did rapid spending and demands for pay increases - which had contributed to price increases.

Economic activity also dried up due to the sharp rise in borrowing, with Mr Volcker bearing the brunt of the blame.

After that shock, however, Mr Volcker reduced rates again, to less than 3%.

Decades later, as advisor to Mr Obama, Mr Volcker crafted the so-called "Volcker Rule" which aimed to reduce risky behaviour at federally-insured banks, banning them from using their own funds to invest in risky assets.

Mr Volcker had reportedly been suffering from prostate cancer. He is survived by two children and his wife, Anke Dening. His first wife, whom he married in 1954, died in 1998.