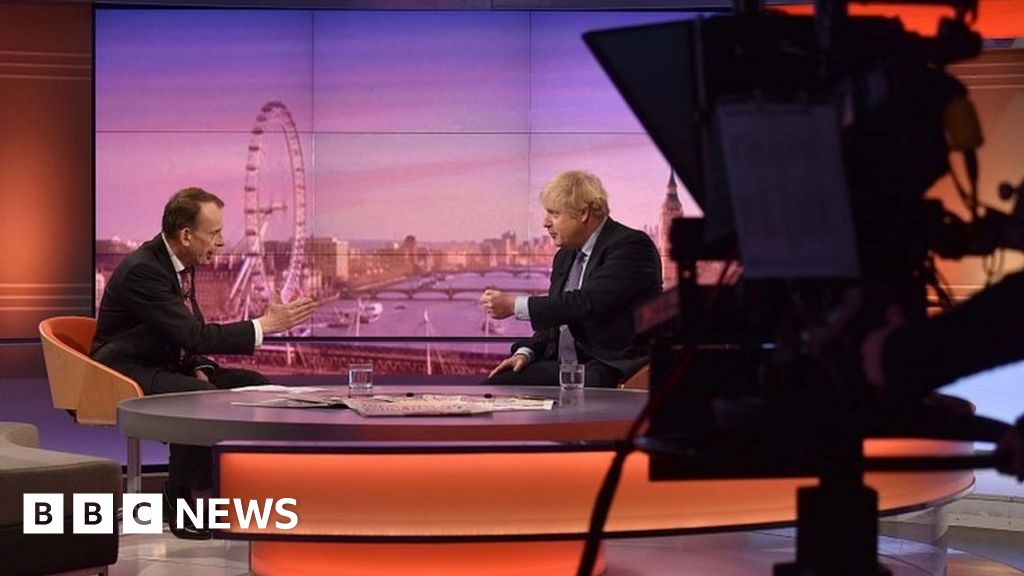 Boris Johnson has said the possible abolition of the BBC licence fee needs "looking at".

Speaking at a rally in Sunderland, the prime minister questioned how much longer funding a broadcaster out of "a general tax" could be "justified".

Ministers have agreed the licence fee will stay in place until at least 2027, when the BBC's Royal Charter ends.

Licence fee income was worth £3.6bn to the BBC in 2018-9, accounting for approximately 75% of the broadcaster's revenues and funding a wealth of TV, radio and online content. Last year, 25.8 million households had TV licences.

The government and the BBC are currently involved in a dispute over the funding of free TV licences for the over-75s.

Mr Johnson was asked by a member of the public whether he would consider axing all TV licences.

The prime minister said that, while he would not make up policy with three days to go before the election, it was an issue that was worth "looking at" in the future.

"You have to ask yourself whether that approach to funding a media company still makes sense in the long term given the way that other organisations manage to fund themselves," he said.

"The system of funding out of what is a general tax bears reflection. How long can you justify a system whereby everybody who has a TV has to pay to fund a particular set of TV and radio channels."

Various alternatives to the licence fee have been floated over the years, including subscription services or a compulsory broadcasting levy.

At the time of the last Charter Renewal in 2016, the government said the licence fee was likely to become "less sustainable in the long run".

While ministers said there were no plans to replace it with a subscription model, they said the BBC should be given an opportunity to explore whether to make any of its content available on a subscription-only basis.

In its manifesto, Labour says it will ensure a "healthy future" for all public service broadcasters, while the Liberal Democrats are promising to "protect the independence of the BBC and set up a BBC Licence Fee Commission".

The Brexit Party is pledging to "phase out" the licence fee.