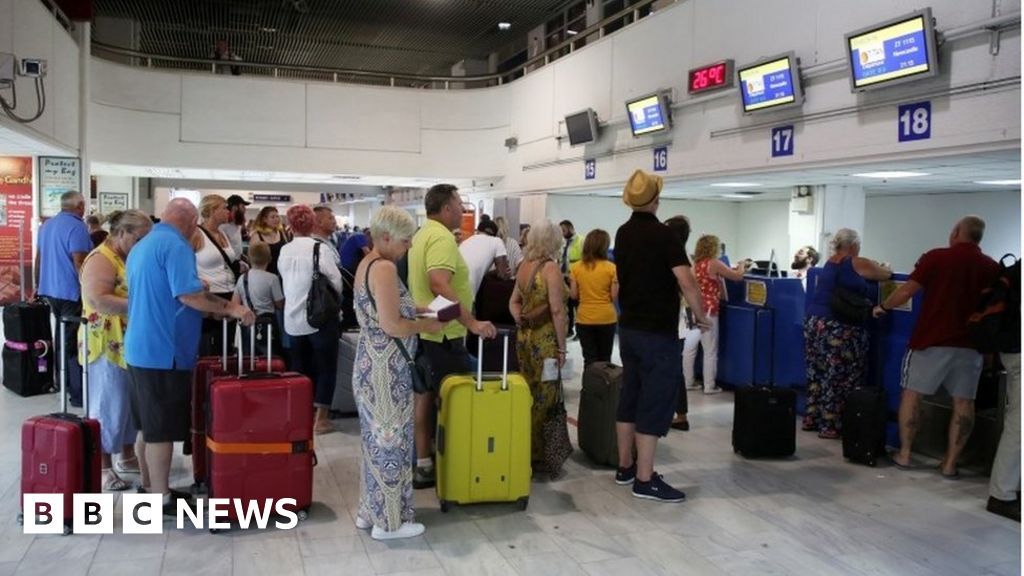 About 40,000 customers owed money after Thomas Cook's demise have been refunded within a promised 60-day deadline, according to latest figures.

The Civil Aviation Authority (CAA) initially said all 67,000 claims made on the first day of the refund process would get their money within 60 days.

But the CAA warned last week it needed more details to verify some claims and those refunds would be delayed.

Many customers were angered to receive the news ahead of Christmas.

The regulator launched its refund process for Atol-protected customers on 7 October, but many people claimed days or weeks after that date and so also face a wait of 60 days or more.

One customer, Billy Latham, contacted the BBC via email on Monday to say he was one of the people who claimed on the first day, but did not receive a refund by the weekend deadline.

He said: "I contacted the CAA on Saturday and was told my money was paid on Friday and if it did not hit my bank account on Monday to call back.

"Well Monday is here and no payments whatsoever, no one at the CAA is picking up the phones and even putting an answer message on stating they are too busy to speak with me due to high call volumes.

"The only question on my lips and the thousands of others with valid claims is 'when will we get out money back?'"

The regulator said the refunds operation had been challenging due to the potential for fraudulent claims.

"I appreciate that this is a concerning time for Thomas Cook customers who are waiting for their refunds, particularly at this time of the year," Mr Moriarty said.

Some 300,000 claims have been received so far, 215,000 of which have been confirmed as valid. However, this figure includes about 90,000 direct debit customers in October whose money was automatically returned.

The CAA says about 40,000 of the cancelled holidays eligible for a refund have still not been claimed for. Customers have until September next year to submit the online form.