'It's inexcusable we don't know who we can hire' 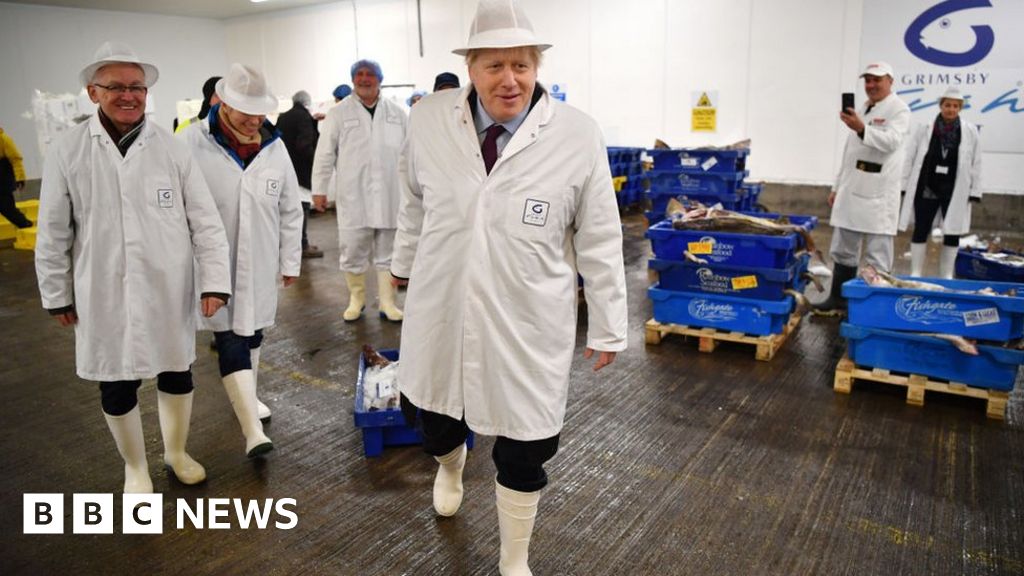 'It's inexcusable we don't know who we can hire'

A business group has said it is "inexcusable" that firms do not know who they would be able to hire this time next year under Conservative plans for a points-based immigration system.

The British Chambers of Commerce has demanded clarity on how the proposed points-based system would work.

The head of the BCC said farmers were already leaving fruit to rot in fields because of difficulties hiring workers.

The Conservative Party says the proposed system is "fairer".

Over the weekend, the party said a Conservative government would introduce a new system to sort migrant workers into three categories after Brexit.

Entrepreneurs, investors and people who have won awards in certain fields would receive fast-track entry under the system.

Meanwhile, skilled workers - such as doctors, nurses and other health professionals - who have a confirmed job offer would be placed in another category, with those eligible for an NHS visa also receiving fast-track entry and reduced fees.

For low- or un-skilled workers, sector-specific rules would be put in place to fill gaps where UK workers cannot be found.

But business groups fear that the plans would leave hiring decisions in the hands of bureaucrats rather than firms.

"What we really do need to see is an immigration system that offers businesses clarity and simplicity," BCC director general Adam Marshall told the BBC's Today programme.

He stressed that it was important for businesses to understand details of how that system would work.

"Simply saying you're going to have an Australian-style, points-based system - without giving businesses a route map for what that means for them - is not good enough, frankly," Mr Marshall said.

Mike Cherry from the Federation of Small Businesses said: "While a points-based system sounds attractive, we need a system for the UK and our four nations, not for Australia."

Further, he said "arbitrary" assessments of when and where low-skilled workers are needed would be costly.

Matthew Fell from the CBI business lobby group said the plans focused too heavily on bringing in workers who are the "brightest and the best".

"As important as attracting high-skilled workers is, low-level skills are still very much in demand for business."

He said that industries ranging from hospitality and construction to agriculture and the care sector depended on low-skilled workers.

"Workers needed to boost economic growth must feel welcome in the UK," Mr Fell said. "Until there is more detail, these plans will leave them nervous."

But Rishi Sunak, the Conservative Chief Secretary to the Treasury, said the system would mean visas were processed much more quickly than they are at present.

"We want an immigration system that is responsive to the needs of our economy and society and actually responsive to what business wants," he told the Today programme.

Over the weekend, Home Secretary Priti Patel said the Tories would create a "fairer system" which would attract the "brightest and the best from around the world" while getting immigration down.

She said: "The vote to leave the EU was a vote to take back control of our borders, and that is exactly what a Conservative majority government will do by getting Brexit done and ending freedom of movement."