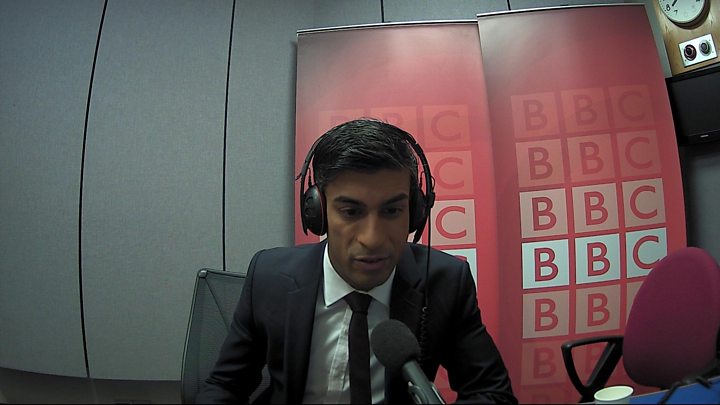 Putting Boris Johnson's plan for Brexit into action will be a "major" challenge for government due to new customs arrangements for Northern Ireland, according to a leaked document.

The PM has said the UK will exit the EU by December 2020 if he wins the election and MPs approve his plan.

But the document says government will struggle to deliver the infrastructure and staffing needed by that deadline.

The PM did not directly comment on the report when asked.

But Mr Johnson instead said his plan was a "great deal" for both Northern Ireland and the rest of the UK, and would "give the country real momentum".

It comes as the leader of the Democratic Unionist Party, Arlene Foster, said Mr Johnson "broke [his] word" after promising there would be no checks between Great Britain and Northern Ireland after Brexit - a red line for her and her candidates.

Throughout the election campaign, the PM has denied there will be checks in the Irish Sea, despite telling the BBC in the days after his deal was agreed that some checks would be needed.

BBC Reality Check has looked into the claims and concluded some goods entering Northern Ireland from Great Britain will have to be checked.

Mr Johnson has pledged to finalise leaving the EU by 31 January, and said a trade deal will be done with the bloc by the following December.

However, he has also said if no deal is done by that deadline, the UK will still leave - meaning all transition agreements will come to an end by the close of 2020.

First reported by the Financial Times, the document from the Department for Exiting the European Union (DExEU) has cast doubt on whether the government will be ready to meet this proposal when it comes to new arrangements between Great Britain and Northern Ireland.

The BBC has also seen the document - which was circulated to senior officials in Whitehall last week - that warns of "high levels of checks and controls" as a result of the deal, and says there may be "legal and political" impacts.

It reads: "Delivery of the required infrastructure, associated systems, and staffing to implement the requirements of the protocol by December 2020 represents a major strategic, political and operational challenge."

But Chief Secretary to the Treasury Rishi Sunak - who sits on the "exit operations committee" for Brexit planning - told BBC Radio 4's Today programme he had been "incredibly impressed by all the preparations that have gone on".

He said such planning meant the UK was in "very good shape, not just to deal with new trading relationships, but all the other things".

The pro-Leave DUP has previously backed the Conservative Party, giving Theresa May a working majority in Parliament, but it has been critical of both her withdrawal agreement with the EU and Mr Johnson's.

Speaking to Today, Ms Foster said the DUP had spoken to HMRC officials after Mr Johnson's deal was done, and they had made it "very clear" to her that there would need to be checks on goods travelling between Northern Ireland and Great Britain.

"This is very concerning for us as it goes to the heart of the act of union," she said.

"Boris wants to, in his words, 'get Brexit done', and I completely understand that. But you can't leave part of the UK in a worse-off position."

Asked repeatedly whether she could now trust anything the prime minister said, Ms Foster added: "It is very important for us in Northern Ireland not just to have the words but the detail. It says more about the person who broke their word."