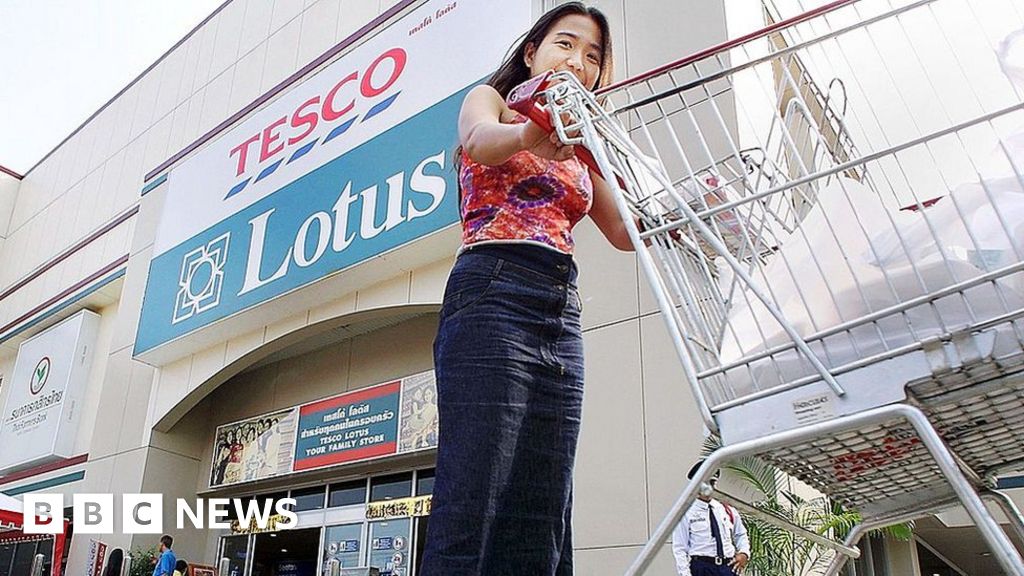 The UK's biggest retailer, Tesco, is considering the sale of its stores in Thailand and Malaysia.

Tesco has about 2,000 stores in the two countries under the Tesco Lotus brand and employs some 60,000 people.

If a deal is agreed it would mean an almost complete retreat from international markets for the supermarket giant.

The company's only other overseas stores, other than Ireland, are in its loss-making European unit.

On its website the company said it had started a review of the Asian businesses "following inbound interest" but did not name the potential buyer or buyers.

The statement also said the review was at an early stage, and "no decisions concerning the future of Tesco Thailand or Malaysia have been taken".

The announcement signals another potential pullback by Tesco from its once-ambitious global expansion.

If a sale does go ahead it would mean the company would be left with stores in the UK and Ireland, and an unprofitable division in central Europe. That unit covers the Czech Republic, Hungary, Poland and Slovakia.

It comes as the company shifts its focus as part of a turnaround programme launched five years ago.

The recovery plan was in response to an accounting scandal, and in the face of competition from rival supermarket chains and online competitors.

Tesco has shed several businesses across the world in recent years.

In 2015 it sold its South Korean unit for $6.1bn, and a year later offloaded its Kipa business in Turkey, the country's largest supermarket chain.

At the same time it sold the Giraffe restaurant chain just three years after buying it for £49m.

Tesco had previously withdrawn from the US, Japan, and China.

This latest development comes after chief executive Dave Lewis shocked investors in October by saying he would stand down "in the summer of 2020".

He took over the top job at the company in 2014, shortly before it was revealed that the retailer had been overstating its profits.